PASADENA, Calif. — The choice for Dwayne Haskins could go either way, and the Ohio State quarterback doesn’t feel like any decision would be wrong.

But it’s becoming increasingly clear that the redshirt sophomore is not only ready for the NFL, he might be crazy to turn down the chance to be the No. 1 overall pick in the draft.

It’s been a truly remarkable rise for Haskins, who capped his only season as the starter for the Buckeyes with three more touchdown throws and a Rose Bowl victory over Washington on Tuesday. And if the 28-23 win is his last outing with Ohio State, nobody could blame him for moving on after rewriting the record books at Ohio State and finishing as a Heisman Trophy finalist.

“Nowhere as far as like gaining any momentum with that [decision],” Haskins said. “I still have a lot of time making the decision, working with my family and teammates and coaches to figure out what’s best for me.

“But right now I’m excited to get this win. Excited to leave Coach [Urban Meyer] with this victory for myself and the rest of the teammates. It’s a blessed situation right now.”

The Buckeyes were equally fortunate to have Haskins in the pipeline waiting to take over this season, and his prolific passing won’t be forgotten anytime soon by the program.

Of course, he could always come back for another season of development under Ryan Day, another run at the Heisman and a potential push for a national championship. But with millions of dollars at stake, Haskins is might not be able to resist the pull of the NFL.

Either way, Haskins will come out a winner. And Ohio State surely won’t complain after he gave them a Big Ten championship and a Rose Bowl trophy in the greatest season by a quarterback in program history. 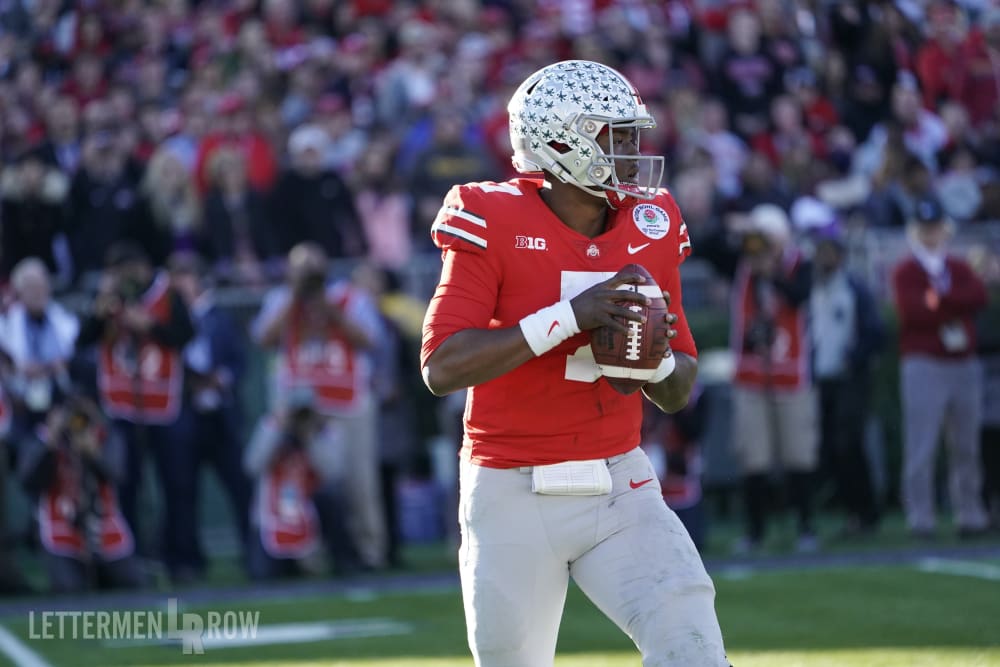 Ohio State quarterback Dwayne Haskins could be heading to the NFL after the Rose Bowl win. (Birm/Lettermen Row)

The Buckeyes didn’t look quite as sharp after the long layoff as they did while carving up Michigan and Northwestern to clinch both the East Division and then the Big Ten title. Issues with penalties and protection at times from the offensive line didn’t help, and that seemed to impact the rhythm for Haskins and the passing attack. But he still completed 25 of his 37 throws for 251 yards and three touchdowns against one of the nation’s best defenses, which will again be enough to show NFL scouts and general managers that he’s worth investing a lot of draft capital and money in moving forward. 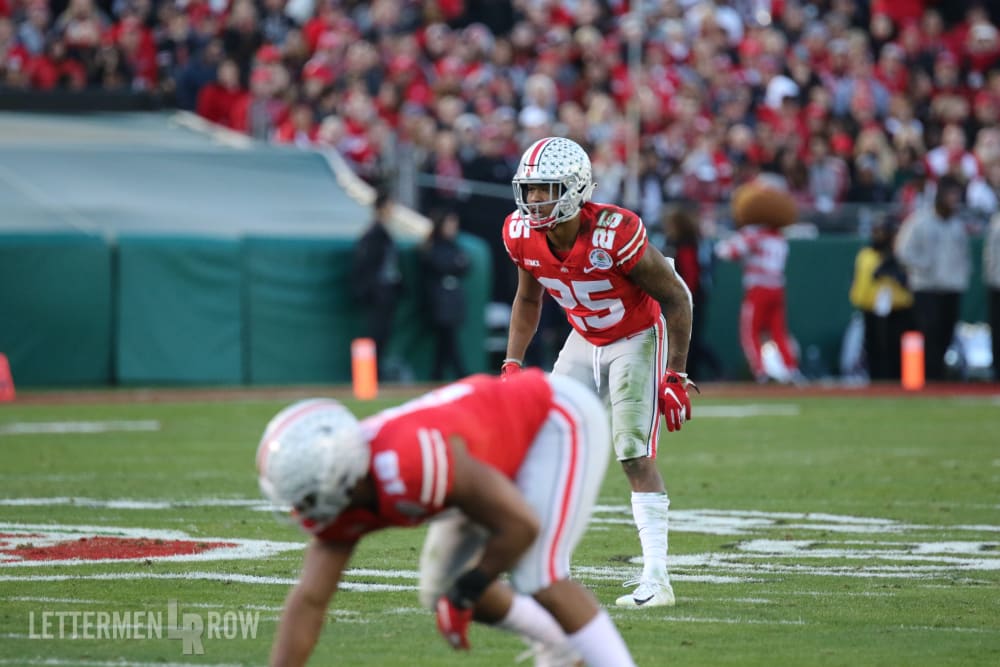 The Buckeyes were quite simply a different team once Brendon White was inserted into the starting lineup at safety. It remains a fair question why it took so long, but the only thing that ultimately mattered was the sophomore eventually found his way into the rotation — and thrived. White finished with eight tackles in the Rose Bowl, adding two tackles for loss and an interception of a two-point conversion attempt to make it clear that he’ll be a fixture for the Buckeyes heading into next season. Ohio State could be overflowing with talent on defense and building something special, and White has all the makings of a key cog in the secondary. 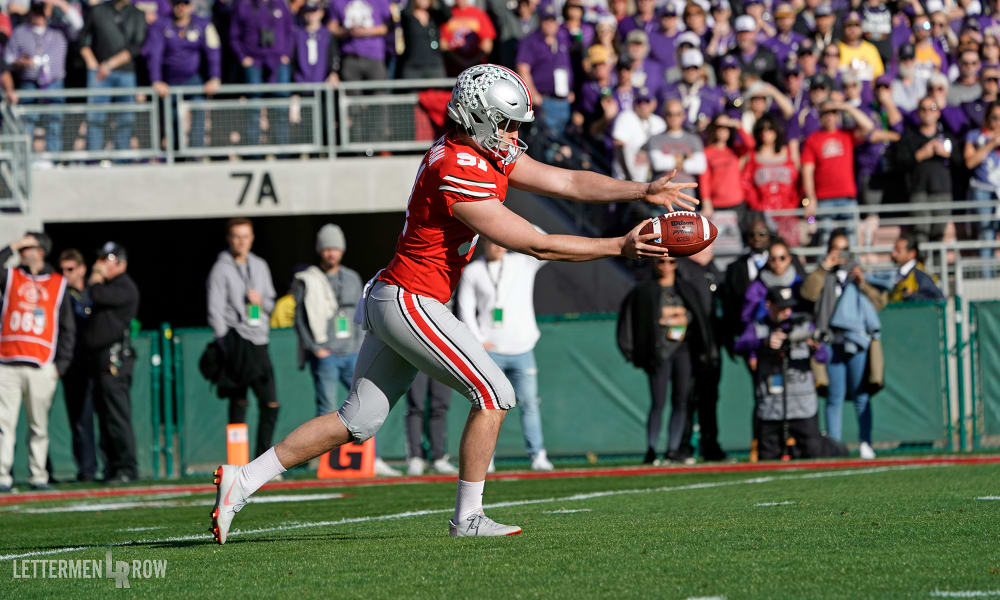 As always, the Buckeyes would prefer not to lean on their strong-legged punter to win the field-position battle. But as Chrisman has done on numerous occasions this season, he proved he could be a useful weapon in situations where the offense happens to get bogged down and Ohio State needs a boost. Chrisman boomed three of his attempts more than 50 yards and had two punts downed inside the Washington 20-yard line, adding one more productive outing to an impressive resumÃ© for a sophomore campaign that is in the books.