Stay in touch or be left out because Ohio State recruiting is a 24-hour, seven-day-per-week obsession. What’s the latest news as the Buckeyes build for the future? Get that and more Sunday through Thursday on Lettermen Row. Tuesday, Lettermen Row examines the Early Signing Period for the Class of 2020, which kicks off Wednesday morning.

The Buckeyes have 25 current commitments and the Big Ten’s top-ranked class. Right now, 24 members of the 2020 recruiting class are expected to sign a Letter of Intent with Ohio State on Wednesday.

These are the currently committed players that Ryan Day and the Buckeyes should ink on Wednesday and their 247Sports.com composite ranking, including their star ranking and overall rank at their position. The 247Sports composite provides an industry average so instead of one website’s subjective ranking, we get all of the subjective rankings combined.

Some of these players are not listed in the position they’re expected to play at Ohio State. Lejond Cavazos will start his Buckeyes career as a cornerback, for example and other guys — like Jacolbe Cowan and Darrion Henry — are likely to play multiple spots along the defensive line.

UPDATE: This list originally included four-star prospect Cameron Martinez, an athlete from Michigan who is expected to play defensive back for the Buckeyes. Martinez is no longer planning to sign during the early period, though he remains committed to the program. He updated his situation in a conversation with Lettermen Row on Tuesday night.Â 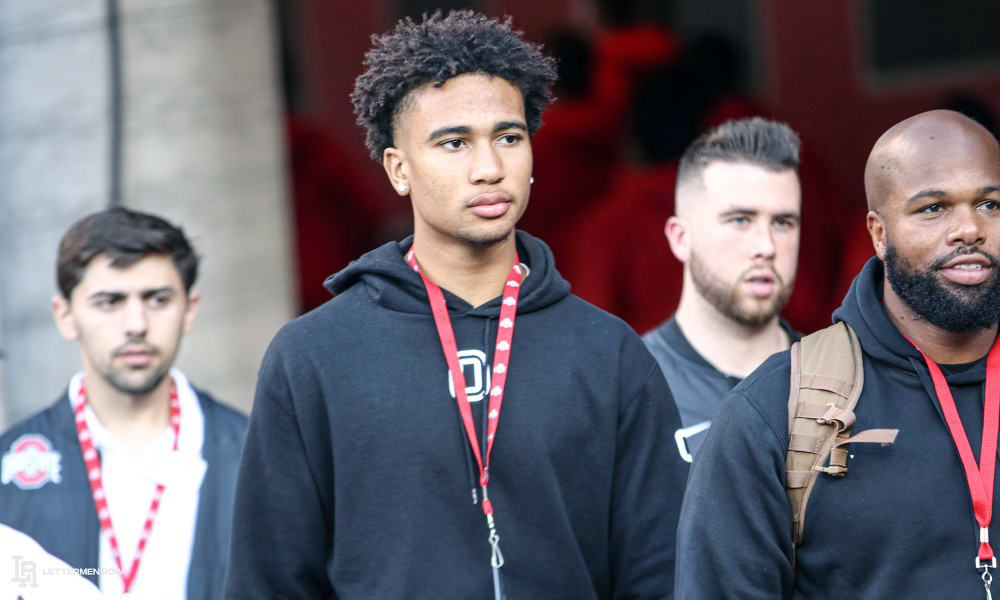 The Buckeyes don’t have a lot of room left in the Class of 2020, so there aren’t many names still being linked to the program this week who aren’t already verbally committed to Ryan Day.

That doesn’t mean there aren’tÂ any uncommitted names to pay attention to, though, because two uncommitted players that have Ohio State in their final group of schools will announce commitments on the first day of the early signing period.

The biggest name the Buckeyes will be waiting to hear from is Rancho Cucamonga (Calif.) 4-star quarterback C.J. Stroud, the country’s top-ranked uncommitted quarterback and a player the coaching staff has made a priority since the summer. Yes, the Buckeyes have a quarterback committed, but there’s an absolute need for two in this class as Day looks to provide a little stability in a position group that has been decimated by attrition in the last two years.

Ohio State is also still a potential landing spot for Knoxville (Tenn.) Catholic 4-star defensive end Tyler Baron, but he’s not expected to pick the Buckeyes on Wednesday and will instead make his decision between Tennessee and Kentucky.

What is Clark Phillips going to do?

In a recruiting cycle that’s been relatively drama-free for Ohio State, the matter of what Clark Phillips will do looms rather large following his official visit to Utah last weekend.

Phillips had been locked in, ready to sign and then enroll early with Ohio State since June. But the departure of co-defensive coordinator Jeff Hafley has thrown his plans for a loop.

And now Ohio State and Utah are locked in a battle for the signature of the country’s fourth-ranked cornerback. Phillips was last at Ohio State over the Nov. 24 weekend and made that trip to finalize plans for his early enrollment in Columbus. But as of Tuesday morning, there’s been no clear-cut, final answer given as to which way he’s leaning.

The Buckeyes have a major need at cornerback in 2020 and continue to be one of the country’s premier developers of defensive backs. But the uncertainty around who would be coaching him has Phillips and his family on the fence. For the 48 hours or so following the Hafley announcement, there was no contact between Ryan Day and his highest-ranked defensive commitment, but that was simply a matter of Phillips wanting to be locked into his official visit at Utah as a measure of respect to the Utes coaching staff. Contact between the Buckeyes and the La Habra (Calif.) standout resumed on Monday.

A final decision from Phillips is going to be announced Thursday afternoon at 2 p.m. The plan for Phillips has always been to sign on Thursday, so that isn’t a change based on recent events. It does mean, however, thatÂ there is still time for Clark and his family to answer one important question.

Do they trust Ryan Day, his vision for the future and his ability to land a coach who would provide him what Jeff Hafley showed he could?

Which Ohio State signees are going to enroll early?

Ohio State will sign at least 24 players this week. And of that group, half are set to begin their Buckeyes careers in January.

Which members of Ryan Day’s first full recruiting class will be on campus early for Ohio State?

If the Buckeyes are able to land C.J. Stroud and hold on to Clark Phillips, that duo will also start their college careers next month.