COLUMBUS — The film study started on offense as soon as Ohio State got back from a fruitless two-game road trip, and really there was no other option.

The defense had largely been good enough to get at least one win, if not for troubles on the other end with poor shot selection, inconsistent jump shots — and a flood of turnovers.

Perhaps more than anything, the problems holding on to the basketball had Chris Holtmann’s attention as the Buckeyes went back to work this week looking to snap the first three-game losing streak since he took over the program. And that will again be under the microscope on Friday night as Ohio State welcomes No. 19 Maryland in a key Big Ten battle.

“Last game we had, what, 21 turnovers? It doesn’t matter what league you’re in, you can’t win with that many turnovers,” Ohio State guard Keyshawn Woods said. “I know that, our team knows that, so we have to be smarter with the ball, make the right reads.

“[Holtmann] has really been preaching that all week to make sure that we know we can’t have those types of silly turnovers.” 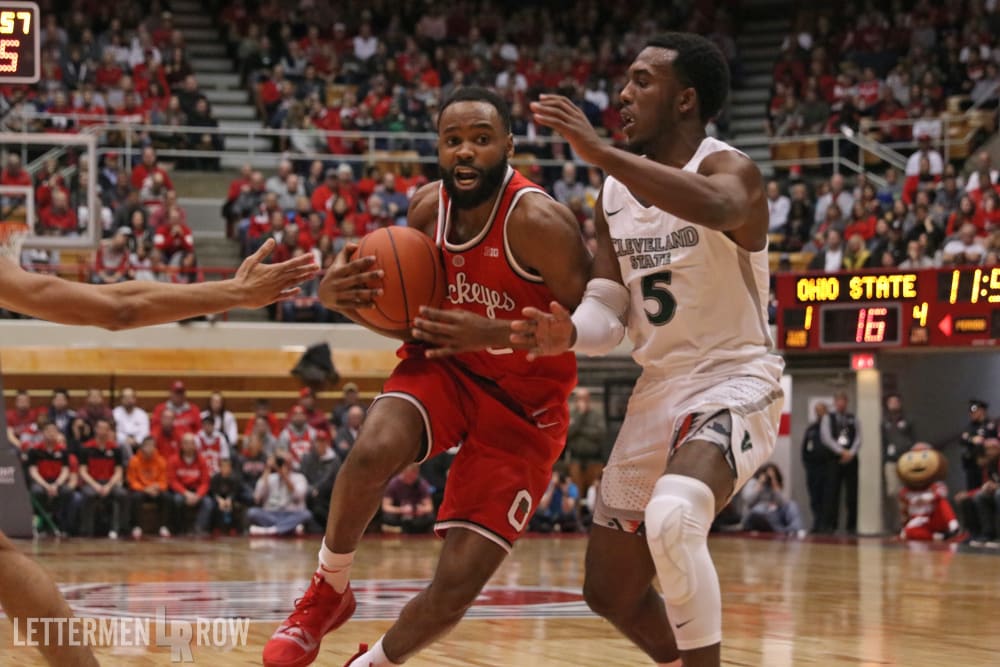 If there was a common thread between those 34 giveaways over the last two outings, that might make it easier for the Buckeyes to address.

But it’s partly been a lack of focus, partly a product of inexperience and perhaps also just what happens on the road occasionally in one of the toughest conferences in the nation. That doesn’t mean, though, that Holtmann or the Buckeyes are just going to point to those excuses instead of searching for a solution with plenty more challenging games ahead after the visit from Maryland on Friday.

“You know, I just thought we were really careless in the Iowa game and in some case the Rutgers game,” Holtmann said. “I see a combination of things. I think we’re careless at times, perhaps as coaches we need to get the ball in the hands of other guys — and then I see some youth and inexperience with guys doing some things that older guys don’t typically do.”

That experience will come, but Ohio State doesn’t have much time to be patient at the moment. Former Buckeyes standout Terence Dials was back in the Lettermen Row film lab looking at the offensive issues and how the program can get back on track in his latest episode of BuckIQ. Will Ohio State get off the losing skid against Maryland and protect the basketball?