This one took a bit of all Ohio State has.

But the Buckeyes first rallied from down eight, blew a 12-point lead and then finished the game on a 13-0 run Thursday night in a gallant, 69-60 win at Creighton in the Gavitt Tipoff Games that pitted the Big Ten against the Big East.

Now, Ohio State is 3-0 and has the two-best true road wins of any college basketball team barely one week into the season.

How did the Buckeyes rally this time and stave off the Bluejays? We fill you in with Lettermen Row’s Three Points on the road to victory.

1. Keyshawn Woods proving his worth quickly

Graduate-transfer Keyshawn Woods had some timely moments in Ohio Stateâ€™s first two wins, but the veteran looked like a supreme addition in this contest. Woods exploded for 19 points, 15 of them as the Buckeyes built a 37-25 halftime edge, and connected on 3-for-5 from distance.

Late in the game, after OSU had stared down a 60-56 deficit, Woods helped spur the game-clinching sprint to the buzzer with a brilliant pass that Kyle Young dunked home. 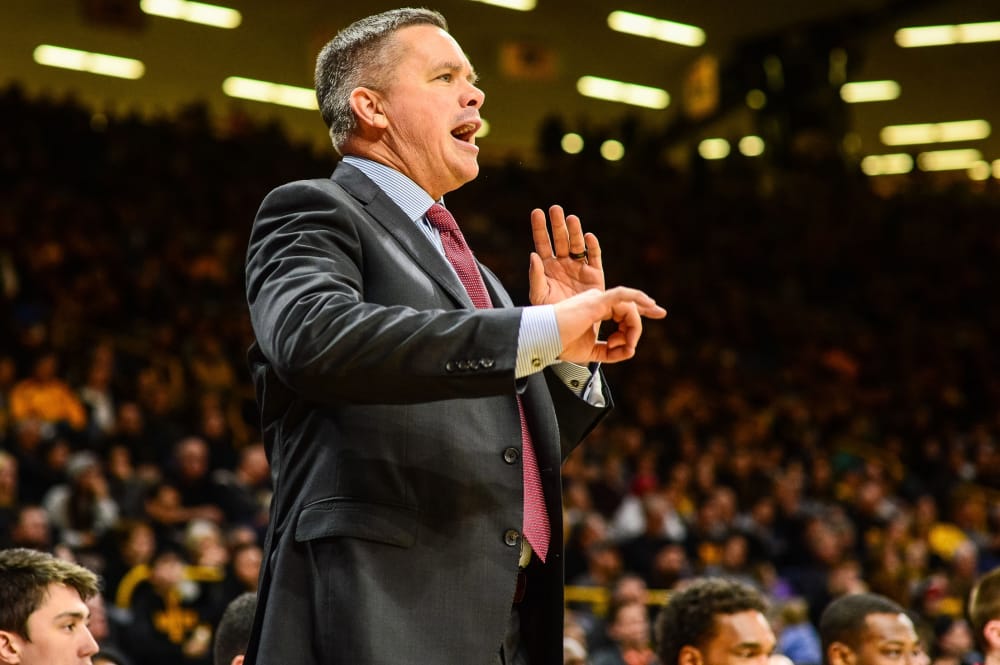 2. Ohio State has no shortage of options

Kaleb Wesson did plenty in the first two games and had key moments in this contest as well, as the sophomore closed with nine points in just 21 minutes. But like his brother Andre Wesson, he hit some of his limited shots on this night at crucial moments.

So, too, did Kyle Young. After he blanked a pair of free throws with the Buckeyes trailing, Young battled for an offensive board and putback that whittled the deficit. Young finished with six boards and six points in 23 minutes.

And then there was Duane Washington Jr., who last was seen eviscerating the Mastodons with a 20-point outburst off the bench. Against Creighton, Washington was part of an offensive effort that hit on 10 of 21 3-pointers. Washington converted three of his four attempts from long-range and now has hit 10-for-15 in his first three collegiate games.

3. C.J. Jackson shows up in the clutch

The teamâ€™s veteran-most player, C.J. Jackson filled the role of consistent scorer and steady hand in the opening two wins. Combined with freshman Luther Muhammad, the duo had propelled what was an explosive backcourt all the way through the first half Thursday night — even as Jackson didnâ€™t score and Muhammad had just four points.

But Jacksonâ€™s completely unexpected offensive struggles coupled with Muhammadâ€™s freshman mistakes in terms of foul trouble took a major toll on the Buckeyes in the second half as the Blue Jays turned a 12-point deficit into a lead.

Jackson, inside the final four minutes, was 0-for-7 from the field directly on the heels of a 25-point effort in the win against Purdue-Fort Wayne; Muhammad had a plus-3 but missed crucial stretches with three and then four fouls.

Both players, however, stepped up in pivotal final-minutes moments. Jackson scored five points during the Buckeyesâ€™ decisive game-finishing run; Muhammad forced a turnover late as Creighton clawed for life.

Through their first five halves of hoops, the Buckeyes had connected on an insane 30 of 61 3-point attempts. â€¦ The Buckeyes bench supplied 25 first-half points â€¦ Ohio State shared the ball very well again in the opening 20 minutes, with nine assists on 14 made buckets. â€¦ Up next for the Buckeyes is a Sunday matinee at home against South Carolina State.