The losing skid is over, and Ohio State isn’t dead yet.

Winless in the New Year and falling into dangerous bubble territory as they hit the road on Saturday, Chris Holtmann and the Buckeyes unleashed a month’s worth of frustration with the kind of effort that was a hallmark of their early-season success.

Critical 3-pointers were knocked down. The rebounding edge belonged to Ohio State. The second-chance plays went the way of the Buckeyes. And a stingy defense set the tone as a five-game losing streak came to an end on Saturday afternoon with a 70-60 win over Nebraska.

What changed for Ohio State? Can the Buckeyes build on the win and get back into the NCAA Tournament picture? Lettermen Row breaks it down with Three Points on the critical victory.

With the Buckeyes actively working to keep Kaleb Wesson out of foul trouble and keeping him on the bench for most of the first half, there was no other choice but for other offensive options to handle the scoring load. His brother Andre built on some individual momentum with a solid, energetic start, combining with Keyshawn Woods for a surprising 14 first-half points as Ohio State built an early lead. From there, Luther Muhammad took over in the second half with one of the best outings of his young career, carrying the Buckeyes down the stretch with a game-high 24 points.

The recent struggles of Woods in particular have been a real headache for the Buckeyes considering how much was expected of him when he arrived in the offseason as a graduate transfer having already proven himself at Wake Forest as a capable scorer. And if the senior can get back on track, it’s not too late for Ohio State to climb back off the NCAA Tournament bubble. 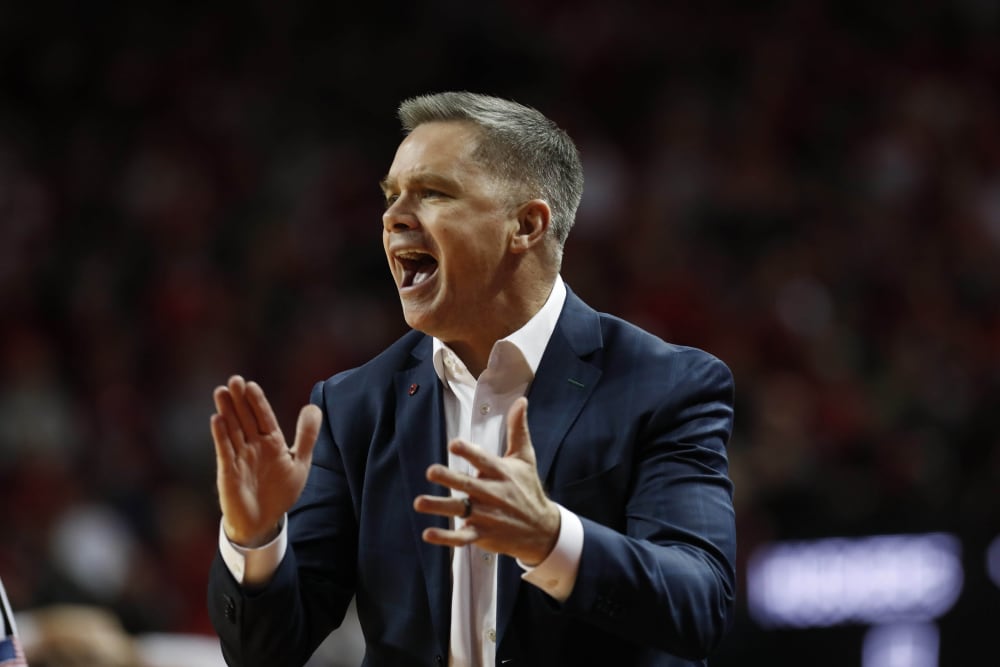 Luther Muhammad can be sparkplug for Buckeyes

With his long arms, ability to anticipate passes and commitment to maximum effort, Luther Muhammad has worked quickly this season to establish a reputation as a defensive stopper. But that work by the freshman can also be a boost to the Buckeyes in transition, with his steal and fast-break dunk late in the first half providing a reminder of how productivity at one end can directly lead to success on the other. Considering how inconsistent the Buckeyes have been shooting the basketball, finding bonus points off turnovers and in transition thanks to solid defense is an invaluable tool in Big Ten matchups that come with little margin for error. Of course, it doesn’t hurt when Muhammad is also knocking down clutch 3-pointers in the second half, and the all-around effort could be a major confidence-booster for the young guard.

There’s nothing that can be done about the roster limitations for the rest of the season, and Chris Holtmann has made it clear he’s not interested in just fast-forwarding to the future when his touted signing class arrives. So, Ohio State is going to have to find creative ways to win a few tough Big Ten games on the road if Holtmann is going back to the Big Dance again this year, and he dialed up unique solutions to end the losing streak. The Buckeyes managed minutes early with Kaleb Wesson to keep him around down the stretch, and that gamble paid off in a big way. Holtmann unleashed a zone defense for stretches in the second half, and with Nebraska struggling to knock down jumpers, the Buckeyes were able to go on a run to build a double-digit lead. Even right off the bat Ohio State came out with a different starting lineup with Musa Jallow inserted at tipoff, another example of Holtmann tinkering to find answers. It pretty much all worked, finally relieving the pressure that had been building for the Buckeyes.