Only Chris Holtmann blew an early gasket when he elicited a technical foul over a bang-bang, non-foul call as Jaedon LeDee seemingly had an easy bucket in a game that featured a combined 49 fouls.

No. 19 Ohio State got contributions up and down its lineup to hand Illinois its 12th-straight loss against a ranked team, 77-67, at the United Center. And the Buckeyes grabbed a second Big Ten win in as many tries to continue their hot start.

Lettermen Row continues our every-game feature of Three Points, leading off with the brilliance on this evening of graduate-transfer Keyshawn Woods.

Keyshawn Woods hit his first five field goals and his first three free throws. The Wake Forest transfer in his first season with the Buckeyes did a little bit of absolutely everything for his new team.

Woods drew multiple charges, finished a perfect five-for-five at the charity stripe on a night in which Ohio State struggled to make free throws and finished with 18 points â€“ which matched game-high honors — and a plus-17 plus-minus ratio.

Woods proved particularly valuable with his steady first half when the Buckeyes briefly got rattled by the Fightin Illini defense and also saw both Andre and Kaleb Wesson battle foul problems.

In Ohio Stateâ€™s first conference road test, Woods played the role of someone who can be of critical value as this team continues apace one of the nationâ€™s most surprising starts. 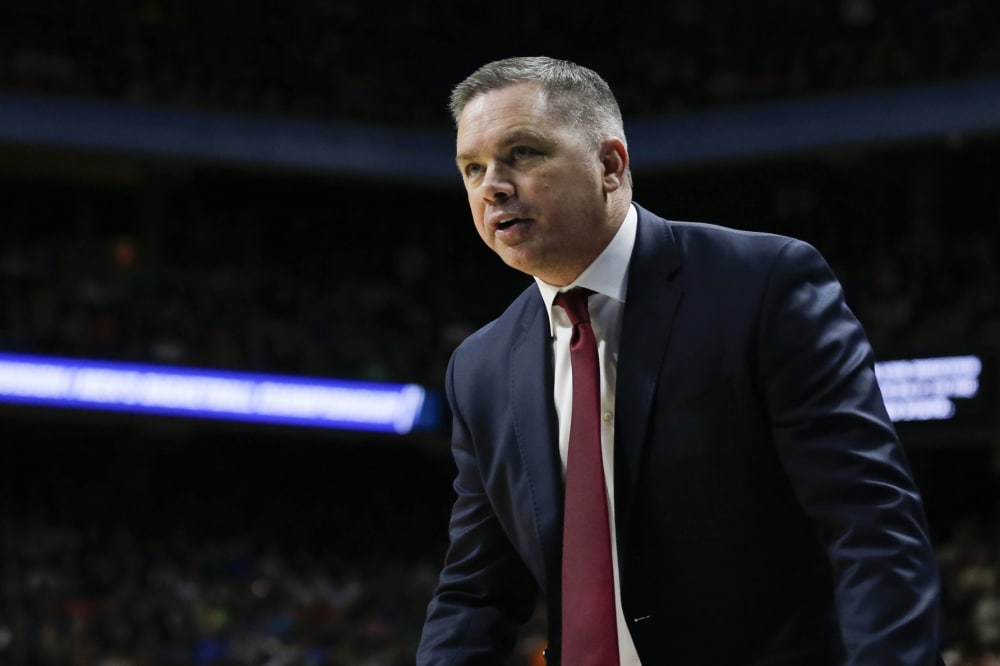 Ohio State coach Chris Holtmann continues to get the most out of the Buckeyes. (Brian Losness/USA TODAY Sports)

Ohio State almost turned this into a game of three segments, and it definitely was a game of contrasting halves.

The Buckeyes looked sharp, getting Luther Muhammad back into the starting lineup after missing a game with a dislocated shoulder, and had a 9-0 run as it eventually constructed a 30-22 first-half bulge.

Then, Ohio State saw everything go wrong. The Buckeyes had a dizzying and sloppy span of eight turnovers in barely more than six minutes of floor time, part of their 10 first-half turnovers.

Meanwhile, Illinois seemed to grab all the hustle plays and shot the ball much better â€“ the only stretch the Illini shot particularly well â€“ to seize a 38-34 halftime edge for their annual game in the home of the NBAâ€™s Chicago Bulls.

Ohio State had none of that in the second half. Holtmann and his staff made strong adjustments, Muhammad got better as the game progressed and the Buckeyes found their groove on offense while Illinois found major foul trouble.

The Buckeyes seized control of the game with a 15-2 run that turned a 51-48 deficit into a 63-50 lead. They never trailed by fewer than six points the remainder of the game.

After they were a rough 12-for-20 as a team at the stripe, including missing multiple and-1 plays as well as the front end of some one-and-one opportunities, the Buckeyes finished the game 23-for-32 at the stripe.

3. Buckeyes have room to improve

Muhammad was better and played fearlessly, but the shoulder seemed to bother his shot â€“ more so in the first half. The gritty freshman finished with six points but shot just 1-for-5 and had only one assist against four fouls.

Turnovers and poor free-throw shooting, as well as a first-half rebounding deficit that got turned into a 38-34 rebounding edge, also allowed the young Illini team to linger in this game.

Plus, the brothers Wesson had a combined seven fouls just moments into the second half. But neither player fouled out, and Kaleb finished with 13 points and seven boards for Ohio State, which will hosts Bucknell on Saturday at noon in the Schottenstein Center.