E.J. Liddell responds to attacks: 'Just want to be treated as a person'
Article written by:

The forward remembers hateful messages directed towards him as early as his senior year of high school. But opening social media on the bus ride back to Columbus after the Buckeyes’ historic NCAA Tournament loss, Liddell saw hateful and threatening messages in his direct messages yet again.

After giving up his social life to play basketball during the COVID-19 pandemic, the sophomore didn’t want to keep the nasty words to himself.Â Liddell instead posted the words on Twitter for all to witness.

What resulted was a national conversation about how athletes are treated.

“A lot of athletes are supposed to be looked at as entertainers, really,” Liddell said on Wednesday. “And we’re supposed to be tough, always. Show people that things don’t get to us. But sometimes it really does.

The sophomore posted two screenshots on Twitter of messages he received, including one that threatened to physically attack him.

As of Wednesday, there are no updates on the investigation.

“I just wanted to use my voice a little bit,” Liddell said. “I have pretty tough skin when it comes to criticism, but that wasn’t constructive criticism.” 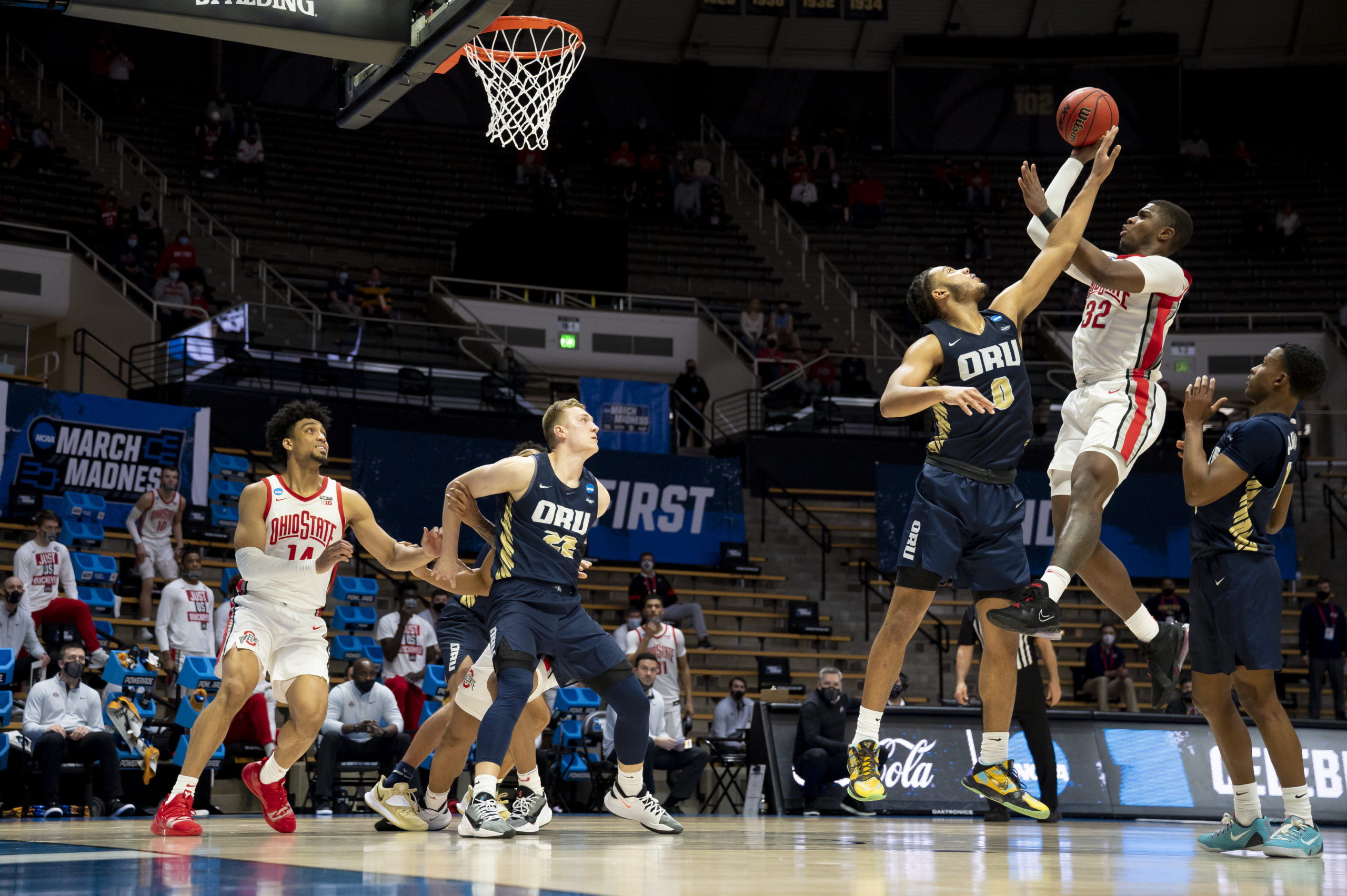 Ohio State’s 75-72 overtime loss to Oral Roberts in the Round of 64 marked the ninth time in NCAA history that a second seed lost to the No. 15 seed.Â The Buckeyes were 16.5-point favorites entering the game.

“Sits on my mind pretty heavy,” Liddell said. “I don’t think it will ever leave our minds.”

Liddell had 23 points and 14 rebounds in the loss to the Golden Eagles. HeÂ finishes the season averaging 15.9 points and 6.4 rebounds per game.

He hasn’t decided if he will enter the NBA Draft or return for his junior season yet.

“I just felt like it was time to say something,” he said. “I’d rather people see us as humans because we sacrificed so much for this season. We lost our social lives.

“Comments like that just aren’t OK, not just athletes but people in general.”