COLUMBUS — The strength, size and some all-world toughness were inevitably going to win out for Ohio State.

It took longer than the Buckeyes might have anticipated on Saturday afternoon against sharpshooting Bucknell, and it actually required a second-half rally and a couple nervy moments down the stretch. But maybe a little rust should have been anticipated after 10 days off for No. 15 Ohio State.

Eventually everything Chris Holtmann’s team had going for it clicked into gear at Value City Arena as it survived with a 73-71 win over the Bison. And Ohio State added one more solid victory to the early-season resumÃ© as it continues to look like a team destined to head back to the NCAA Tournament while continuing to develop some young contributors who are coming along nicely for Holtmann.

As Ohio State looks ahead to a week with games against Youngstown State and a marquee matchup with UCLA in Chicago, Lettermen Row has the instant reaction to the win over Bucknell starting with Three Points.

Relying on the big, physical sophomore for points and rebounds is nothing new for Ohio State. But Kaleb Wesson is continuing to find more ways to contribute for the Buckeyes beyond that, and he was particularly dangerous early on as a distributor and had a new season-high assist total by halftime. During one stretch, Wesson battled to tip out an offensive rebound to a teammate, reestablished post position, drew a triple team from Bucknell and still had the vision to find Duane Washington for an open 3-pointer. As Wesson continues to develop into a handful of both ends of the floor, Ohio State’s ceiling as a team will continue to rise along with him.

There are plenty of reasons why Keyshawn Woods was such a prized target for Ohio State on the graduate-transfer market last offseason, but his veteran presence and willingness to take clutch shots are at the top of the list. With the offense in a bit of a funk and Bucknell pouring in shots to build an eight-point lead in the second half, Woods stepped up to provide the lift the Buckeyes needed with a pair of fearless 3-pointers from the left wing. The senior hasn’t been the most consistent threat for Ohio State and is just two games removed from being shut out entirely by Minnesota. But Woods answered the call when the program needed an option to spark the attack and get the home crowd back behind the Buckeyes. 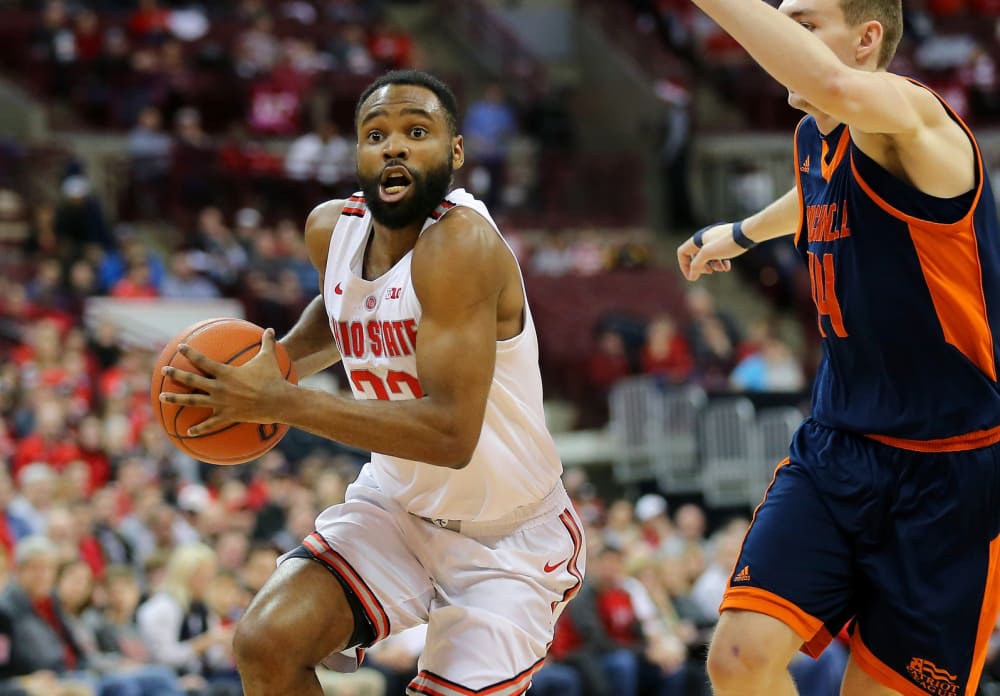 No questioning toughness of Andre Wesson

Andre Wesson has never been one to shy away from physical contact, and the junior forward has battled through injuries before in his Ohio State career. But his toughness is now going to be close to legendary for Holtmann’s club after he took a blow near midcourt during the second half against Bucknell, lost three teeth — and then popped in a mouthguard and went back out and finished the game for the Buckeyes. Andre Wesson was already having a decent outing stuffing the box score in a variety of ways just like his brother, but the dental work will no doubt turn an otherwise forgettable nonconference game into a memory that will last a lifetime.