Ohio State made nothing easy in its first game as a ranked team under a second-year coach.

The No. 23 Buckeyes, who trailed for nearly an entire half of action, earned their first 5-0 start under Chris Holtmann as they overcame a lethargic start in a 68-50 home win on Tuesday.

Look, no one is complaining about an unblemished pre-Thanksgiving start that includes two priceless road wins, but this contest reveals under a brighter light some of the limitations this team must consistently overcome. And it was especially tricky for the Buckeyes after benching four starters for being late to “game day preparation,” per a school spokesman.

But the Buckeyes eventually cruised down the stretch. And Lettermen Row breaks it all down with Three Points for the latest victory.

Keyshawn Woods keeps displaying an uncanny comfort in his first season with the Buckeyes.

Pouring in 14 points and leading the team in playing almost all 40 minutes, Woods is the ignition to this latest win. With many teammates around him still acclimating to the opening month of the college season, Woods is the guy with deep experience whoâ€™s playing like an Ohio State nucleus.

Woods had five early points in this game while the Ohio State offense languished, and he didnâ€™t shirk big moments in the second half.

Itâ€™s been a timely delivery from Woods as the Buckeyes guard C.J. Jackson has uncharacteristically struggled throughout most of the past two contests. Jackson has been just 6-for-26 from the floor in the past three games. Two of those three contests saw Woods play his best early into his Buckeyes tenure; after he scorched Creighton for 19 points in 32 minutes, Woods added 14 points in 37 minutes of this win.

Jackson, to his credit, hasnâ€™t let his offensive struggles compound him on the defensive end. He made an acrobatic, leaping hustle play into the stands as he soared over the courtside seats to save an errant ball back onto the court to a teammate. 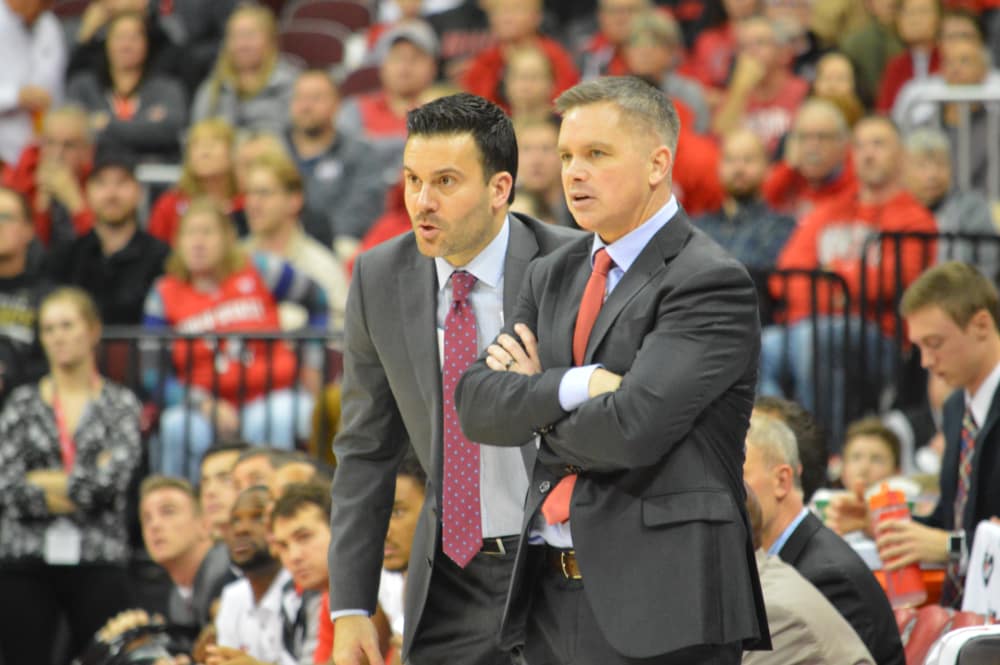 Through its first five halves of the season, Ohio State had shot almost exactly 50 percent from long-range — 23-for-48 — and largely utilized the 3-pointer, as well as the teamâ€™s gritty composure, to bust both Cincinnati and Creighton on the road.

However, the Buckeyes since have cooled off in their wins. Theyâ€™ve converted just 20 of 39 attempts in their two recent-most wins; worst of the season was their 3-for-20 output against Samford.

Ohio State doesnâ€™t have great size inside, though both Kaleb Wesson and Kyle Young have continued to play perhaps above their physical sizes, and the perimeter shooting has emerged as a target spot for the opposition to contain the Buckeyes.

Teams have off nights shooting, and Ohio State made it a couple weeks into the season before it significantly cooled; still, it must not rely too much on the triple when it can at least look to Wesson and Young inside or a bevy of options with attacking skills on the wing.

Ohio State had blistered foes for 52-percent shooting from the field that included 46 percent from distance across its first four games; it mustered just a 23-for-52 effort (44.2) in this win that included a putrid 9-for-24 first half.

Not enough can be said about this lightly experienced teamâ€™s ability to weather hostile road environments, sporadic foul problems, size disadvantages and more in this perfect start.

The Buckeyes stood down Cincinnatiâ€™s rally attempts in the opener and last week overcame Creightonâ€™s comeback that resulted in a deficit.

As they trailed longer against Samford than in any other game this season, and generated their worst shooting effort, including just 19 of 28 from the free-throw line, the Buckeyes still got remarkably timely contributions from Young, Duane Washington Jr. and Andre Wesson most notably. The trio combined for 17 points and 12 rebounds.

The Buckeyes finally seized control of this game with a 21-3 second-half run that turned a six-point deficit into a 50-38 advantage. Young had a pair of key buckets in the charge, and Woods ignited things with a hard-earned three-point play off Youngâ€™s rebound in an outlet situation. Woods absorbed contact at the hoop and hit the charity toss after a TV timeout as Ohio State began its pull-away push.Â  … Up next for the Buckeyes is another home tilt, this time Friday against Cleveland State in a game that will be played at venerable St. John Arena.