Viewing guide: How to Watch Buckeyes in NCAA Tournament First Round
Aritcle written by:

The second-seeded Buckeyes open the NCAA Tournament on Friday at 3 p.m., playing No. 15 seed Oral Roberts in the South Region. A win would send them to the second round against the winner of No. 7 Florida or No. 10 Virginia Tech. If Ohio State advance so far, it could meet top-seed Baylor in the Elite Eight with a berth in the Final Four on the line.

By way of comparison: The path appears much more favorable than it was in 2011 when Ohio State was the No. 1 seed in the East Region, entering the NCAA Tournament with a 32-2 record and conference tourney championship. After picking up wins over No. 16 UTSA and No. 8 George Mason, the Buckeyes ran into Kentucky in the Sweet 16. The No. 4 Wildcats knocked Ohio State out of the Big Dance, ending its title aspirations.

This season’s Ohio State team nearly won the Big Ten title like its 2011 counterparts. After ending the regular season on a four-game slide, the Buckeyes won three games in the Big Ten Tournament before falling to Illinois in overtime of the title game.

â€œI hope it really prepares us,â€ Ohio State coach Chris Holtmann said. â€œI think the one thing you canâ€™t have is this false sense of: â€˜Well, we played in a great league, so that guarantees us something.â€™ Because it doesnâ€™t guarantee us anything. Weâ€™ve got to earn whatever it is we get. And just because we played in, I think, a league that is as good as its been in a number of years, it doesnâ€™t guarantee any Big Ten team to perform well in the NCAA Tournament.”

Ohio State has similar aspirations this season to the 2011 team. And the Buckeyes are capable; they ranked as high as No. 4 in the AP Poll this season.

The first step to seriously contending for a championship, however, is winning their opening-round game on Friday.

For anyone watching the game on TV or listening to the radio, Lettermen Row has all the viewing information that could possibly be needed to not miss a moment of No. 2 Ohio State’s matchup with No. 15 Oral Roberts. 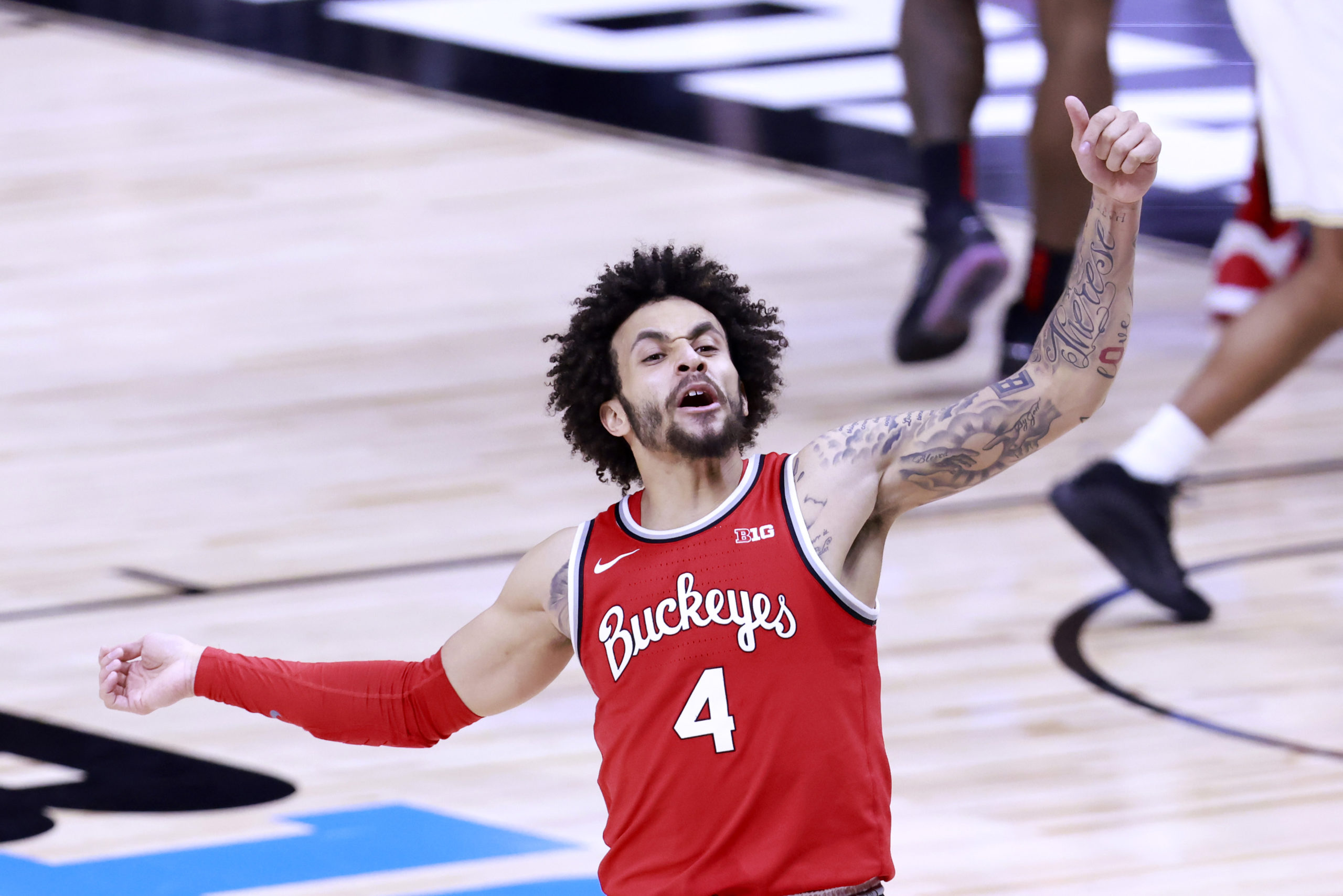 Ohio State plays No. 15 seed Oral Roberts in the Round of 64. (Justin Casterline/Getty Images)

What TV channel is the Ohio State game on?

The Buckeyes and Golden Eagles will play on CBS, with Ian Eagle (play-by-play), Jim Spanarkel (color) andÂ Jamie Erdahl (sideline) on the call.

How can I watch online?

The Buckeyes and Golden Eagles can be streamed online via www.cbssports.com.

How can I listen to the game on the radio?

Paul Keels and Jim Lachey will have the call on 97.1 FM (WBNS) in Columbus. A full list of radio affiliates can be found here.

Miss any of our coverage so far this week?