COLUMBUS â€” Good luck to the final four teams on the Ohio State schedule. Blocking Chase Young might be the hardest task in college football.

Young officially put himself in a tier of his own among defensive players in the country Saturday in the dominant 38-7 win for No. 3 Ohio State over No. 13 Wisconsin at the Horseshoe.

Ohio State might be the only program in the country to have a legitimate claim to having the best running back, defensive back and defensive end all on the same roster. Two of those claims — J.K. Dobbins and Jeff Okudah — could be argued. Try arguing against the defensive end from Maryland who had four sacks, five tackles for loss and two forced fumbles against a Wisconsin offensive line that is typically strong and up for the challenge.

Right now, there isn’t an offensive line in America that can challenge or handle Chase Young.

“I feel good,” Young said. “I feel like I still made a few mistakes, though.”

A few mistakes? Young wasted no time pointing out his flaws in a visually flawless performance from the Ohio State defensive line. His perfectionist attitude after the rout of the Badgers shows what he expects out of himself and his teammates.

Make no mistake, what Young is doing is historic. Through only eight games, Young is only half of a sack away from tying the school-record mark of 14 from Vernon Gholston set in 2007. He is already tied with Joey Bosa for second-most in a season in program history. He is only 8.5 sacks away from tying Mike Vrabel’s career sack mark of 36.

Young still has at least five — and probably six or seven — games left in his junior season to capture those milestones.

“The best I’ve been around,” Ohio State coach Ryan Day said. “I had a chance to see Nick Bosa last year, and I coached in the NFL and saw some really good players at different times. But he is as good as I’ve been around, again, because he’s so versatile. This is a game that was set up for him to kind of get eaten up with multiple surfaces and multiple tight ends. You kind of get lost in the running game, and he dominated.

“I think it goes to show you how tough he is. His leadership has been off the charts. His energy — he’s the one who’s driving and pushing those guys up front. I can’t say enough good things about him.”

As always,Â Lettermen Row has some Buckeye Leaves to hand out for Ohio State’s latest showing. Young earned another — along with a fresh dose of Heisman Trophy hype. 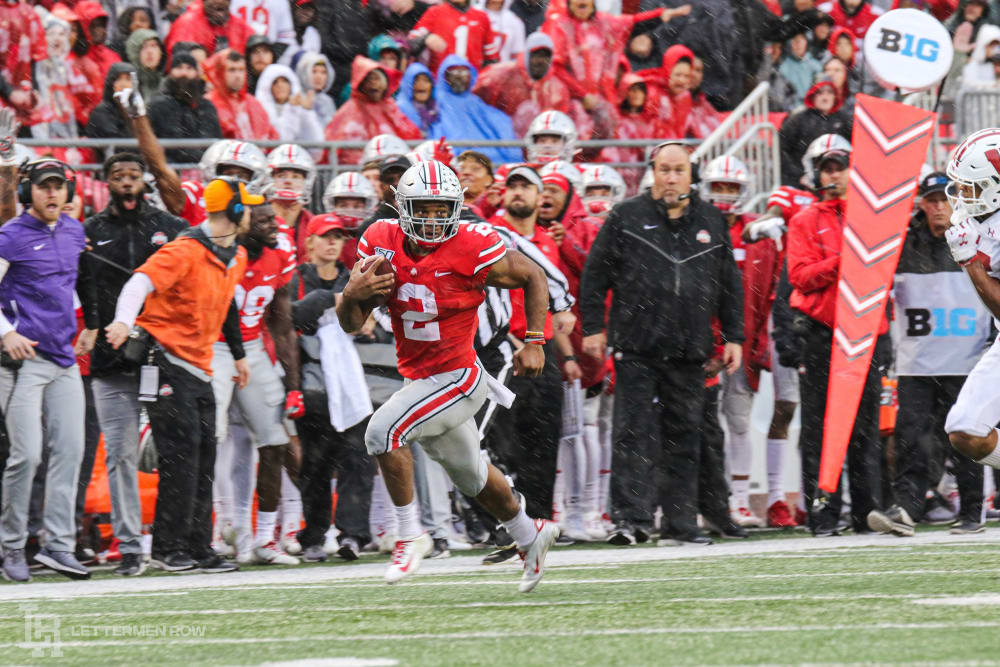 Dobbins out-dueled Wisconsin running back Jonathan Taylor, the perceived best at the position in the Big Ten and maybe the country. But after 163 yards on 20 carries with two touchdowns against the first-ranked Badgers defense, Dobbins has already made his claim as the league’s best tailback — and maybe the best in the nation. While Taylor couldn’t find any lanes on the Buckeyes — 52 yards on 20 carries — Dobbins paced the Ohio State offense and made everything look easy, torching a typically stout Wisconsin front seven. 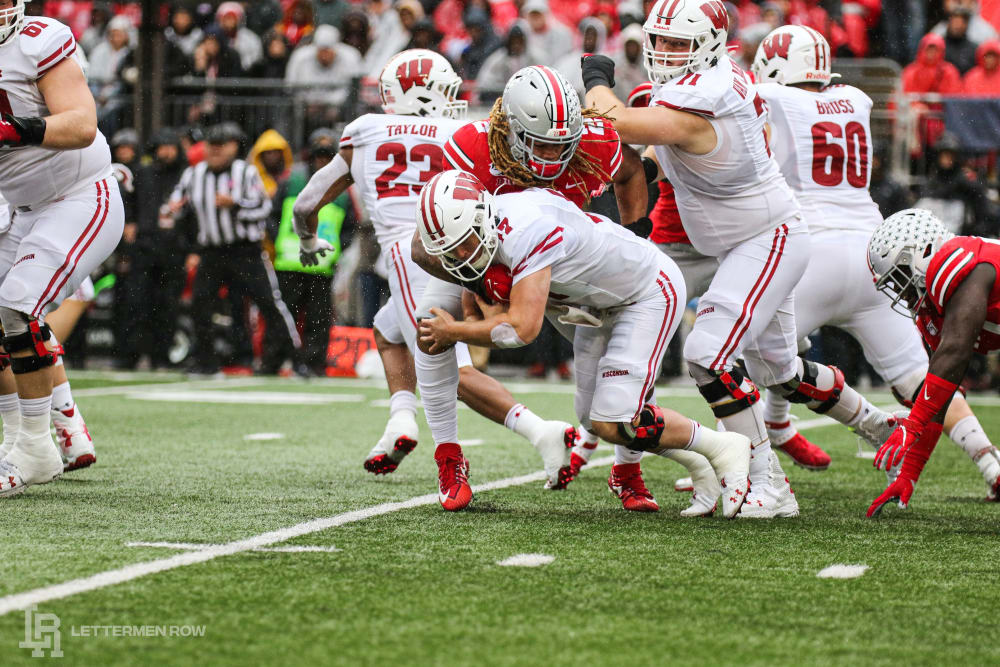 Young was as dominant as a defensive lineman could be against the overmatched Wisconsin offensive line. The final line included six tackles, five tackles for loss, four sacks and two forced fumbles, which is an incredible total. It might go down as the most complete performance of Young’s brilliant career. As the Buckeyes continue the push for the College Football Playoff, there are many impressive aspects of this team; Young is by far the most impressive. 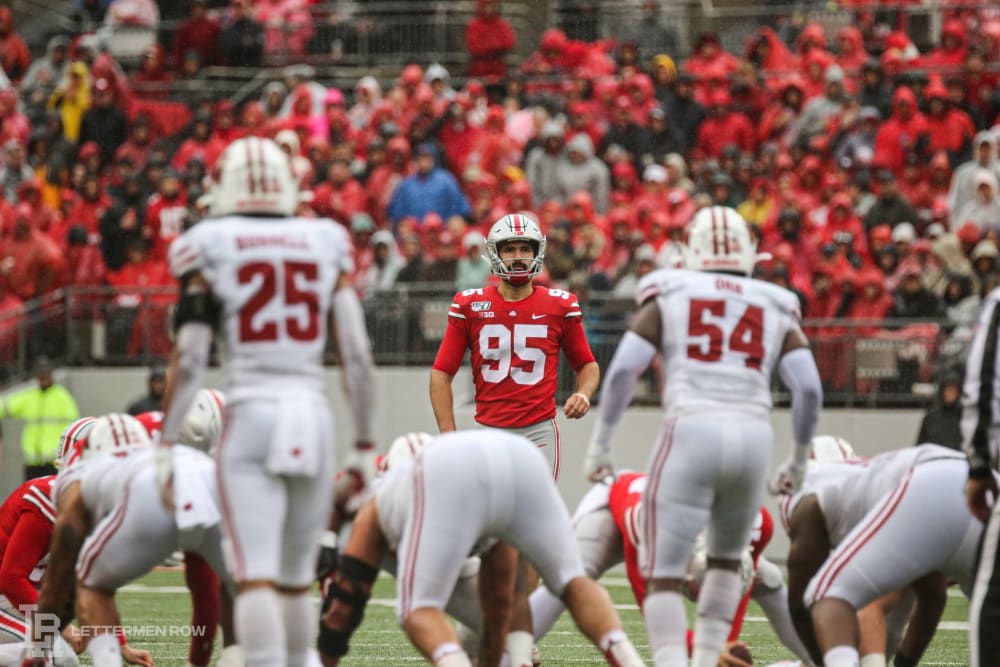 For the second straight game, Haubeil drilled a deep field goal, gathering more confidence for the Buckeyes as they continue to the final month of the regular season. Last week was a 55-yard boot to end the first half against Northwestern. This week was a 49-yard kick to open the scoring for the Buckeyes in the middle of the second quarter. Haubeil continues to show special teams coach Matt Barnes and the entire Ohio State staff that he can make big kicks, even in driving rain, which might eventually need to happen down the road. Haubeil is slowly becoming a weapon for Ohio State.