After Clark Phillips loss, Buckeyes back to DB drawing board
Article written by:

Stay in touch or be left out because Ohio State recruiting is a 24-hour, seven-day-per-week obsession. What’s the latest news as the Buckeyes build for the future? Get that and more Sunday through Thursday on Lettermen Row. Thursday’s notebook takes a final look at Clark Phillips and his decision to sign with Utah and dives that decision’s impact on the 2020 class.

After six months of being committed to the Buckeyes, 4-star defensive back Clark Phillips announced on Thursday afternoon that he was going to enroll at Utah in three weeks and will not be heading to Columbus.

It’s a decision that seemed almost impossible to conceive even three weeks ago. But the news that Jeff Hafley was leaving Ohio State hit Phillips much harder than it seemed to hit anyone else. Just hours after Hafley’s departure was announced, Phillips was in Utah for an official visit — a trip that was planned so quickly one has to wonder if it was actually in the works prior to Hafley confirming he was heading to Boston College. From the minute that trip started, the reality that a flip was coming seemed unavoidable.

The Buckeyes are usually the team doing the flipping in these situations, and the Phillips decision left a lot of people around the program shaking their heads. This wasn’t a situation like Doug Nester a year ago when the West Virginia lineman skipped out on Ohio State because of Urban Meyer’s retirement. Ryan Day has been involved in the Phillips recruitment for months. While there’s no one who blamed the cornerback for being frustrated with Hafley leaving or the timing of it, the belief was that trust and comfort with Day should carry the situation until a new defensive backs coach was named.

That didn’t happen, for whatever reason. And the truth is that it ultimately doesn’t matter. Ohio State needed and wanted Phillips, but he’s not coming and Day’s program will be forced to adjust.

Is Ohio State looking at transfer portal for defensive backs?

The Buckeyes are almost assuredly going to begin their search to replace Phillips locally, evaluating which players inside of Ohio are available and then branching out from there.

But the facts are that unless Ohio State has a hidden reserve of top-tier talent that it has been waiting to move on in the event of an opening, the options are going to be relatively slim from now until the start of the February signing period.

Assuming Shaun Wade takes off the for the NFL, Ohio State is in a position where it likely still needs two more defensive backs to be added to the 2020 roster. That’s not going to be easy to do from just the unsigned crop of prep prospects, so expect the Buckeyes to be very active and aggressive in trying to locate potential plug-and-play defensive back options from the transfer portal.

The season isn’t over yet, so it’s hard to get a feel for specific names at this point. But it’s a safe bet the Buckeyes will be involved there when the time comes. 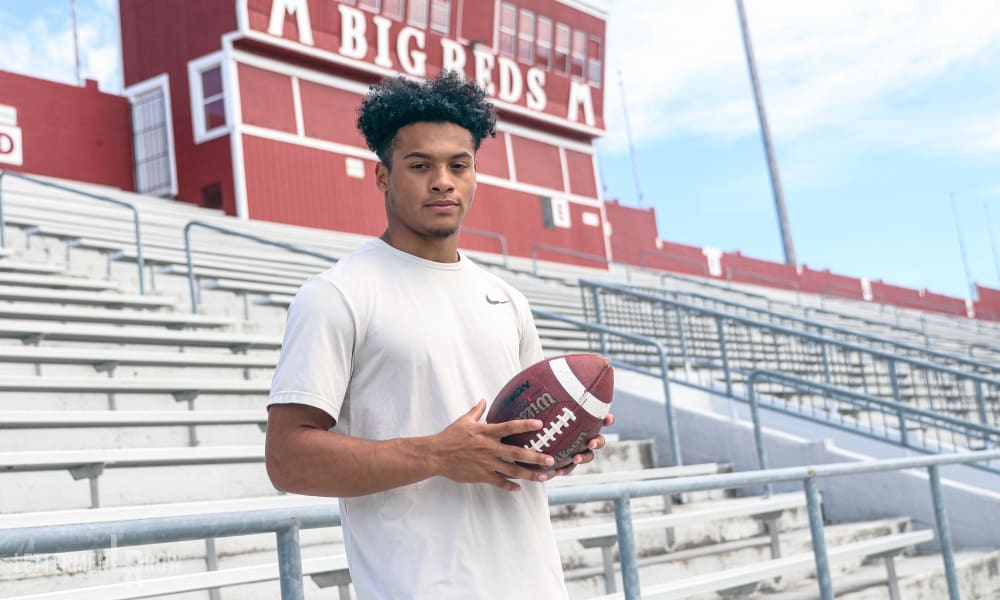 If Cameron Martinez doesn’t sign with Ohio State in February, the Buckeyes may need three more defensive backs in the 2020 class. (Birm/Lettermen Row)

Buckeyes could add to class before February

On Wednesday, Ryan Day was asked about the numbers in the 2020 class and if the Buckeyes could still add a player or two if the right guy was interested though the February signing period.

It appears that the answer is there is room to grow — even withÂ he number of commitments now sitting at 25 with Cameron Martinez included but not signed.

“We might be able to make some room,” Day said, grinning and laughing. “We’re kind of right at the number right now, but there’s some wiggle room in there.”

To be clear, he’s not talking about adding defensive backs. That quote came Wednesday and still included Clark Phillips and Cameron Martinez in the number. What Day was talking about is the possibility of adding another running back, defensive lineman or another position. Now, however, the wide majority of the time spent recruiting the 2020 class over the next six weeks will be looking for secondary help.