SCOTTSDALE, Ariz. â€” As if Arizona wasn’t already a home away from home for Ohio State, it seemingly brought a little bad weather with it to the desert to make it feel even more familiar.

Ohio State arrived in Phoenix on Sunday, but the Valley of the Sun hadn’t felt a lot different than Columbus as a rare two-day rainstorm dampened the desert for the early part of the week-long Fiesta Bowl preparations.

The unusual weather hasn’t dampened the mood or mindset of the Buckeyes. But as the rain gave way to the more familiar Arizona sunshine on Christmas afternoon, it was clear that the Buckeyes were eager to soak up the rays.

Ryan Day’s group practiced for the fourth time in four days and continued their preparations for Saturday’s game with Clemson. Ohio State mixed business with a lot of joking and laughing on the turf of Scottsdale’s Notre Dame Prep High School. Coaches and players oscillated from laser-sharp focus to bouts of jocularity and back again as the holiday’s spirit combined with focus on the huge task ahead of the Buckeyes against a Clemson team it has never beat.

Despite the unexpected rain and colder-than-normal temperatures, the Buckeyes have opened up practice for the media twice — a brief 10-15-minutes on Tuesday and Wednesday. That allowed the chance for our cameras to share some of the sights from Arizona and the work happening ahead of the Fiesta Bowl.

Lettermen Row has also been in the Grand Canyon State since Sunday, working to provide all the key news and notes from Ohio State’s third appearance in the College Football Playoff.

Stay tuned to Austin Ward, Spencer Holbrook, Jeremy Birmingham and Tim May through the week for more on the Buckeyes national championship run. 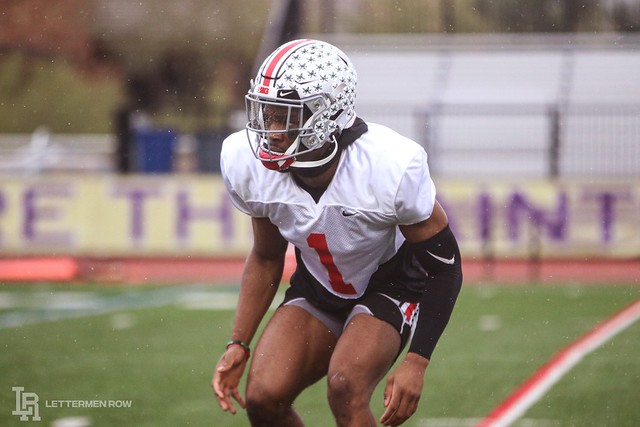