Defensive backs targets for Ohio State are all over the map
Aritcle written by:

There’s no reason to freak out about Ohio State having only one defensive commitment in the Class of 2020 according to new defensive coordinator Greg Mattison.

“I think right now weâ€™re doing well,” Mattison said Wednesday. “Our players, if youâ€™re a recruit and you come around and watch our defensive players you have to be excited. I know I am. Theyâ€™re young kids with great character. They love the game, and if Iâ€™m a recruit and Iâ€™m seeing that Iâ€™m liking it. … It’s gonna be fine.”

A major part of things being all right in the mind of Ohio State coaches is knowing that this month is a big one, and a host of the program’s top targets in 2020 are coming to campus this month.

That includes a number of big-time defensive back prospects. And the unit is evolving in Columbus thanks to the schematics changes on defense, starting with the addition of the new Bullet position, the linebacker/safety hybrid position that means some defensive backs may not fit the old mold with the Buckeyes..

Some spots, though, are going to be the same as ever. That means the Buckeyes are going to take their shots at the country’s best athletes in the secondary if they can.

Let’s start at the top, because the expectation at Ohio State fans is that it will have the cream of the crop — it is DBU after all. That’s why a pair of 5-star prospects, Arizona’s Kelee Ringo and California’s Elias Ricks, remain at the top of the wishlist.

Of course, they’re also at the top of the actual list as the country’s two top-ranked cornerbacks in the Class of 2020, and landing either of them is going to be a very tall task for Ohio State. Ricks is committed to LSU but remains in regular contact with the Buckeyes. In the world of “watch what they do and not what they say,” everything he’s doing besides talking to Ohio State regularly seems to indicate flipping him from the Tigers is going to require a gargantuan effort by Ryan Day, Jeff Hafley and the rest of the staff. 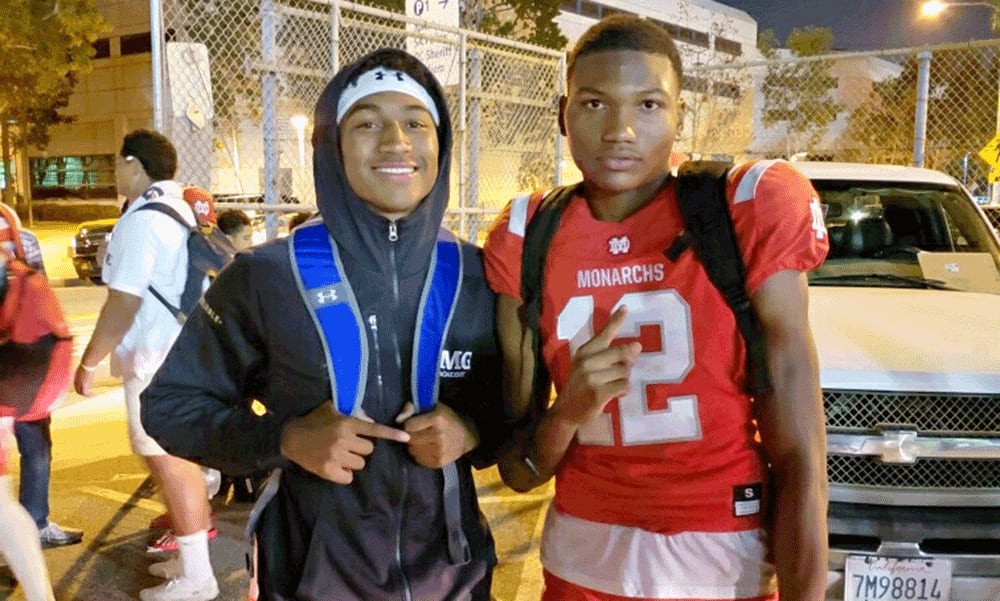 Lejond Cavazos (left) and Elias Ricks have talked about playing together in college. (Lejond Cavazos/Courtesy)

Ringo hasn’t committed anywhere, but Texas and Georgia have raced out in front in his recruitment. Ohio State is still recruiting him hard, but it will need to get him back on campus soon and often to have any chance to overtake the other top schools in this battle.

Clark Phillips is top choice to line up opposite Lejond Cavazos

If Ringo and Ricks are removed from the equation, the Buckeyes don’t have to go far down the list to find Clark Phillips, the country’s fourth-ranked cornerback and a player who has become the highest-level of priority since Hafley was added to the coaching staff. Hafley has grown his relationship with the La Habra (Calif.) standout quickly and completely since Ohio State offered him in January.

The national recruiting analysts have taken notice, too. The 247Sports.com crystal ball for Phillips is 100-percent in favor of the Buckeyes, and they’re the favorite to land him after he makes his official visit to Columbus over the June 21 weekend. Cal shouldn’t be discounted, but Ohio State appears primed to land Phillips and suit him up opposite of Lejond Cavazos, the lone defensive commitment to this point in 2020.

What other cornerback options remain for Ohio State?

After Phillips and the aforementioned 5-stars, things get a little murky when considering a third realistic cornerback for Ohio State in 2020. Two months ago it seemed pretty easy to predict that Miami Central’s Henry Gray was the choice, but his recruitment seems to be opening up rather than narrowing down.

Another Miami talent, and Miami Hurricanes commitment, Jaiden Francois, was at Ohio State on Thursday. He’s not making that trip to Columbus unless he had some sort of real interest in the Buckeyes, but how much remains to be seen. It also remains to be seen how much that interest is being reciprocated by the Buckeyes, but Hafley did see him during the spring evaluation period. Francois is the country’s 25th-ranked corner. 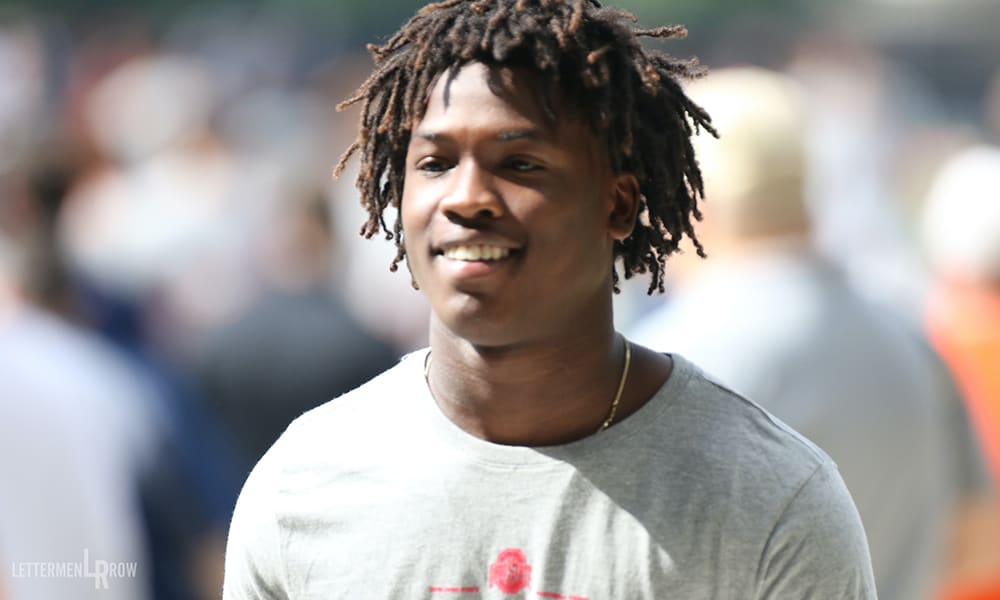 Virginia’s Joseph Johnson has been clear that he’s interested in the Buckeyes, but with a July 4 decision planned and no official visit scheduled, it looks like that decision will be made without getting back to Columbus. That doesn’t bode well for the Buckeyes despite the major move they made in May after his initial unofficial visit. It seems he is ready to shut down his recruitment earlier than Ohio State is comfortable saying yes to him.

The Buckeyes have a couple of talented in-state options like Carrington Valentine and Sammy Anderson, but the southwest Ohio stars are each still waiting for an offer at this point.

Are there actual safety targets on the board for Ohio State?

We’re moving into this weird world of position-less football, especially on defense. Because of that, it’s hard to always know who fits what role exactly.

But there are players who project in more of a traditional safety role for the Buckeyes, even though the Ohio State staff hasn’t shut down the possibility of playing the hybrid spot.

The primary pair, Arizona’s Lathan Ransom and Michigan’s Makari Paige, will each take official visits with the Buckeyes on June 21, giving the staff a chance to compare them side-by-side during a pivotal weekend for the 2020 class. Ransom released his final five schools this week and Paige announced his final seven, a clear signal that each player is working to settle the noise in their recruitment.

Ohio State is also in the final group of schools for New Jersey star Jordan Morant and is in line to land an official visit from him, though that likely won’t happen until the season. Michigan is considered the favorite to land Morant.

What about the Bullet?

Yes, the Bullet. It’s real and important for what Ohio State wants to do defensively. While we have a general idea of what the position will do, how it will be filled out isn’t quite as cut-and-dried.

But it seems pretty clear that right now St. John Bosco (Bellflower, Calif.) 4-star Kourt Williams appears to be the prototype at the position, and that’s why he’s emerged as the favorite to fill the spot. Williams will make his second visit to Ohio State over the June 21 weekend, this one an official trip.

After Williams, there are a couple of players still getting a look from the Buckeyes including Westerville Central star Rickey Hyatt and Erasmus Hall (Brooklyn, N.Y.) athlete William Mohan. Hyatt camped at Ohio State on Thursday and didn’t have his best day when put into coverage situations, and Mohan appears to be leaning towards Michigan with the Buckeyes not yet ramping up their pressure in his recruitment.