COLUMBUS — Even coming out of an off date, Ohio State still can’t get back to full strength on defense.

Now the Buckeyes can add one more name to the list of missing starters for a unit that has struggled with both injuries and big plays all season.

Ohio State safety Isaiah Pryor was not dressed for warmups on Saturday morning at the Horseshoe, once again forcing the Silver Bullets to look for a new first-team option at a key position. The issue was not previously disclosed by the Buckeyes and the exact details weren’t announced before kickoff against Nebraska — aside from officially ruling him out.

Pryor has started every game except one for the Buckeyes this season, ranking fourth on the team in tackles, breaking up five passes and intercepting one. The sophomore did miss the first half against Indiana due to a targeting suspension, and Ohio State inserted Jahsen Wint in his place.

This week, though, Ohio State is likely going to give Shaun Wade a chance to take over that role after impressing on the practice field and continuing to see his role in the secondary expand over the last few weeks. 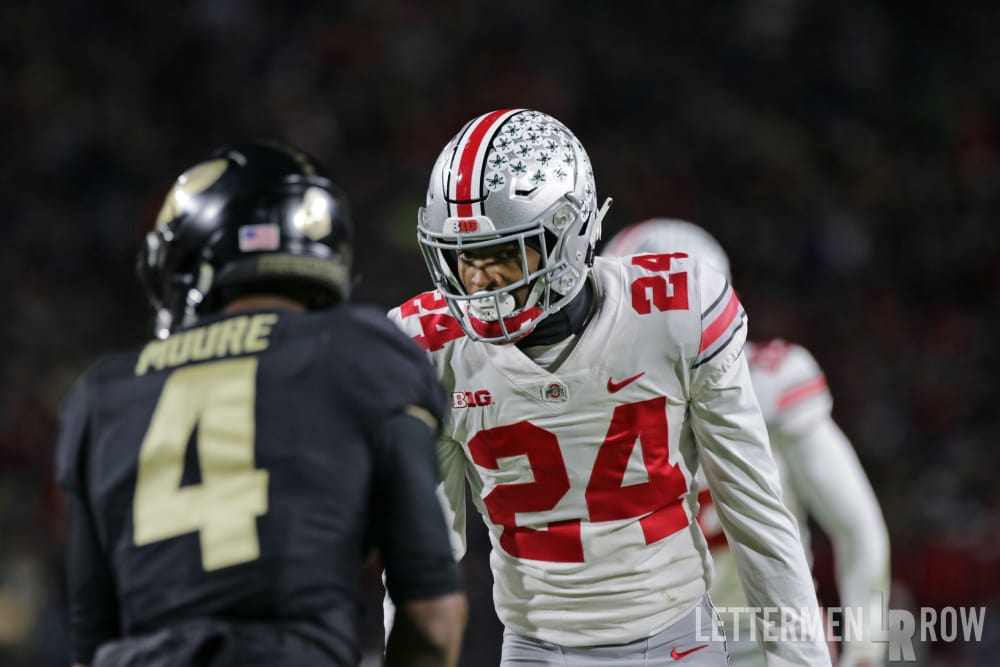 Ohio State defensive back Shaun Wade will be in line for more work with the Buckeyes. (Birm/Lettermen Row)

The Buckeyes certainly haven’t had much luck with the injury bug this season, forcing them to evaluate more starting chances than they ever would have imagined going into the year.

Superstar defensive end Nick Bosa is out for the rest of the season due to a core-muscle injury, fellow defensive linemen Robert Landers, Dre’Mont Jones and Chase Young have all dealt with nagging issues, Jonathon Cooper and Malik Harrison missed recent games with concussions and cornerback Damon Arnette has been in and out of the lineup recently.

The Buckeyes were expecting the off date to help them get healthier. Instead they head into November with Isaiah Pryor out and one more starter on the sideline.