PARADISE VALLEY, Ariz. â€” Any conversation about two of the most famous position groups in the country is going to include the nicknames, especially when they’re dueling in the desert.

Like good needs bad and light needs dark, what’s DBU without WRU? The nicknames are well earned, even if they’re debatable.

What’s not debatable is that Saturday night when Ohio State and Clemson meet up for the fourth time, this year’s matchup could very well come down to which group does the most to earn their nickname.

“We’re going to have to be on our ‘A’ game — when you get in a game like this, that’s what you do,” Buckeyes defensive coordinator Greg Mattison said. “We didn’t get here by not being able to do that. Our guys know that. Now you’re just having to take another step up the ladder.

“It is a challenge. Our secondary knows that. They’re the best receivers we’ve played against as a core.”

Clemson’s receivers are tall. They’re fast. They’re physical. They’re the guys that get created on PlayStation when building a team in Madden football.

It’s not a coincidence, though. It’s a pattern. Ross, Higgins and other guys like freshman Joe Ngata are carbon copies of the players who came before them at Clemson: Watkins, Hopkins and Williams. 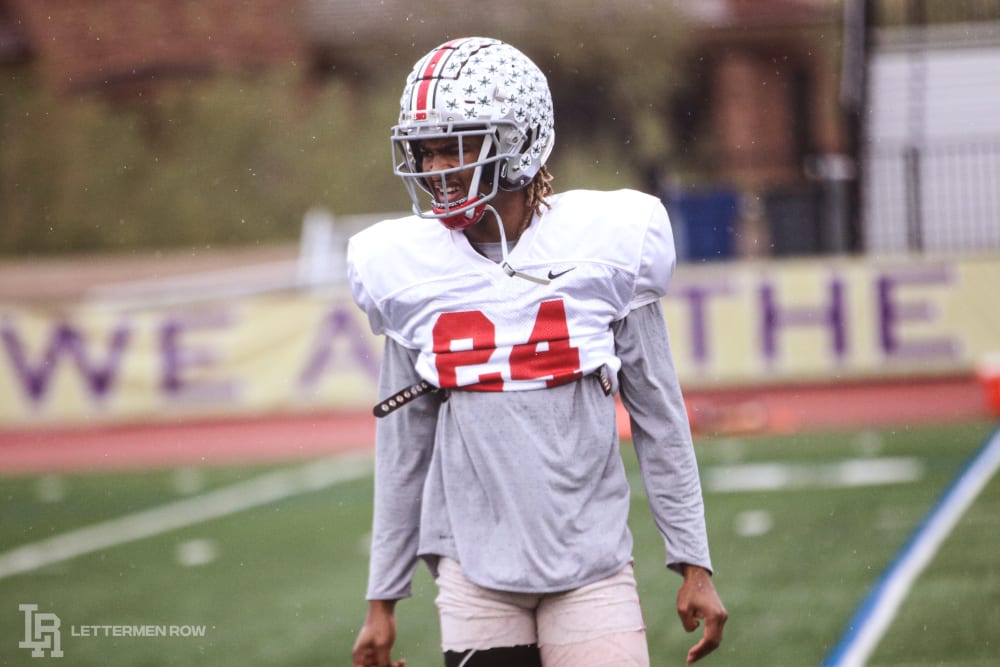 A healthy Shaun Wade has the potential to be a game-changer for the Ohio State secondary. (Birm/Lettermen Row)

If Ohio State wants to prove it’s been disrespected and wants to show one more time that it is the true DBU, stepping up against receivers like Clemson will trot onto the State Farm Stadium turf is a good place to start. That’s why players like Okudah, a projected first-round pick in next year’s NFL Draft if he decides to leave Ohio State early, are so excited for the challenge Saturday brings.

“Anytime that our secondary has a chance to go against a receiver corps as good as [Clemson], we’ll welcome it,” Okudah said. “I think that we’re really excited to have a chance to show what we’re capable of doing.”

Okudah’s confidence isn’t just in himself. He doesn’t know if he’ll be matched up with Higgins or Ross or anyone specifically. He knows that no matter where he lines up, the guys lining up with him for Ohio State will be expected to get the job done.

“I think it doesn’t necessarily matter because our secondary has such good players all around,” Okudah said. “I think that if I am guarding [Higgins], or Damon is guarding him or Shaun is guarding him — or Cam [Brown], Sevyn [Banks] — I think that they know what the expectation is as an Ohio State defensive back.”

The expectation has been set by the players who were in this caliber of game before. It’s an expectation that Okudah believes he and his teammates failed to live up to a year ago and one that drives them more than ever now. 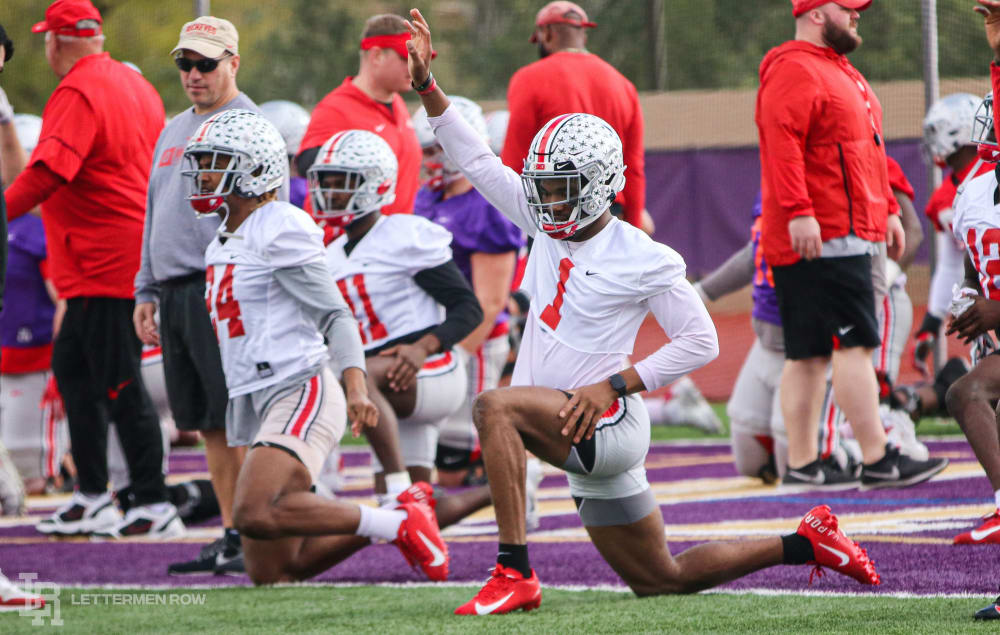 “The whole offseason we had time to kind of just think about how to get the secondary back to playing at that elite level. We’ve put in the work for it, and as the season progressed, we tried to earn that respect more. At the season’s end, right now, people are saying it’s the best secondary versus the best receiving corps.”

In a year full of tests for Ryan Day and for Ohio State position groups individually, Saturday may provide the biggest. Don’t tell that to Damon Arnette, the Buckeyes always confident fifth-year senior cornerback.

“I mean, it just seems like whenever we go against a talented group, they say it’s the biggest test — like we haven’t already covered good receivers,” Arnette said. “They’re good, though. We’re in the College Football Playoff, so I would expect anybody we play to be good. I think it is going to come down to us. It’s us versus them. The winner of that matchup is going to be the winner of the game, in my eyes.

To prove themselves worthy of the monikers that come with that praise, the Buckeyes defensive backs know they’ll need to pass the test that Clemson presents. Those guys might prefer to be called B.I.A to signify their unit as the Best in America, but if the want to leave no doubt about being DBU, defeating the Tigers and WRU is a critical step.