Have a question about Ohio State recruiting? This is the place for you, five days a week. Submit your questions on Twitter or on the Lettermen Row forums. Check in daily to see what’s on the mind of Buckeyes fans all over the country. Thursday’s question talks about potential flip candidates in the 2020 recruiting cycle.

Which would be a more likely scenario from now until signing day?: Bijan Robinson or Elias Ricks flip to OSU.

To put it bluntly: The odds of Ohio State flipping either 5-star running back Bijan Robinson or 5-star cornerback Elias Ricks are low.

Maybe that will eliminate the need to read the rest of this column, but I think it’s important to get it out of the way at the start. Robinson committed to Ohio State once already and changed his mind, and while in some small way that could conceivably help the Buckeyes down the road if he’s ever considering decommitting from Texas, I don’t think that’s the case.

Robinson has reportedly suggested that he will take his remaining official visits. But that isn’t going to help Ohio State, because he’s already used his paid-by-the-university trip to Columbus. And if his family’s wish that he not go as far from home for college as Ohio remains, I’m not sure anything is going to change it. Robinson is likely going to end up at Texas, and if he doe flip somewhere, I think USC would be the better bet.

On the other side of the country is Elias Ricks, who recently made his way from California to Florida and the IMG Academy, where he’s now roommates and teammates with Ohio State verbal Lejond Cavazos. Cavazos has repeatedly suggested that he was recruiting Ricks, who committed to LSU last Christmas, and expressed real optimism that he could bring him into the mix for the Buckeyes. 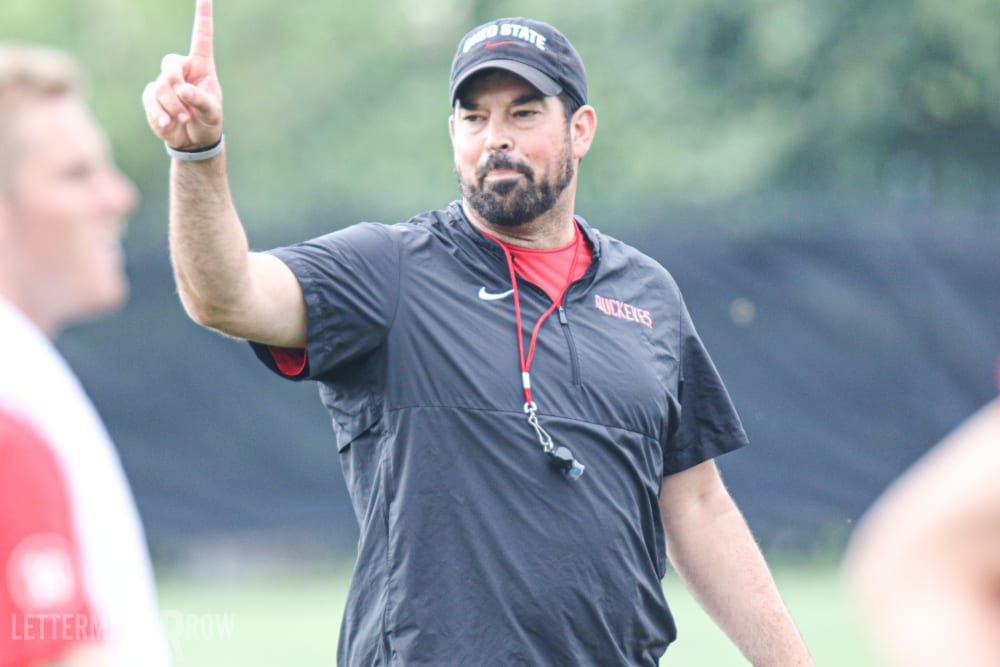 Ryan Day and the Buckeyes are looking for one more cornerback in the Class of 2020. (Birm/Lettermen Row)

That’s one reason why Ricks has been considered a real possibility for a flip to Ohio State. HeÂ will visit Columbus again this fall, and it will be an official when the Buckeyes play Penn State. What that means right now is kind of up in the air.

Ricks has said publicly that it’s going to take a major change at LSU for him to rescind his commitment. That means a staff change that includes Ed Orgeron leaving Baton Rouge andÂ probably would require defensive backs Corey Raymond leaving the Tigers as well.

Yes, LSU has been wildly inconsistent over the years, but the odds of total collapse aren’t high.

Ryan Day and the Buckeyes are going to keep working on the players they believe are the best fit for the program. But even in this era of the decommitment, banking on 5-star flips from schools like Texas and LSU isn’t the most successful recruiting strategy.