Have a question about Ohio State recruiting? This is the place for you, five days a week. Submit your questions on Twitter or on the Lettermen Row forums. Check-in daily to see what’s on the mind of Buckeyes fans all over the country. Thursday’s question gives another look at the quarterback position in the Class of 2022.

What other serious options at QB are the Buckeyes considering other than Quinn Ewers for the 22 class?

Sometimes it seems fruitless to spend too much time stressing about the Class of 2022 right now. But one position that always matters more than most is quarterback.

Quinn Ewers is certainly a real option for Ohio State now that he’s decommitted from Texas. The country’s No. 1-ranked quarterback is, and has been, at the top of the list for the Buckeyes. Landing him in their 2022 recruiting class in the near future is both a possibility and a priority for Ryan Day and Ohio State.

Lettermen Row talked about that recently.

The 2022 cycle is going to be a wild one on the recruiting trail as it seems the recruiting dead period is going to extend maybe into March of 2021. So opportunities to evaluate quarterbacks in person are going to be extremely limited. Ewers is about asÂ canâ€™t missÂ as prospects can get, and the BuckeyesÂ did get to evaluate him in person two years ago, so they have more actual data on him than anyone else at the position.

Well, in reality, the dead period is extended untilÂ April — at least — and the importance of adding a player of like Ewers is more important than ever because of it. In his first year as the Buckeyes quarterbacks coach, Corey Dennis could be on the verge of securing an absolutelyÂ huge first commitment. 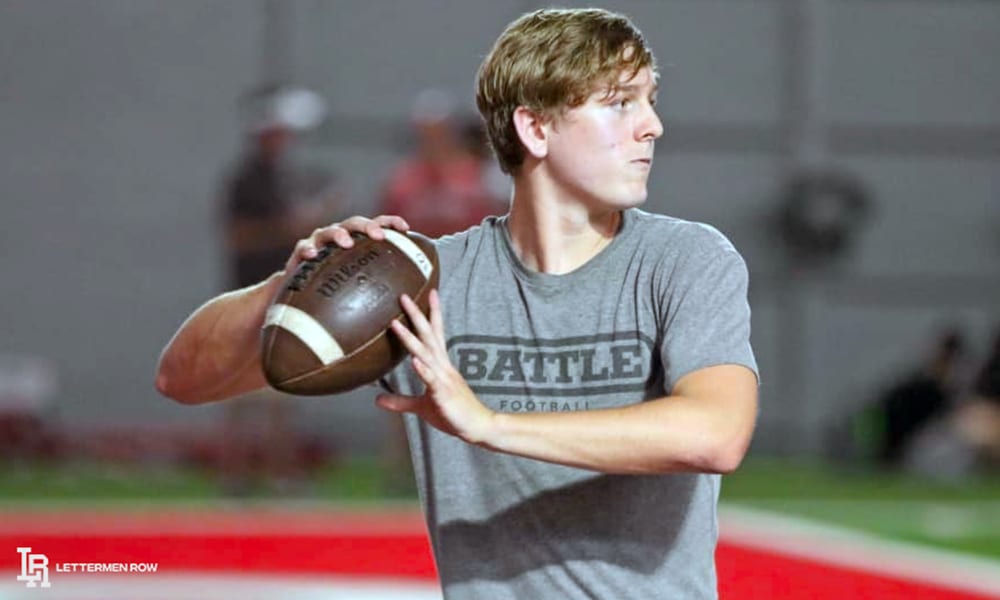 But if something were to happen and Ewers opted for another program, there’d still be plenty of big-time options available for Ohio State. They just may be options that the Buckeyes would need a bit more time to evaluate before they’d be willing to say yes to any other potential commitment. Most of those names are already well known and have been discussed here over the last few months.

Inside of Ohio, the top 2022 quarterbacks are Chase Harrison of Centerville and Drew Allar of Medina. Allar’s junior season was particularly impressive, and he caught the attention of the Buckeyes because of it. Harrison has camped for Ohio State, so there’s a sense of familiarity with him for the coaching staff.

Moving away from the Buckeye State, there are a couple of names to keep an eye on. We’ve talked ad nauseam here about California’s Maalik Murphy over the last few months, but there’s a definite need to see quality varsity tape on him. His camp performances and measurable qualities are off the charts, though, and that certainly hasn’t slowed down the expectations for his future or dampened Ohio State’s interest in his future.

Ohio State was very high on Georgia’s Gunner Stockton before he committed to South Carolina over the summer. Now that the Gamecocks have fired Will Muschamp, it’ll be interesting to see if the Buckeyes take another swing in his recruitment. There’s no indication that Stockton is going to open his recruitment back up — and no indication that the Buckeyes will evenÂ need to pursue him further — but his talent is very appealing to Ohio State.

Searching for a potential diamond in the rough? It’s another Texas quarterback: Cade Klubnik from powerhouse Westlake in Austin. He’s been climbing the national rankings over the last few months and has been in regular conversation with Ohio State. Klubnik was the first quarterback offered by Texas when Ewers decommitted, for what it’s worth.