COLUMBUS â€” Beating Clemson was the only thing Ohio State thought about.

Buckeyes coach Ryan Day and his team were obsessed with the Tigers last season following a devastating Fiesta Bowl loss the year before. Everybody involved at Ohio StateÂ had to get the taste of that defeat out of their mouths.

There doesn’t seem to be a similar response to last season’s national championship loss to Alabama. The Crimson Tide decimated a depleted Buckeyes squad in Miami, 52-24. It was a bludgeoning.

But it doesn’t hurt like that Clemson game in the desert did. DayÂ isn’t afraid to admit it.

“The other one just hit different,” Day said at Big Ten’s Media Days. “This one … just the whole thing was weird.”

He’s right, last year was weird. Every single day was chaos. The Buckeyes fought tooth and nail for a chance to play in a season that was much closer to a disaster than a dream. Every game that was played was a gift as the world focused on things more important than sports.

The goal of getting back to — and beating — Clemson, was a unifying and edifying objective for Ohio State.

Playing Alabama a week later with a makeshift roster and no chance to practice to prepare to face an historically-loaded roster with a fully-functioning depth chart wasn’t the be-all, end-all.

That, however, was last year. This season, with the Clemson dragon at least temporarily slain, Alabama becomes the primary villain. It has to.

Ohio State hasn’t lost a Big Ten conference game under Day, and are the prohibitive favorite to win the league again.Â To not at least superficially keep an eye on Alabama is a de facto lowering of the Buckeyes standards.

The Crimson Tide don’t have to become the bogeyman, though. 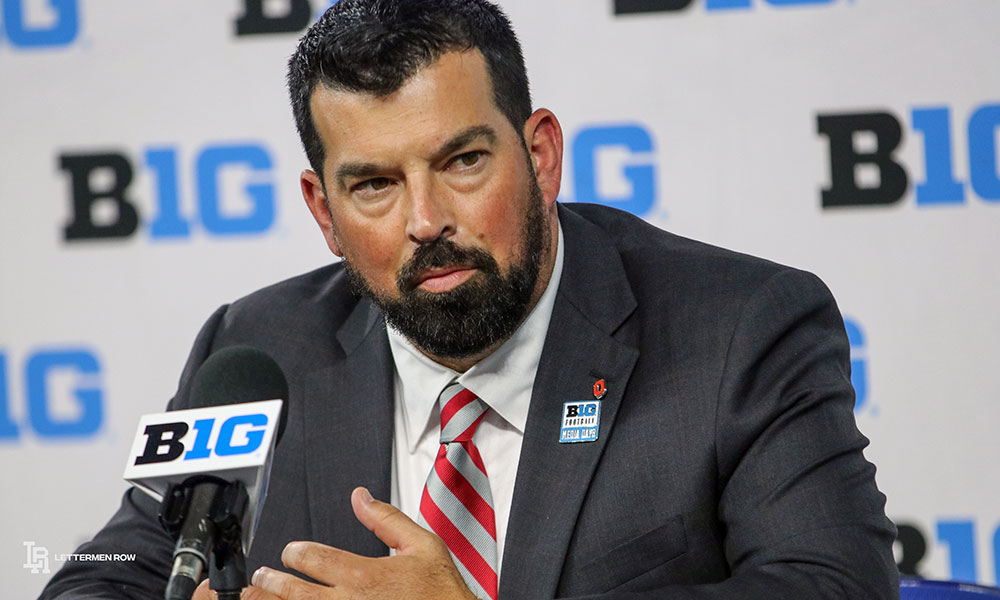 They’re the team everyone is chasing, including Ohio State. Nick Saban’s program was head and shoulders better than anyone it faced last year — again including the Buckeyes. A full season of games, a healthy Justin Fields and a full roster may not have changed that one bit. Ohio State may not be obsessing about the outcome of that Alabama game — but every day the question of How to win a national championship is on its mind.

“We’ve definitely spent a lot of time,” Day said. “That’s part of the job, benchmarking yourself against other programs. Certainly what Coach Saban has done down there is tremendous. His success and the way they’ve done things is remarkable.

It’s cliche, but to be the best requires beating the best. Alabama is the best, and it has been for a while. For Ohio State and its third-year coach, every single moment is building toward what most consider an inevitable rematch between the two historical programs in the near future.

The Buckeyes don’t need to get crazy about it. Not yet. There are big questions at quarterback, linebacker and in the defensive backfield to worry about. Those questions need to be answered before the riddle of Saban can become the focus.

“We’ve got some big games early in the season with a young quarterback” Day said. “That’s where the focus has been. It’s not like: ‘Hey, let’s get back to the national championship.’ There’s not going to be a championship if we don’t win these games here in the regular season.

“I think if we do get back into the championship season, it’ll pay dividends. If we get started down that road and win some games, maybe some of those experiences will pay off for us. But shoot, we’ve got to get there first.”

If that rematch happens next January in Lucas Oil Stadium, then it’s time to get obsessive. Again.