Actually, the top two wide receivers in the league play for the Buckeyes.

Chris Olave and Garrett Wilson are more talented than any other pass-catchers in the league. There are plenty of others who are certainly worthy of consideration, but the two standouts for the Buckeyes are simply the best.

So when the Big Ten released its first-team all conference list, the coaches got it right, naming both Wilson and Olave to the first-team sheet.

The media, well, did not. What happened each Saturday that made the media and coaches differ on who was the best two at that position in this league?

Ty Fryfogle of Indiana and David Ball from Purdue are both talented receivers, and a handful of others are good players. But better than Olave and Wilson? That’s nonsense. Both of the Buckeyes standouts are averaging more than 100 yards receiving per game. That’s more than Fryfogle, who was named Big Ten Wide Receiver of the Year because Ohio State’s secondary let him loose for a career day. That’s more than Bell, who can make spectacular catches in traffic but doesn’t have the same level of consistency that Wilson and Olave possess. And it’s more than every other receiver in the conference.

Just watch the games. The two best wide receivers in the league are on the same team. And while the coaches in the Big Ten got it right, the media did not. It’s not just the Big Ten media, either. Olave and Wilson were overlooked for the Big Ten honors just a week after being overlooked by the Biletnikoff Award voters, too.

“I think they should be on there,” Ohio State quarterback Justin Fields said of his two go-to wide receivers when they weren’t on the Biletnikoff Award finalist list. “But we try to not focus on individual awards. We just care about national championships and winning Big Ten championships.” 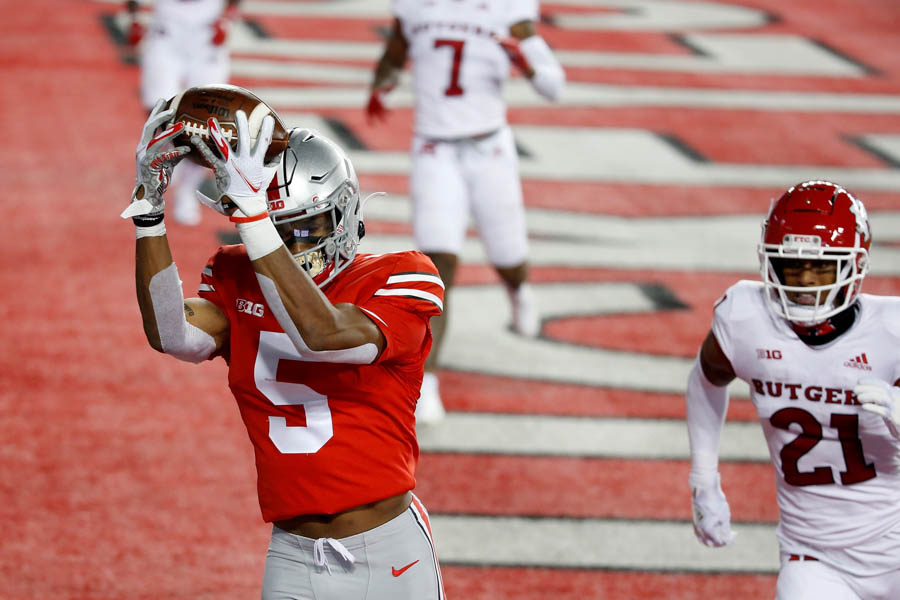 Ohio State wide receiver Garrett Wilson is one of the best in the Big Ten. (Courtesy/Ohio State Dept. of Athletics)

Both Wilson and Olave should be on first-team All-Big Ten honors for both the coaches and media.. And one of them should be the wide receiver of the year in the league. Not sure which one? Flip a coin. They’re the two best at what they do in the Big Ten.

But they aren’t the only players the Big Ten coaches and media incorrectly — or correctly — recognized. To the conferenceâ€™s credit, it also made some good calls. Lettermen Row examines the offensive all-conference awards and how they impacted Ohio State.

The easiest award to predict in the Big Ten was the Griese-Brees Quarterback of the Year. And that award is easy to parlay with the Graham-George Offensive Player of the Year award. Both went to Justin Fields, the best quarterback and offensive talent in the conference — and he might also just be the best player in the country.

With only five games to work with, Fields racked up 1,407 passing yards and 15 touchdowns with just three interceptions while rushing for 239 yards and five more scores. Fields has been the best offensive player in the Big Ten since he joined the league in early 2019. And with back-to-back Big Ten Offensive Player of the Year honors, he might even earn back-to-back trips to the Heisman Trophy ceremony. 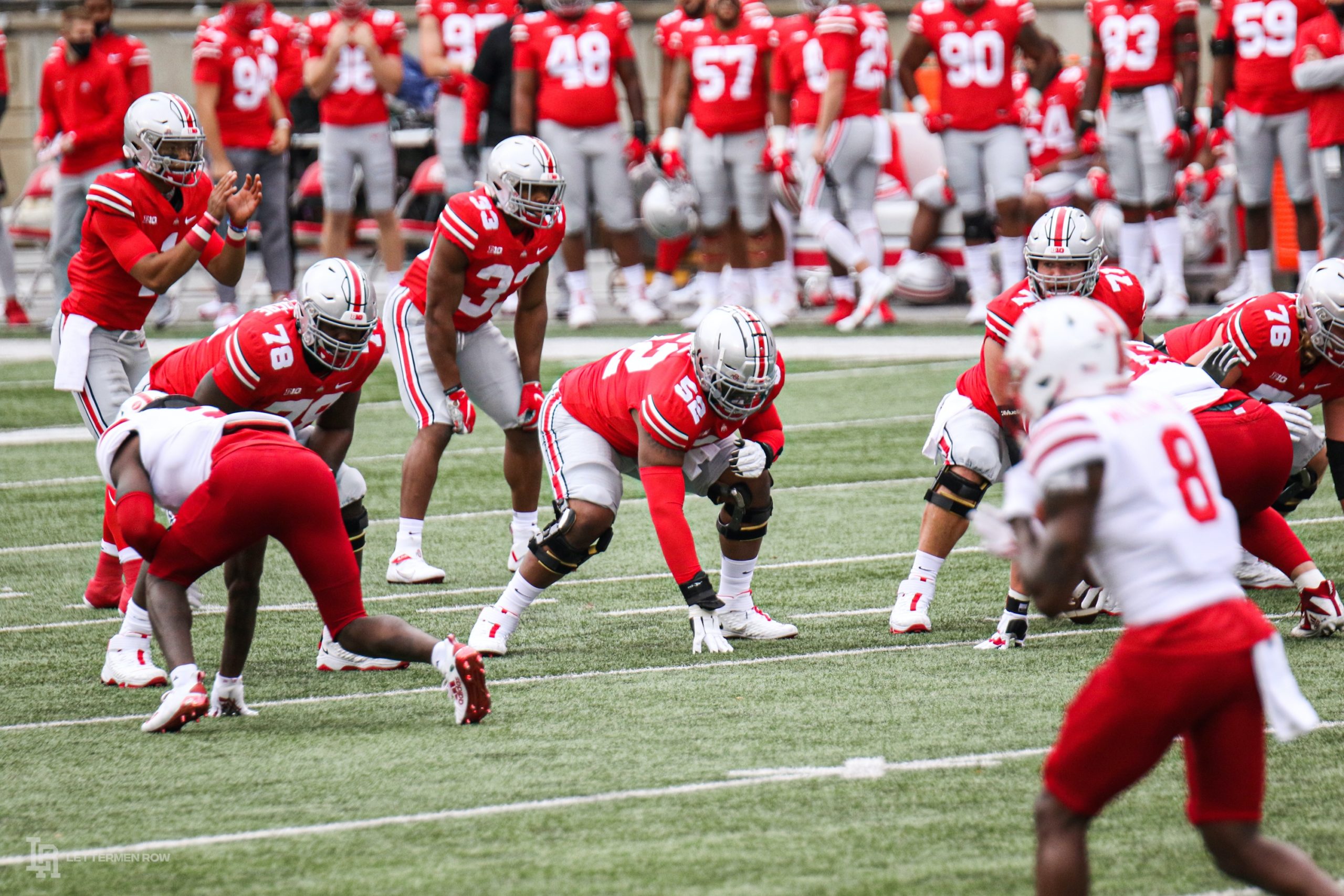 Wyatt Davis was a consensus All-American from his right guard spot a season ago, but the conference he played in didn’t reward him as if he was one of the best offensive linemen in the country. Last season, the Big Ten Offensive Lineman of the Year award went to Iowa tackle Tristan Wirfs, who is now dominating for the Tampa Bay Buccaneers. This season, there was only one obvious choice for the best offensive lineman in the conference, an honor that went to Davis.

Davis had paved the way for Ohio State running backs in each of the last two seasons while also keeping the pocket clean for Justin Fields, helping the Buckeyes offensive line to consideration for the Joe Moore Award. Now a two-time first-team all-Big Ten honoree, Davis is the fourth Ohio State offensive lineman in the last six years to win the honor, joining the elite company of Taylor Decker, Pat Elflein and Billy Price to recently win it. And Davis certainly deserved it after being arguably snubbed for it last season.

Ohio State doesn’t emphasize its pair of talented tight ends in the passing game enough to warrant Tight End of the Year honors quite like some of the other teams in the Big Ten. But Luke Farrell and Jeremy Ruckert both deserve much more recognition than they received Tuesday afternoon.

Neither of the two tight ends from Ohio State had to be named the Big Ten Tight End of the Year, but both of them should have garnered more recognition than just cracking the honorable mention list. Maybe they could have split second-team All-Big Ten honors or even third-team. But to leave them off and not consider both of them in the top third of the league’s tight ends is an oversight.