COLUMBUS — Baron Browning hardly seemed in the mood to take any credit for what he had just given Ohio State.

The veteran linebacker had been a dominant force in the front seven, aggressively pursuing tackles, shedding blocks and relentlessly chasing down plays while also contributing on a key takeaway.

Browning was playing at perhaps the highest level of his career in the win over Indiana as the Buckeyes absolutely dominated against the rush. But thanks to his diverse set of responsibilities, Browning was also part of a passing defense that was picked apart and nearly undid all the positive work elsewhere as the Hoosiers battled back from a four-touchdown deficit in the second half.

There were mixed feelings everywhere for the Buckeyes last week. But Browning’s continued emergence into a truly reliable defensive weapon for the Silver Bullets shouldn’t be overlooked heading into the final stretch of his senior season. 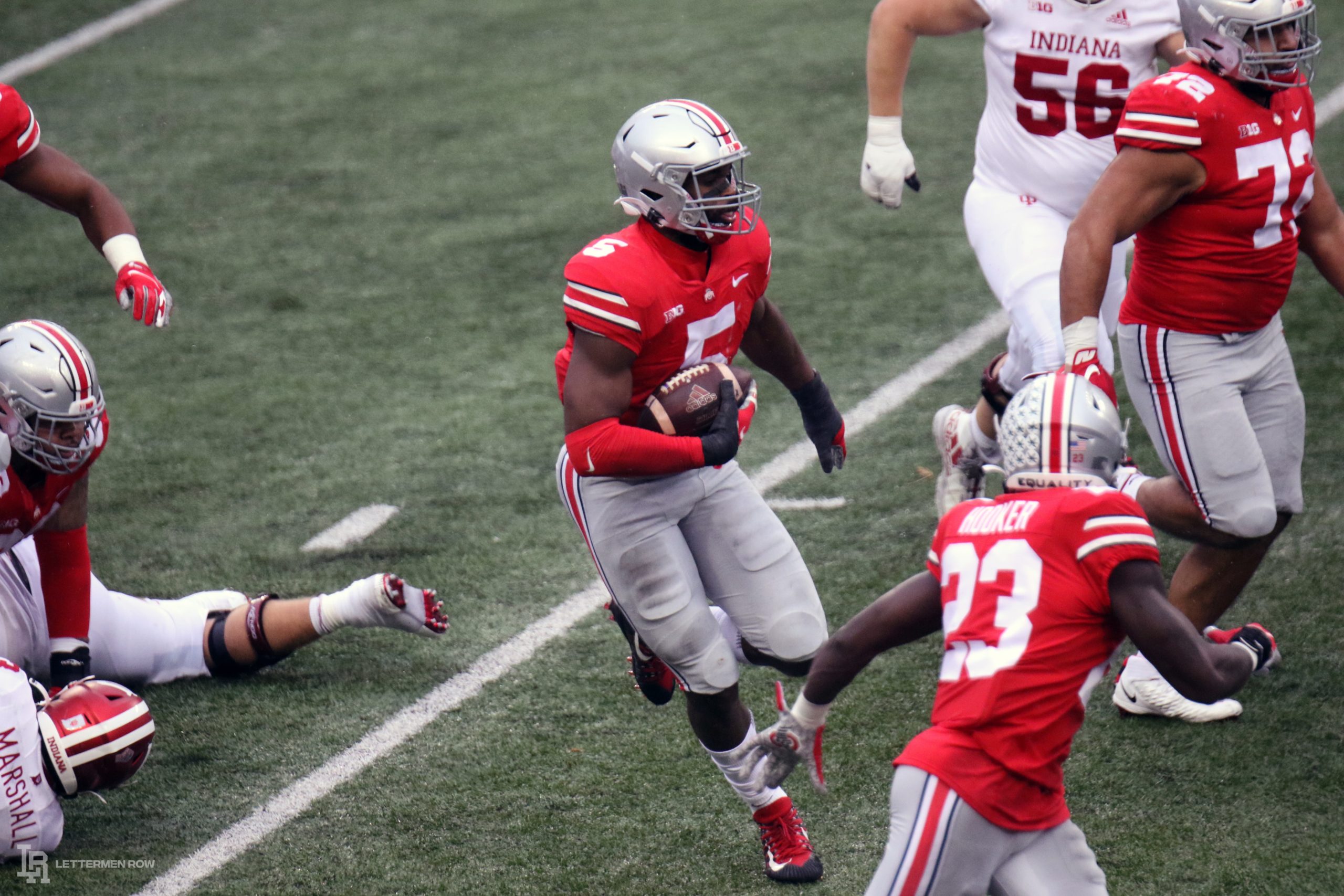 “I think I’ve still got some areas I can grow in,” Browning said on Saturday after the win over Indiana. “In the pass-coverage game, for instance, that had that one play where they ran a little play and there was miscommunication between me and the safety on that and they got in the end zone. In general, we’ve got some things we can clean up. But I feel like each week we’re getting better and better in areas, and that’s all that matters.

“How can we be better than we were last week? That goes to the passing game, but it’s also just overall for the defense.”

The Buckeyes are primarily searching for answers in the secondary, and those problems are believed to be correctable inside the Woody Hayes Athletic Center. Certainly nobody was pleased with what happened against the Hoosiers, but one key reason there is no panic about this turning into a sequel to the disastrous 2018 season on defense is because Browning and the linebackers have been so remarkably productive.

Two years ago Ohio State was giving up explosive plays all over the place, both on the run and on the ground. Want to run on Baron Browning and the Buckeyes right now? Good luck — especially when they’re still in the mood to prove somebody wrong.

How is Baron Browning helping Ohio State most this season? What can the versatile linebacker keep doing as the Buckeyes look for some defensive improvements at Illinois? Where is Browning the most dangerous on the field? Former Ohio State linebacker Zach Boren put on the film and answered those questions in the latest episode of BuckIQ.