COLUMBUS — Imagine for a moment there had been a 2020 version of The Game at Ohio State on Saturday.

And further, that Baron Browning would have been asked for the second straight week to step over and help fill the breach left by the sidelining of regular Ohio State middle linebacker Tuf Borland.

How confident would defensive coordinator Kerry Coombs have been that Browning could handle the torque and torts that come with that position?

Coombs has a body of evidence to show that Browning, who occasionally played on impulse a year earlier when he and Borland shared the key MIKE position in the middle of the defense, is now a more disciplined reader of the moment. Maybe itâ€™s because he otherwise has been the starting strongside linebacker this season, a frequent missile to the ball who rarely has put a foot wrong. 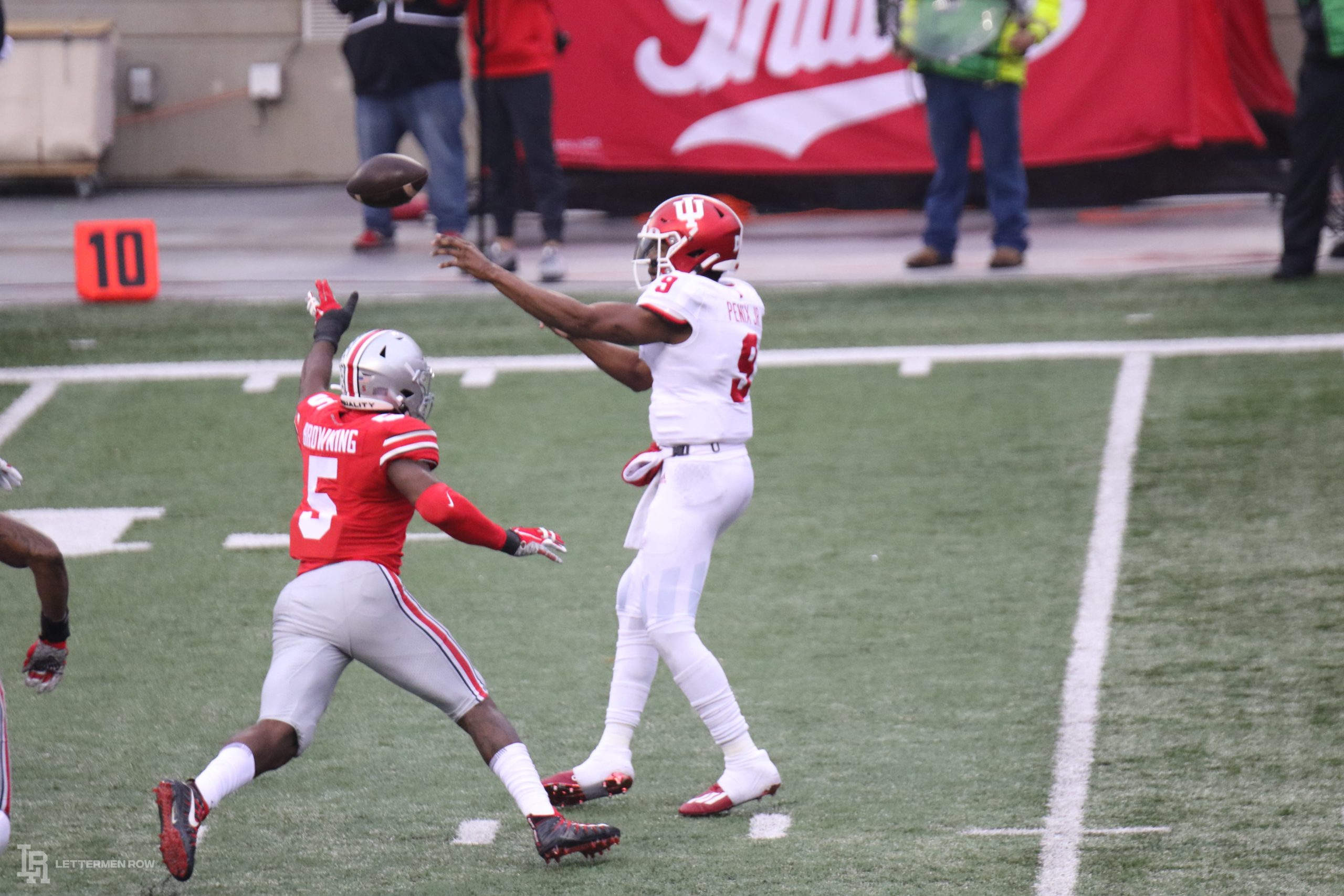 That maturity showed the week before when he stepped in for the sidelined Borland at Michigan State. Browning graded out a champion as he helped direct the defense and then made plays. The video of it will no doubt be a big part of the Kennedale, Texas, nativeâ€™s folder when the senior heads for the NFL after this oddball season of college football.

â€œWhat he did last week was he built his resume,â€ Coombs said. â€œI mean, you talk about a guy who was able to come in on a short notice and fill a spot that was critical for us, and he did a great job.

Browning did so, it seemed, with a certain air of confident cool, too.

â€œHe didnâ€™t bat an eye,â€ Coombs said. â€œThat is one of the things about this team that is special. He just went right at it, and embraced it. And [linebackers coach] Al [Washington] did a great job coaching him up, getting him prepared.

â€œAnd I would also tell you we were able to do that because Justin Hilliard is such a valuable part of the defense.â€

Hilliard, the sixth-year man who had been sharing time with Browning at the SAM, or strongside spot, moved into the starting role there and also roamed with an astute sense of the scheme.

â€œSo we had some experienced guys out there, Hilliard, Browning and Pete [Werner], and that was very, very comforting,â€ Coombs said.

It harkened to a story earlier this year at Lettermen Row in which it was discussed about the Buckeyes having the luxury of four senior â€“ or older â€“ linebackers to add stability to a defense that was replacing key starters on the line and in the secondary. They cashed in some of those chips in the 52-12 win at Michigan State.

Browning, especially, rose to the challenge.

â€œI do think he was better than last year playing that spot,â€ Coombs said. â€œI think that was a very good experience for him and the Buckeyes.â€

Three-time captain Borland is expected back next week when the Buckeyes take on Northwestern for the Big Ten championship in Indianapolis, and Browning will slide back to an outside spot. But Werner said there were times at Michigan State when having Browning in the middle gave him a sense of dÃ©jÃ  vu.

â€œIt kind of felt like our old nickel package [from a year ago], but it felt good,â€ Werner said. â€œBaron and I have a close relationship, so we were excited about it.

â€œHeâ€™s a hell of a player, and he transitioned very quick to playing that MIKE role. That started that week of practice, so we were very excited about how he played, and how we played well as a group.â€