COLUMBUS — Maybe the third Big Ten schedule is the charm for Ohio State.

Once again, the Buckeyes can start planning their defense of the conference crown after twice having to scrap the previous plans.

After the initial slate was trashed in July and a reworked, league-only blueprint was cancelled last month, the Buckeyes now have an eight-plus-one model that will kickoff on Oct. 24 against Nebraska in the Horseshoe. The three-time defending league champions are slated to play every team in the East Division with crossover matchups against the Huskers and Illinois before the Big Ten closes out conference play with a championship clash on Dec. 19.

The Game against rival Michigan is now set for Dec. 12, returning to its customary spot as the last scheduled game of the regular season.

“They never lost faith,” Ohio State coach Ryan Day said. “They never lost trust, and their behavior through this thing has been excellent and they never stopped fighting. It was during a time that was very, very uncertain. Itâ€™s not easy for 18, 19, 20 year olds to go through this, and they did. The culture was never more evident. I couldnâ€™t be prouder. 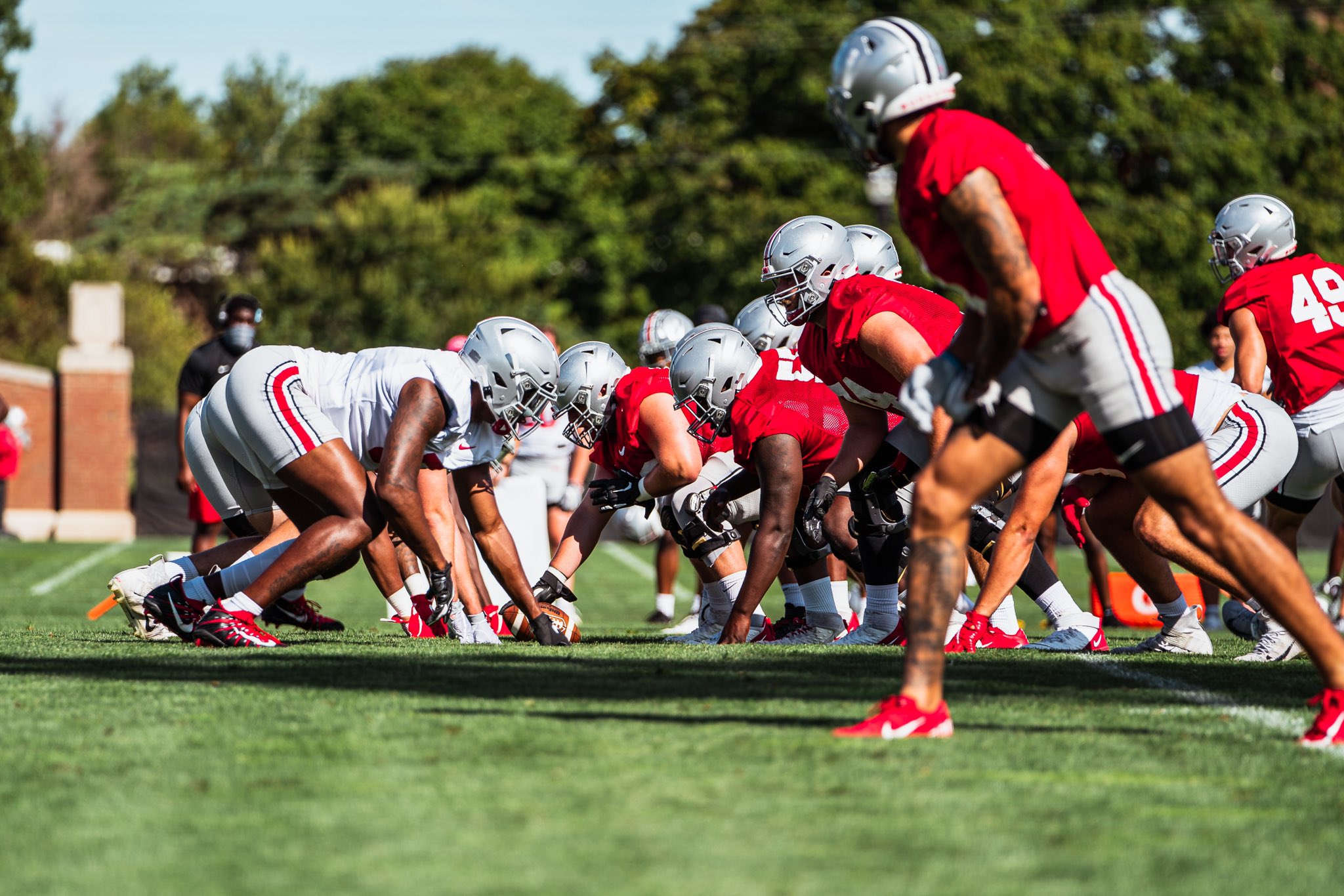 Ohio State has been on the practice field for non-contact drills. (Courtesy/Ohio State Dept. of Athletics)

“Now, they get the opportunity that they asked for, which was to safely compete for a championship and get back into the [College Football Playoff] picture, which so many of them, after they left the field last year against Clemson, really, really, wanted.”

The Buckeyes will have nine opportunities to build a case that they should be in the four-team field at the end of the year competing for national title, and running the table in the Big Ten would almost certainly put them in position to get there.

After a pair of detours and delays, Ohio State now knows exactly what the road ahead looks like.