COLUMBUS — The Ohio State defense is loaded with talent this season, and yet another national award has taken notice.

Having an elite roster is the standard for the Buckeyes. But this season’s group is looking for revenge after last year’s disappointing loss in the national championship game to Alabama.

Cornerback Sevyn Banks, defensive tackle Haskell Garrett and defensive end Zach Harrison will be the leaders of the Ohio State defense. All three are elite players at their positions, which is why they were named to the Bronco Nagurski watch list Tuesday morning. The trophy is presented to the top defensive player in the nation.

“I feel like the pass rush and the coverage is tied together every single play on defense,” Harrison said at Big Ten Media Days last week. “So the quicker we get to the quarterback, the less they have to cover. The longer they cover, the more time we have. I feel like once we both are playing at a high level, which I feel that we will this year, it’ll be it’ll be scary to see.

“Of course we didn’t end the season as we wanted to, and you know that that had a chip on our shoulder. But it hasn’t been like an obsessive focus on Alabama. We’re just worried about how to get better as the Buckeyes every single day. Like: How do we improve ourselves?Â And once I feel like we play our best ball, nobody in the country can beat us.” 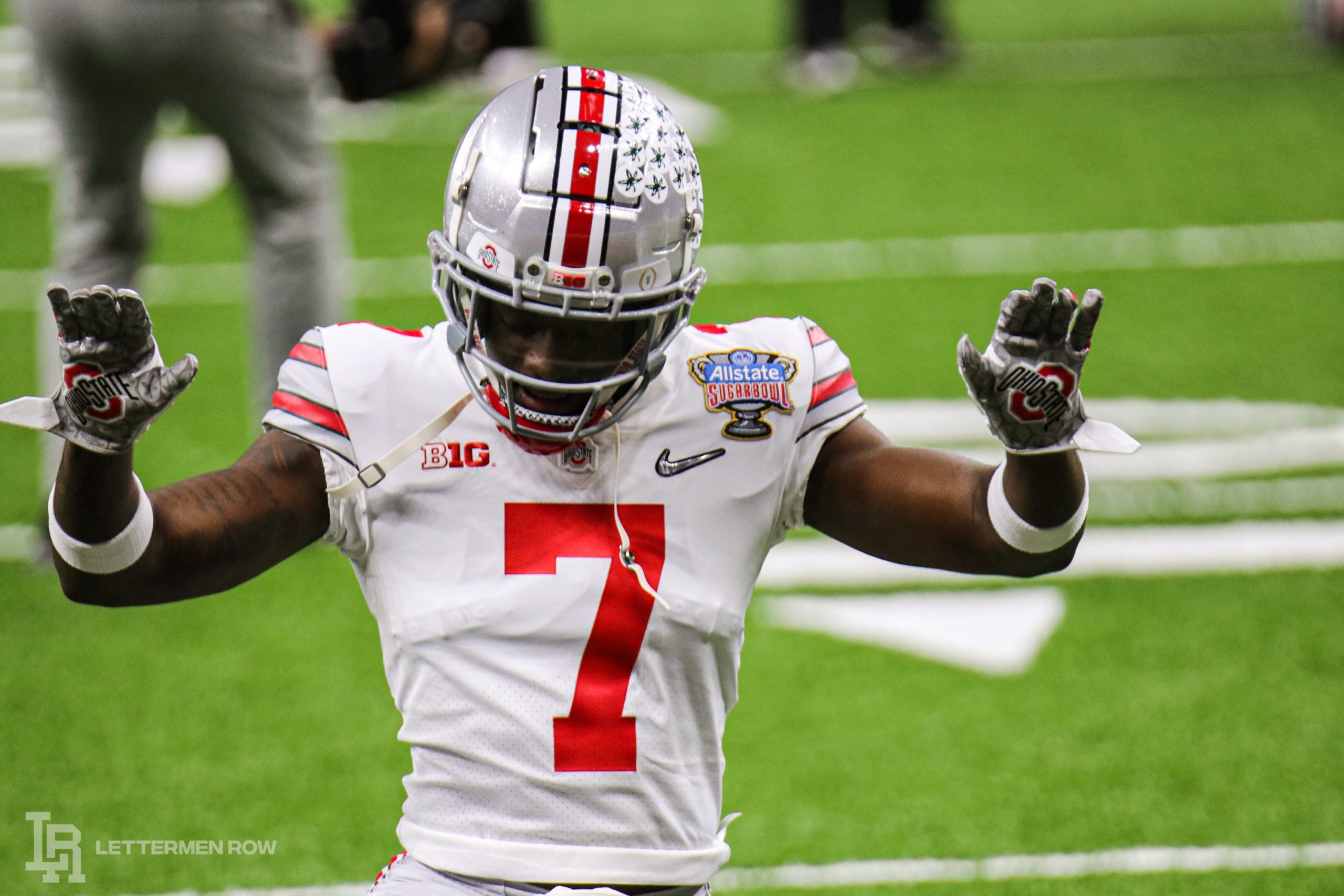 Sevyn Banks can be a star for Ohio State. (Birm/Lettermen Row)

Banks has had his name thrown around as a possible No. 1 overall pick in the 2022 NFL Draft despite sitting out the spring while recovering from injury. He could have left for the NFL after the College Football Playoff, but instead returned to help lead the turnaround of the Buckeyes defense and boost his draft stock. A dominant lockdown cornerback, he can continue the Buckeyes streak of having every starting cornerback drafted since 2013.

Even though he missed the spring recovering from injuryÂ as well, Garrett is expected to continue to rise after his All-American campaign last season. He had one of the most productive campaigns of any defensive tackle in the nation last year. The expectation is for his production to rise this fall.

Harrison reshaped his body in the weight room this winter. The work was on full display this spring. He is getting off the edge faster and looks ready to burst into backfields frequently this fall. After the Buckeyes struggled to reach the quarterback often last year, Harrison could be the answer

Ohio State wants another shot at a national title this season. Sevyn Banks, Haskell Garrett and Zach Harrison will be looked to help the Buckeyes get there.