COLUMBUS — An offseason of questions about the depth of the Ohio State secondary is now spilling into November.

The season-ending injury to cornerback Cameron Brown will provide another test for a unit that has been under the microscope all year as it tried to replace three NFL Draft picks from a season ago. And the challenge is already going out across the board for any defensive back on the roster to prepare to play multiple positions to help fill the void.

The Buckeyes do still have Shaun Wade and Sevyn Banks around at cornerback, and that certainly helps ease the sting from losing the third member of that regular rotation. But Ohio State will still have to spread around a few snaps to help minimize the impact now that one of the program’s most experienced, fastest defensive backs is out until next year.

“It’s very costly,” Ohio State coach Ryan Day said on Tuesday. “Cam came with experience this season in a position where we couldn’t afford to lose anyone. So, to lose Cam, that’s a significant hit. Obviously we wish for him to get a healthy procedure and healthy recovery, and we really feel bad for him and his family. 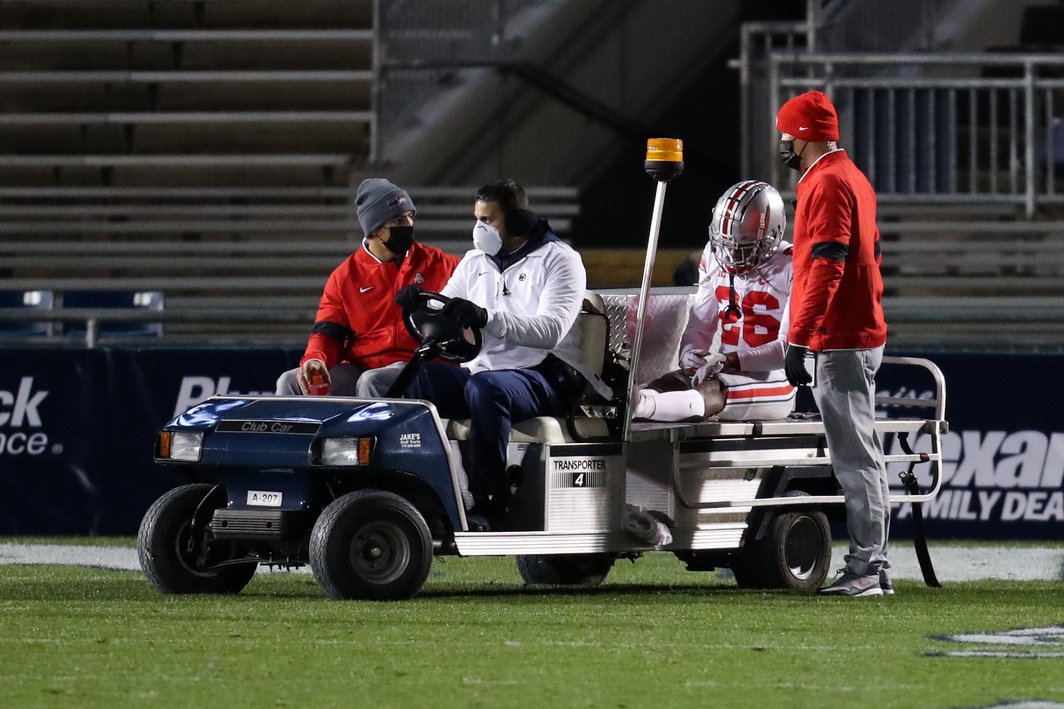 The Buckeyes still have talent waiting in the wings thanks to their remarkable recruiting success in the secondary. But at least for now, it remains largely unproven and inexperienced — especially after Ohio State missed virtually all of spring practice and dealt with an unusual training camp thanks to the pandemic.

The focus will likely shift to Tyreke Johnson at the front of the line thanks to his five-star status when Kerry Coombs recruited him three years ago, and he’ll have a chance to show that he’s ready to tap into that potential. But the Buckeyes figure to play a handful of guys over the next few weeks in something of an open competition for Brown’s role as the schedule softens up at what now appears to be an ideal time.

“I think anytime you lose good players, it’s going to affect you,” Ohio State defensive coordinator Kerry Coombs said. “Other players are going to have to step up. You know, the whole Next Man Up thing is no joke — especially this year. I think we’ve been training our guys from June for the possibility of having to be able to play in a game suddenly. I think that’s really important to try to prepare them for that.

“In the secondary room right now, it’s all hands on deck. Everybody has to understand that their role may change slightly this week’s game. It may change for the next five weeks. You had better be prepared to play more than one position in the backend, because there are going to be moving parts as we go through a season like this.”

The Buckeyes have some time to prepare for the next shift in the secondary. But the loss of Cameron Brown ensures the spotlight is going to stay on that unit moving forward.

Ohio State coach Ryan Day, defensive coordinator Kerry Coombs and offensive coordinator Kevin Wilson met with the media onÂ Tuesday during the day away from practice for the program. The full comments from those coaches areÂ available below, and all press conferences with the Buckeyes can be streamed live on the Lettermen Row YouTube channel.