Perhaps it’s egregious that the Big Ten champion continues to get locked out of the College Football Playoff.

The math that projects the Buckeyes in the four-team field could be fuzzy. Or the protocol might be subjectively applied. Or the losses are too much to ignore instead of the quality wins.

Whatever it is, Ohio State is always in the middle of the controversy when the selection committee officially sends out its invitations. Sometimes it works in its favor, at other times the program is punished — and truthfully, being in the mix is obviously preferable to having no interest in Selection Sunday.

But at some point, the Buckeyes and the Big Ten need to have some serious conversations about a system that might never be perfect but is clearly not the best way to build a national-championship bracket. For years, expansion has been resisted, and the reasoning behind that was fine if adding more games would put the athletes at risk. But protecting the bowl system in order to keep this flawed selection process that wound up being decided by 10 human voters is absolutely insane. 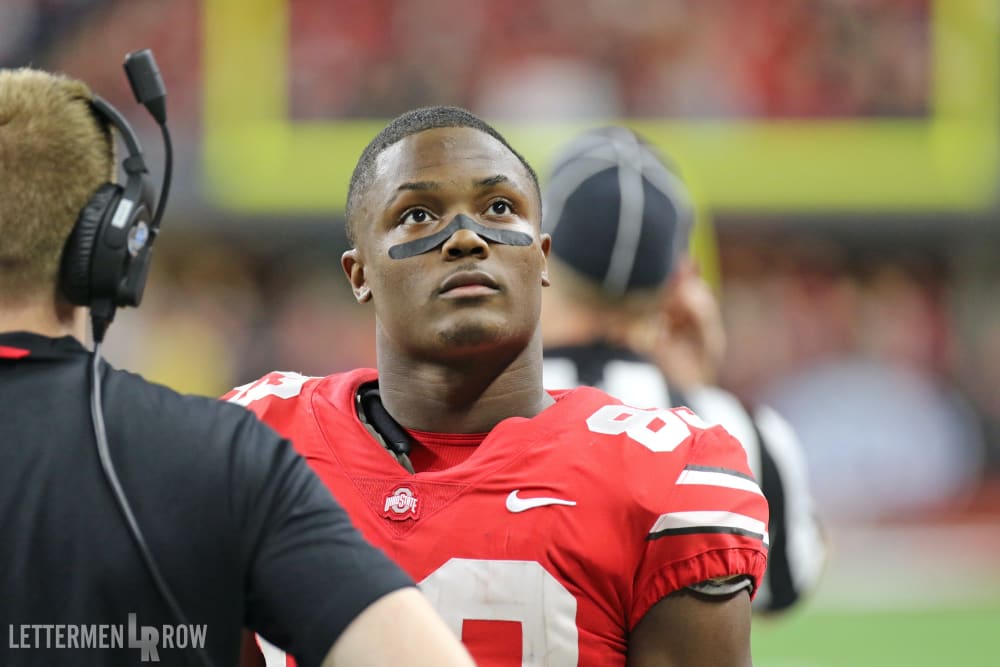 Conference championships are important? Explain both Notre Dame and Georgia finishing ahead of Ohio State.

Strength of schedule is valuable? Doesn’t make a lot of sense to put Alabama ahead of the Buckeyes last year, then.

Eye test? The 2015 Buckeyes were one of the most loaded teams of the decade, but that wasn’t enough to convince the committee either.

Obviously Ohio State benefitted from a final-week leap in 2014, and it was awarded entry two years later as one of those rare teams granted “unequivocal” status to compensate for not winning the Big Ten that year. But whether it’s positive or negative for the Buckeyes doesn’t make any difference, because it’s the absurd debates that are sinking the credibility of a system that wasn’t big enough in the first place to accommodate five power conferences trying to fill four slots.

League championships are hard to win. They’re valuable for the bragging rights against the teams that measure themselves against each other every year. And there was good reason for Ohio State to make its mission to get to Indianapolis to defend the Big Ten crown rather than relying on the subjective selection committee to compete for a national championship.

Some will point to the blowout loss at Purdue and the fact that Ohio State could have controlled its fate on the field. The same topic came up last year with the debacle at Iowa. That’s fine, but that’s also an opinion that a team’s loss is more important than who it beats and quality wins, which is a weird way of evaluating what it would be capable of against elite competition.

That’s a problem. But it’s only one of them in a broken system.

And year after year, Ohio State is the one exposing the issues — both for good and bad.