CFP Reaction: Why top-seed return could be huge deal for Buckeyes
Aritcle written by:

COLUMBUS — Nobody can make a stronger closing argument than Ohio State.

The selection committee has already taken notice and accounted for it.

With the way the College Football Playoff race has been taking shape, that could wind up being a huge advantage as the Buckeyes chase a national title and try to secure the top seed in the four-team field.

Heading into the final week of the regular season, it’s becoming increasingly more clear that three teams are operating at a truly elite level, head and shoulders above even the other contenders for the final spot when the selection committee puts out the rankings that actually count. So, while ordinarily the seeding might not make much difference considering it’s going to take wins over two impressive teams to win the championship — this year, finishing in the top spot might carry more weight since the No. 1 Buckeyes would avoid semifinal wars with LSU or Clemson.

No offense to Georgia, Alabama, Utah or maybe even Oklahoma depending on what shakes out over the next two weeks. But everybody else fighting to make the final cut this season appears to have either potentially fatal flaws or lacks the kind personnel that can match up across the board with the Buckeyes, which adds yet another level of importance for them this week at rival Michigan. 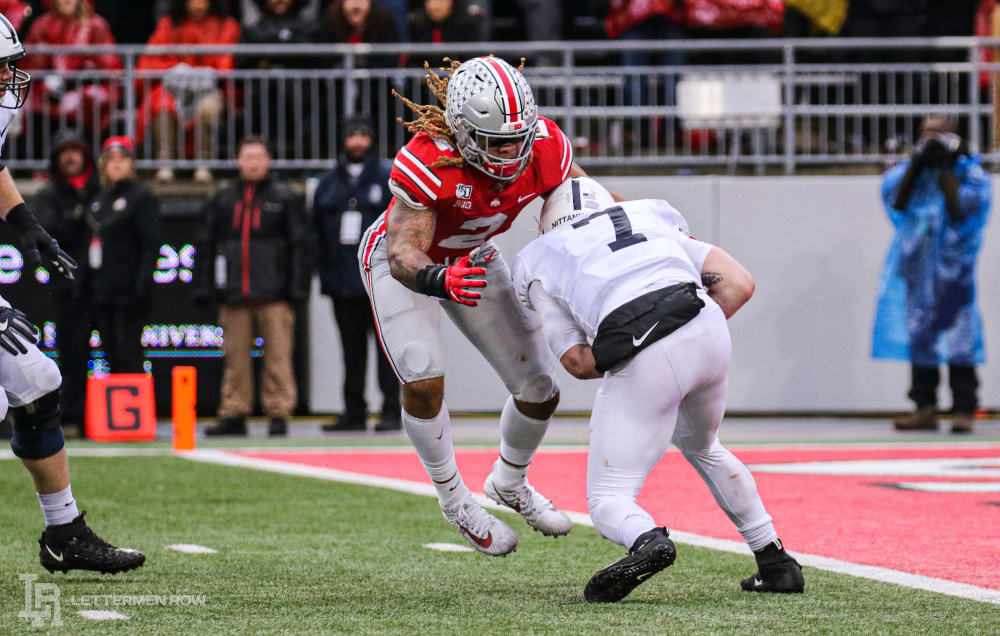 Ohio State already checked off one major item on the CFP to-do list last week by knocking off then-No. 8 Penn State to claim the East Division and book a trip to Indianapolis to defend the Big Ten crown. If it can follow that up with another top-13 victory over the Wolverines on the road and another quality win over another ranked opponent in Wisconsin or Minnesota, that late-season boost to the resumÃ© is far superior to LSU’s final stretch — and it maintain the program’s spot top of the rankings.

“I don’t know [about the scenarios], I just know we’re focused on this game,” Ohio State coach Ryan Day said. “I don’t know. I mean, a lot of people do a lot of what-if scenarios and everything. I know that this game means everything to us. Nothing matters if we don’t win the game.

“That’s the only way I look at it: We have got to win The Game.”

The Buckeyes are favored to do it, just like they have been in every matchup so far this season. Heading up to Michigan, they’ve won all 11 games by double-digit margins, looking every bit the part as the most complete team in the country.

Unless something goes haywire, the ultimate decision for the No. 1 seed is going to come down to a debate between Ohio State and LSU thanks to the middling schedule Clemson has played in the super-soft ACC. Barring upset losses, those three teams have been entrenched in playoff spots for weeks and would be in no danger of falling out of the top-four — but the order remains subject to change.

As long as it keeps winning, Ohio State would appear destined to head to the Fiesta Bowl no matter what happens. But it could arrive in the desert with the highest number by its name thanks to the brutally difficult closing stretch, and being No. 1 might mean a heck of a lot more this year than normal.