COLUMBUS — Even the sensational has become routine for Chris Olave by now at Ohio State.

The Buckeyes receiver has really only been stretching out to haul in deep balls over his shoulder down the sideline, leaping over defenders in the end zone and using his speed to slice through secondaries for less than two full years. But since the moment he started emerging late in his freshman season, Olave has made it look so easy that it’s tempting to become numb to the brilliance.

That might even go double for the Buckeyes who see him do it every day on the practice field and have come to expect nothing short of greatness from Olave. But rather than take it for granted, Ohio State is only appreciating the junior more with every passing week when the only real surprise is if Olave doesn’t score. 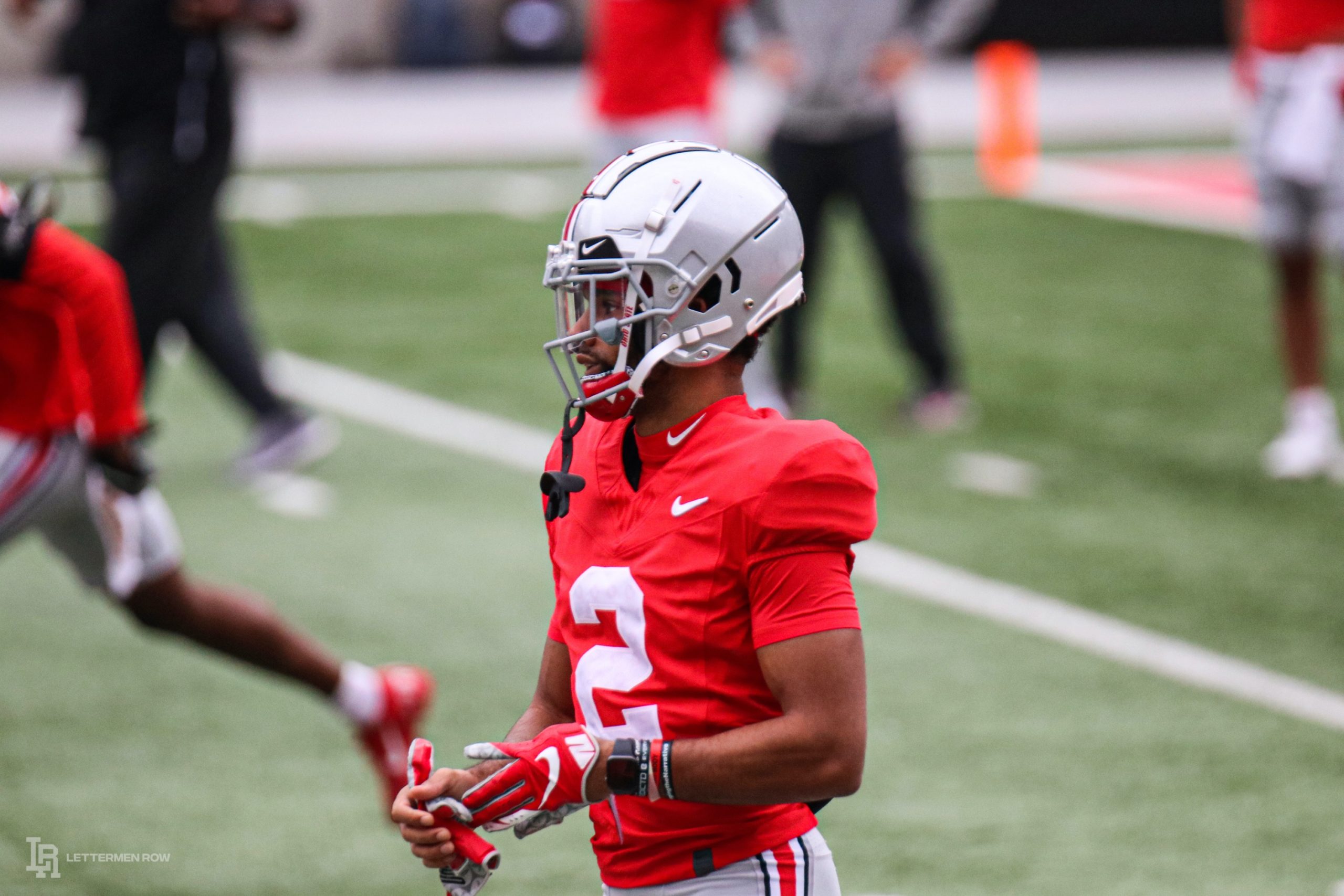 “That’s the biggest thing with Chris: He’s always the same, he’s always consistent with the way he plays.”

The results have become every bit as reliable for the Buckeyes, who have now watched him score 19 touchdowns over the last 21 games since his initial breakout performance in The Game two years ago.

Olave has picked up the pace over the last couple games with two touchdowns apiece in the blowout wins over Penn State and Rutgers, and his connection with quarterback Justin Fields has the potential to shatter records even in this pandemic-shortened season. Olave can run any route the Buckeyes draw up, his speed could even make him a factor in the jet-sweep rushing attack and he’s also continued to embrace a special-teams role as a gunner on punts to keep adding more value to the program.

Olave has set a ridiculously high bar for himself. And somehow he keeps clearing it with ease.

How has Chris Olave become even more dangerous for Ohio State this season? Are there ways the Buckeyes could even use him more offensively? When did Zone 6 first realize what Olave could become for the unit? Former Ohio State wide receiver Johnnie Dixon was in the Lettermen Row film lab to answer those questions and more in his first episode of BuckIQ.