COLUMBUS — There was no need to wait for the grades to be posted at Ohio State.

Clearly the entire front seven was producing at a championship level for the Buckeyes or there wouldn’t have been a trophy to raise on Friday night in the Sugar Bowl.

But even before finishing off the blowout win over Clemson with some hardware in hand, the impact was already undeniable based on how consistently Ohio State was pushing the line of scrimmage backward and the number of plays that were finishing behind it. That group of Silver Bullets has been a suffocating bunch all season, but to perform the way it did against a team as talented as Clemson was an unmistakable message of dominance.

Now the Buckeyes get one more chance to prove it with a national championship on the line on Monday against Alabama in South Florida.

“We practiced against the best offense in the country every week, so we have confidence we can compete with everyone.” 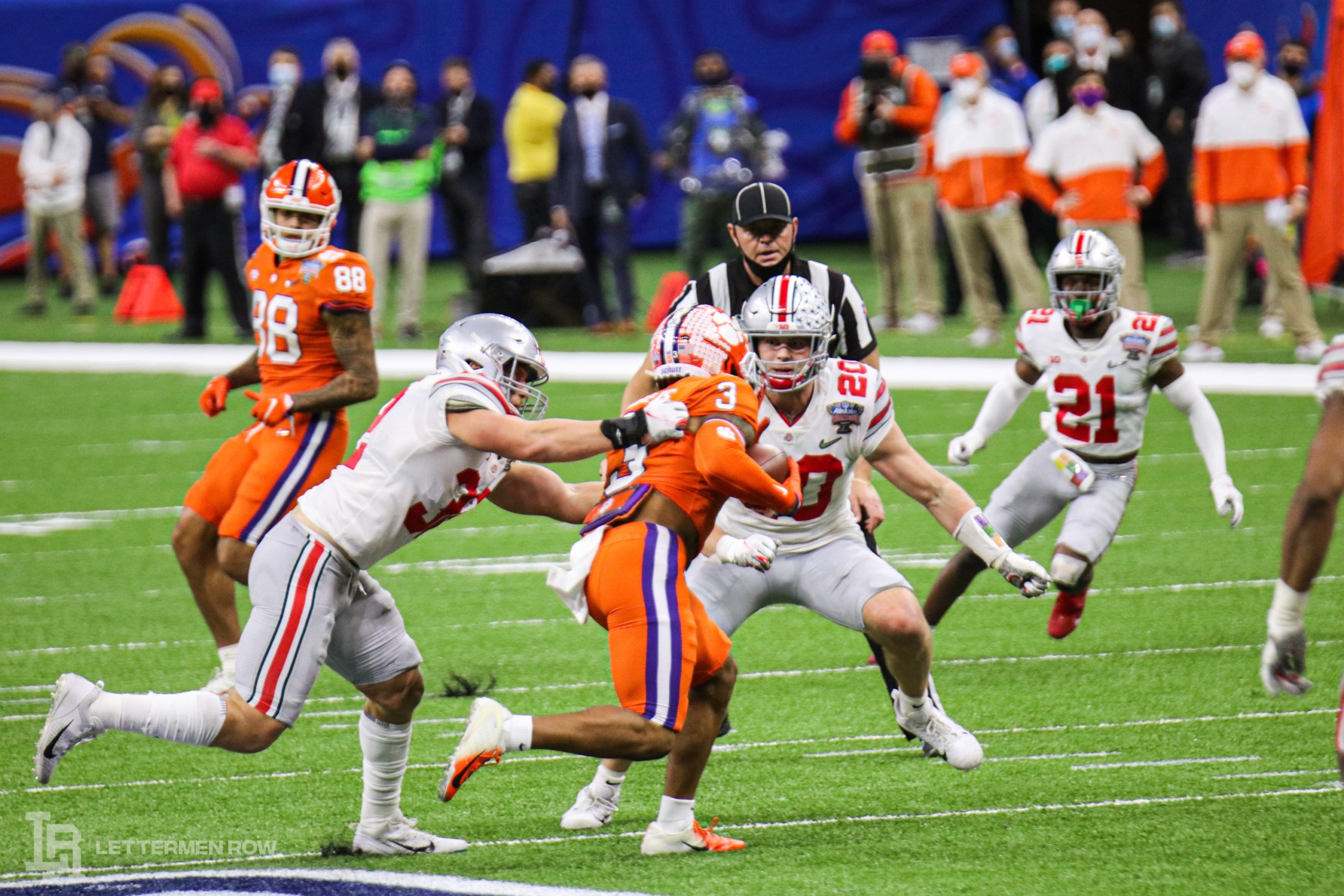 There’s no question that Alabama represents another huge challenge in a game with the highest-possible stakes. But the front seven is rolling into the title game with no shortage of self-belief after holding Clemson to just 44 yards rushing and consistently collapsing the pocket to frustrate Trevor Lawrence into more than enough mistakes to complement a truly jaw-dropping performance from the Ohio State offense.

If the Buckeyes can duplicate that formula with another healthy batch of champion-caliber grades and so many worthy linemen that it has to spread Player of the Game honors around to four guys, there’s a good shot the trophy case is going to have yet another new addition next week.

What has made the Ohio State front seven so dominant this season? How have the Buckeyes fixed the problems that produced the worst defense in school history two years ago? What will be the biggest challenge for the Silver Bullets in the College Football Playoff championship against Alabama? Former Ohio State linebacker Zach Boren was back in the film lab with Lettermen Row to answer those questions in the latest episode of BuckIQ.