After years of auditioning, Corey Dennis ready for full-time spotlight
Aritcle written by:

Ohio State football recruiting can be a wild ride full of twists and turns as recruits from all over the country maneuver their way to signing day. Lettermen Row is here to help navigate the tumultuous roads by getting to the heart of the matter with the young football players and Ohio State coaches and staff members themselves. Birminology shows who the young men being recruited by Ohio State truly are — by talking to them. This week’s guest is Ohio State quarterbacks coach Corey Dennis, who was officially promoted by Ryan Day following the departure of Mike Yurcich.

New Ohio State quarterbacks coach Corey Dennis has been a member of the coaching staff for the last four seasons, even he wasn’t technically considered a full-time assistant

He’s worked closely with Ryan Day as an assistant quarterbacks coach and has played a pivotal role in the development of a pair of Heisman finalist quarterbacks in the last two years. In essence, Dennis has had a near 1,000-day job interview in Columbus

Yet, a little over a month into his new role, Dennis knows that many aren’t sure he’s earned the position he now finds himself in. The son-in-law of former Buckeyes coach Urban Meyer hears the cynicism and isn’t turning from it. 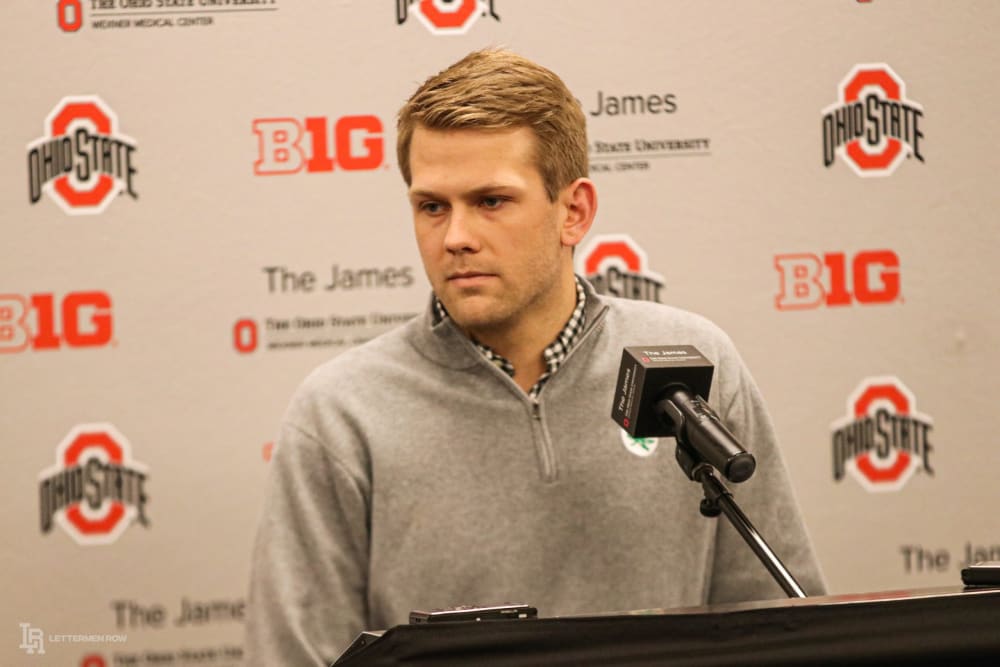 To prove he’s ready to go, Dennis will be tasked with repeating the success of the last two seasons. But for the first time, the success and failures produced by the Ohio State quarterbacks will be placed on the 28-year-old assistant’s shoulders.

What makes Corey Dennis feel so confident that he’s ready for this job? How will he make the job his own and what approach will he take on the recruiting trail? The young Buckeyes coach answers those questions and more as the latest guest of Birminology, exclusively onÂ Lettermen Row.