Ohio State football recruiting can be a wild ride full of twists and turns as recruits from all over the country maneuver their way to signing day. Lettermen Row is here to help you navigate the tumultuous roads by getting to the heart of the matter with the young football players themselves. BirminologyÂ shows who the young men being recruited by Ohio State truly are — by talking to them. Today’s guest: Darrion Henry, who has been a top priority for Ohio State line coach Larry Johnson for almost two years.

Sure, he had a good time bouncing around college campuses and getting to experience all the great things that come with being a nationally-recruited prospect. But he also had to deal with rehabbing a fairly serious shoulder surgery he suffered toward the end of his junior season and all the things that came with that.

A loss of confidence, bad weight-gain and an overall sense of uncertainty around his future were exacerbated by aÂ major drop in the national rankings following a substandard national combine appearance. That meant Henry needed to reassess a few things. 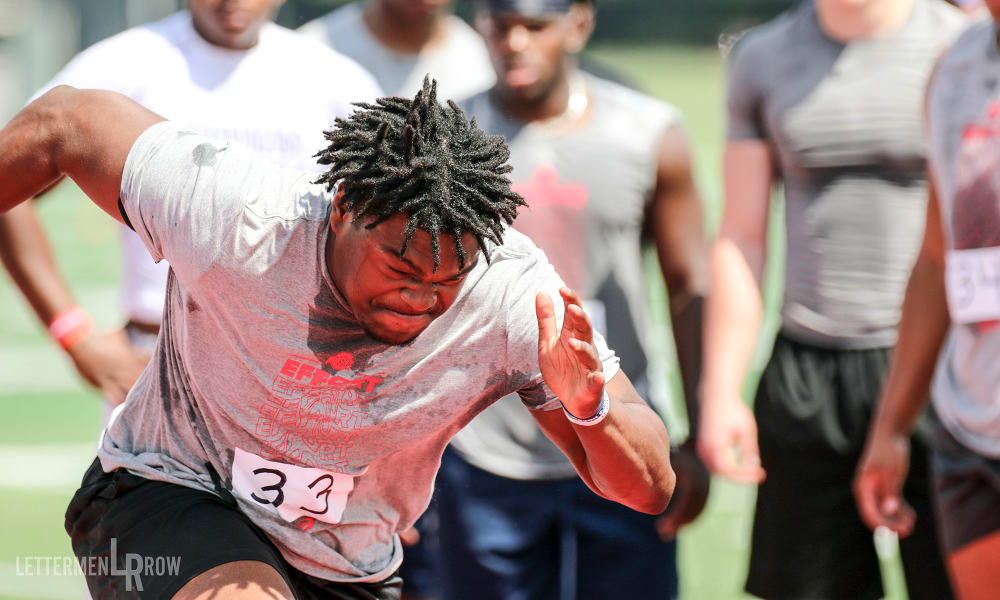 Darrion Henry is working hard to get himself back into football shape and to quiet doubters after a tough offseason. (Birm/Lettermen Row)

Since arriving at an early June camp in Columbus, things have gotten back on track for the 6-foot-5, 265-pounder. He’s changing his body thanks a rededication to eating properly, something teammate and fellow Ohio State commit Paris Johnson deserves an assist for his input. And Henry is working overtime to show that he is the type of prospect who deserved his early top-40 national ranking.

“Iâ€™ve got to show them how I got there in the first place. It really humbled me more than anything, really,” Henry said. â€œThe rankings donâ€™t make me. Itâ€™ll be noticed by how I play this year.â€

Healthy, humble and with an eye on the future, Darrion Henry discusses his plans to enroll early at Ohio State, what he and his family like about Ryan Day and much more in the latest episode of Birminology on Lettermen Row.