COLUMBUS — The schemes will change, the Ohio State coaching staff has already undergone an overhaul and a couple key figures will be missing the next time the defense steps on the field.

But there is more than enough talent returning for the Silver Bullets to reclaim the honor that comes with that nickname. And it was on prominent display in the Rose Bowl heading into this critical offseason.

Maybe the Buckeyes weren’t perfect as they capped the year in Pasadena by knocking off Washington. But Chase Young was leading a defensive line that was often playing an entire unit that will be back and deeper next season. Malik Harrison turned in another impressing outing for a group of linebackers that will have the entire starting group together for another year. And in the secondary, Brendon White offered another reminder of why he should have been playing earlier while Jeffrey Okudah was putting on a clinic that had superstar written all over it.

So, Ohio State was historically bad by program standards last season. But it’s loaded to completely flip that script around heading into 2019. 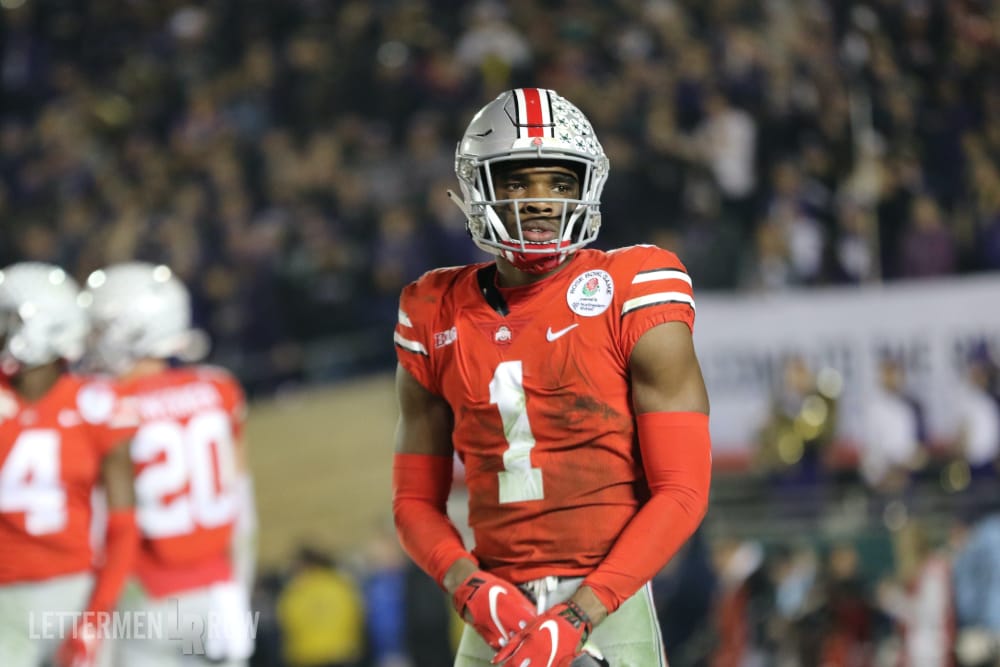 Jeffrey Okudah was a standout for Ohio State in the Rose Bowl victory. (Birm/Lettermen Row)

“Look at those young guys,” now former defensive coordinator Greg Schiano said in Southern California. “Their progression, their development as they get more and more time –Â I think there’s optimism atÂ all three levels of the defense.”

As always, the effort starts up front. And Ohio State again has the chance to take a step forward even while losing a superstar like Nick Bosa and another potential first-round pick in Dre’Mont Jones.

From there, Ohio State could have almost every other starter back depending on what happens with cornerbacks Damon Arnette and Kendall Sheffield as they weigh their NFL futures. And behind the returning veterans, there are guys who were once some of the most decorated recruits in the country pushing for playing time.

The Buckeyes are in great shape in terms of personnel. And as Zach Boren returned to break down one more game film in the Lettermen Row lab for BuckIQ, those guys who will be back setting the tone were under the spotlight. What does the future hold for the Silver Bullets?