The speculation, debate and conversations about Ohio State never end, and Lettermen Row is always ready to dive into the discussions. All week long, senior writer Austin Ward will field topics on Ryan Day and the Buckeyes submitted by readers and break down anything that’s on the minds of the Best Damn Fans in the Land. Have a question that needs to be tackled, like the one today about Ohio State leadership units? Send it in right here — and check back daily for the answers.

– With Paris Campbell gone, who on the team will be that #1 speed threat for the buckeyes in 2019?

Every unit on defense has respected veterans returning. But maybe next season, it will be possible for Ohio State to lead from the back.

For the most part, the Buckeyes been able to count on high-end production in the secondary for years now. But that wasn’t necessarily a place to go to look for a bunch of captains or guys willing to be the voice of the program inside and outside the locker room — not that there was anything wrong with that given their performances on the field.

One reason that part might have been lacking was all the roster turnover at that position. Nobody will ever dispute the value of the contributions made by guys like Malik Hooker, Gareon Conley, Eli Apple, Marshon Lattimore or Denzel Ward. And even if those guys weren’t necessarily vocal leaders, their collective work ethics also set a standard and left an example that should provide a blueprint moving forward.

Now that there are a handful of veterans who can blend both experience with what should be full-fledged development into the best versions of themselves on the field, it’s possible that the secondary could be a tone-setting unit for the Buckeyes next season. They already know what they have in returning captain Jordan Fuller after his somewhat surprising decision to return for another season at safety, and the rest of the projected starting lineup around him should be stocked with guys who have paid their dues and understand the standard with the program. 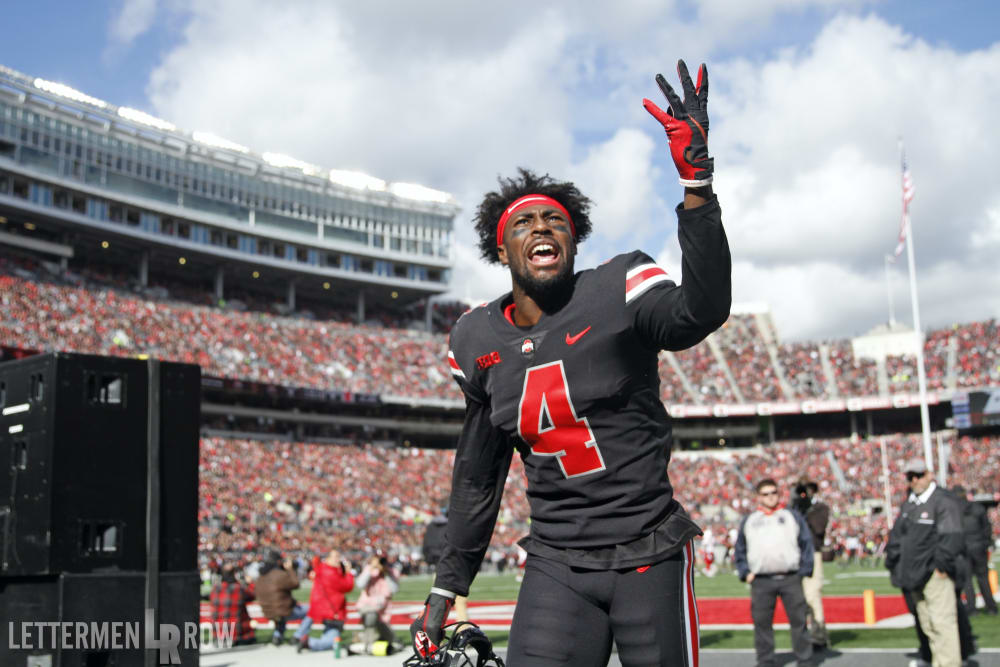 Ohio State safety Jordan Fuller can again set the tone as a captain for the Buckeyes. (Birm/Lettermen Row)

Even after some inconsistency earlier in his career, Damon Arnette could have been drafted as well this spring. And after two years in the starting lineup, that longevity, the adversity he’s faced and his willingness to stick around for the sake of the program should carry weight with the Buckeyes. Add in the undeniable ability of Jeffrey Okudah on the other side at cornerback and the positive impact Brendon White brought to the Silver Bullets when he was inserted into the lineup and Ohio State has a group that can establish itself as a positive driving force.

The loaded defensive line is equally capable of leading the way. And all three starting linebackers are back in the fold as well for the Buckeyes.

But if there’s a group waiting to emerge that might not be getting enough credit for the potential impact next season, start in the Ohio State secondary and work from there.