Ohio State: After Rose Bowl win, where do Buckeyes go now on defense?

The speculation, debate and conversations about Ohio State never end, and Lettermen Row is always ready to dive into the discussions. All week long, senior writer Austin Ward will field topics on Urban Meyer and the Buckeyes submitted by readers and break down anything that’s on the minds of the Best Damn Fans in the Land. Have a question that needs to be tackled, like the one today about the defensive coaching staff? Send it in right here — and check back daily for the answers.

Give the Ohio State defensive coaching staff a month to prepare and a truckload of talent, and it’s going to cause problems for any opponent. The last two Pac-12 champions can certainly vouch for that, with USC getting absolutely choked out in the Cotton Bowl last year and Washington struggling to generate any consistent offense before staging a late, futile rally on Tuesday in the Rose Bowl.

There is certainly tremendous value in putting together solid game plans and getting a team to execute them during bowl season. But the issue for Ohio State over the last two seasons now is that there aren’t long layoffs between games in the regular season. That’s when the Silver Bullets have appeared to have been too stubborn with the schemes, too slow to recognize talent on the bench and then far too often watching defenders give up explosive touchdowns.

The Rose Bowl can certainly be viewed as a step in the right direction. But it almost certainly shouldn’t outweigh the body of work over the course of the rest of the season when the Buckeyes were setting the wrong kind of records by giving up more yardage than any unit in program history. Ryan Day was around to watch all of that as well, and it seems unlikely that he wouldn’t be holding people accountable for that as he builds his first coaching staff.

It’s hard to know what exactly that means for the Buckeyes in the coming days or even what the precise timeline for decisions will be, because there are other potential dominoes that could fall for a couple key figures. 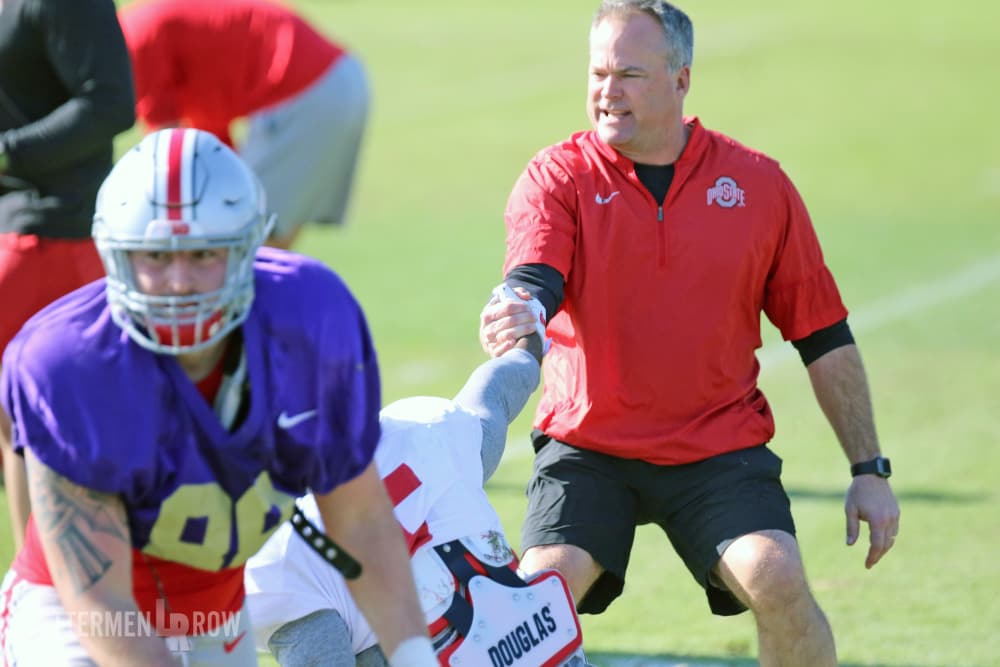 Defensive coordinator Greg Schiano certainly seemed resigned to the fact that he wouldn’t be returning after three seasons with the Buckeyes, although a return can’t be completely ruled out. He’s pursuing open head-coaching jobs in college and could again be a candidate to return as an assistant at the NFL level — or maybe he’ll need one of those as a landing spot if Day elects to relieve him of his duties.

Co-defensive coordinator Alex Grinch has been tied with an open position at Oklahoma. And while his first and only season with the Buckeyes certainly wasn’t what was anticipated after he was landed as the coordinator of the future, he’s still widely viewed as a rising star in the profession. It’s possible that Grinch could be looking to leave after not having the influence over the defense he was expecting, but what happens with Schiano might have an impact on his future.

There would seem to be little chance for Billy Davis to return as the linebackers coach after all the struggles with that unit over the last two seasons. And Taver Johnson will also put Day in a spot to decide whether he has faith that the cornerbacks coach can get a position loaded with some of the most pure talent in the country back on track.

The only certainties? Larry Johnson is absolutely invaluable, and Ohio State is not hurting in terms of overall personnel in any way after stacking up a handful of the most decorated recruiting classes in program history over the last three years.

From there, though, Day has to weigh his options. And the Rose Bowl shouldn’t do much to tip the scales.