COLUMBUS — The draft picks keep moving on, the names keep changing and maintaining the Ohio State standard would seem to get more challenging every year.

But as long as Larry Johnson is around, the Buckeyes are always going to be just fine on the defensive line.

That’s probably underselling it, actually, since the legendary position coach keeps churning out units that are arguably the best in the country every season. But the point remains: As long as the leader of the Rushmen is unchanged, the production from a group that is constantly reloading won’t either.

“The defensive line is the heart and soul,” Ohio State coach Ryan Day said. “Any time you want to be a championship team, if you donâ€™t win the line of scrimmage, thatâ€™s not going to happen. More importantly you have to win the locker room. The defensive line is a big part of that. What heâ€™s recruited to the defensive line, you know how those guys feel about it.

“But more than that, heâ€™s a father figure to everybody on the team. That was important in making him the associate head coach.”

Johnson’s value to the Buckeyes is no secret, of course. But it remains remarkable to watch what he’s capable of delivering year in and year out despite losing so much talent to the NFL on an annual basis.

This season is no exception, of course, with Chase Young, Jashon Cornell and DaVon Hamilton all off to the next level. But the pipeline is still full, and as Defensive Line Week at Lettermen Row winds down, our staff is ready to make Five Bold Predictions about what’s next for Johnson and the Rushmen. 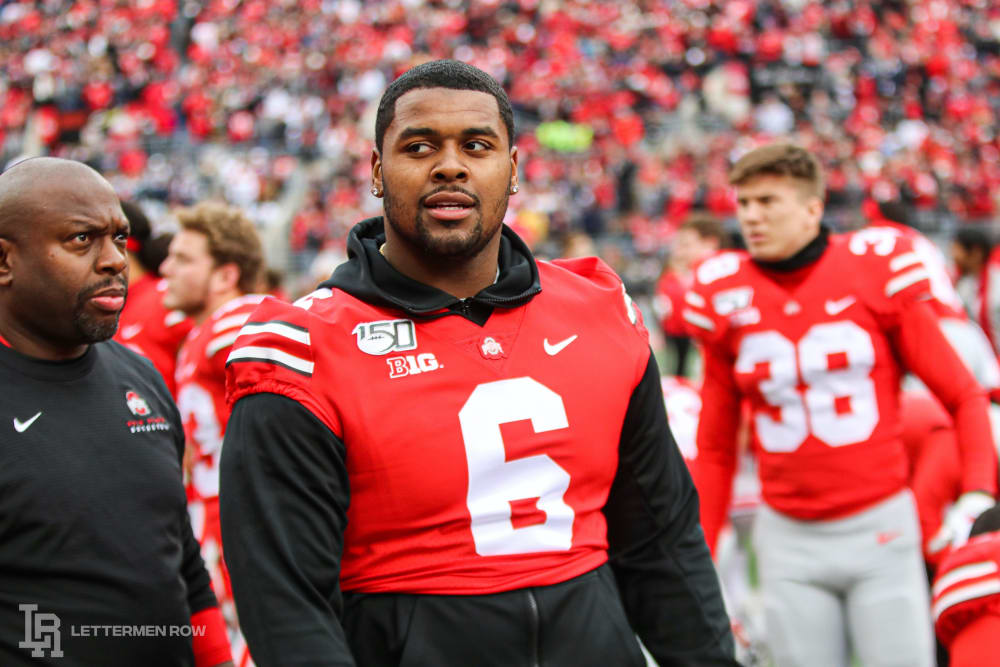 Arguably the most pressing needs on the roster are at defensive tackle, and the uncertainty primarily comes from that fact that a five-star talent like Taron Vincent hasn’t had a chance to really play for the Buckeyes yet. But Vincent’s upside is undeniable, and now that’s he healthy after missing last season with a shoulder injury, he’s poised for the kind of breakout year that could propel him into the early rounds of the NFL Draft. The Buckeyes have seen this script play out before with freakish talents like Malik Hooker or Marshon Lattimore struggling to get on the field for various reasons before finally exploding right before becoming eligible to turn pro. And while it would certainly sting Ohio State if it only winds up with one year of production from Vincent, that would also mean he delivered something special before leaving.

The time is now for Tyreke Smith, and the junior from Cleveland Heights has put in the time and effort to change his frame for the rigors of being the man along the front of the Buckeyes defensive line.Though his impact will be felt less than players like Chase Young and the Bosa brothers, Smithâ€™s value â€” with a lot inexperienced players around him â€” will be undeniable. Heâ€™s ready to take the next step for Larry Johnson and Ohio State, and heâ€™ll do that by dominating games around the Big Ten, landing him the honor of being named the conferenceâ€™s top defensive lineman.

With due apologies to the movie Animal House, “Togiai! Togiai! Togiai!” should be one of the new chants echoing through Ohio Stadium this season, even if attendance is limited due to Covid-19 precautions. Tommy Togiai, the strongest man on the team, an almost unholy alliance of nice man off the field/relentless effort on it, is poised to become a regular in the defensive tackle realm. Defensive line coach Larry Johnson will still roll fellows in and out to maintain freshness, but expect to see Togiai — he had just two tackles for loss a year ago — become an A- or B-gap attacker on a more consistent basis. His play will help loose the assault from the outside by a talented group of defensive ends. 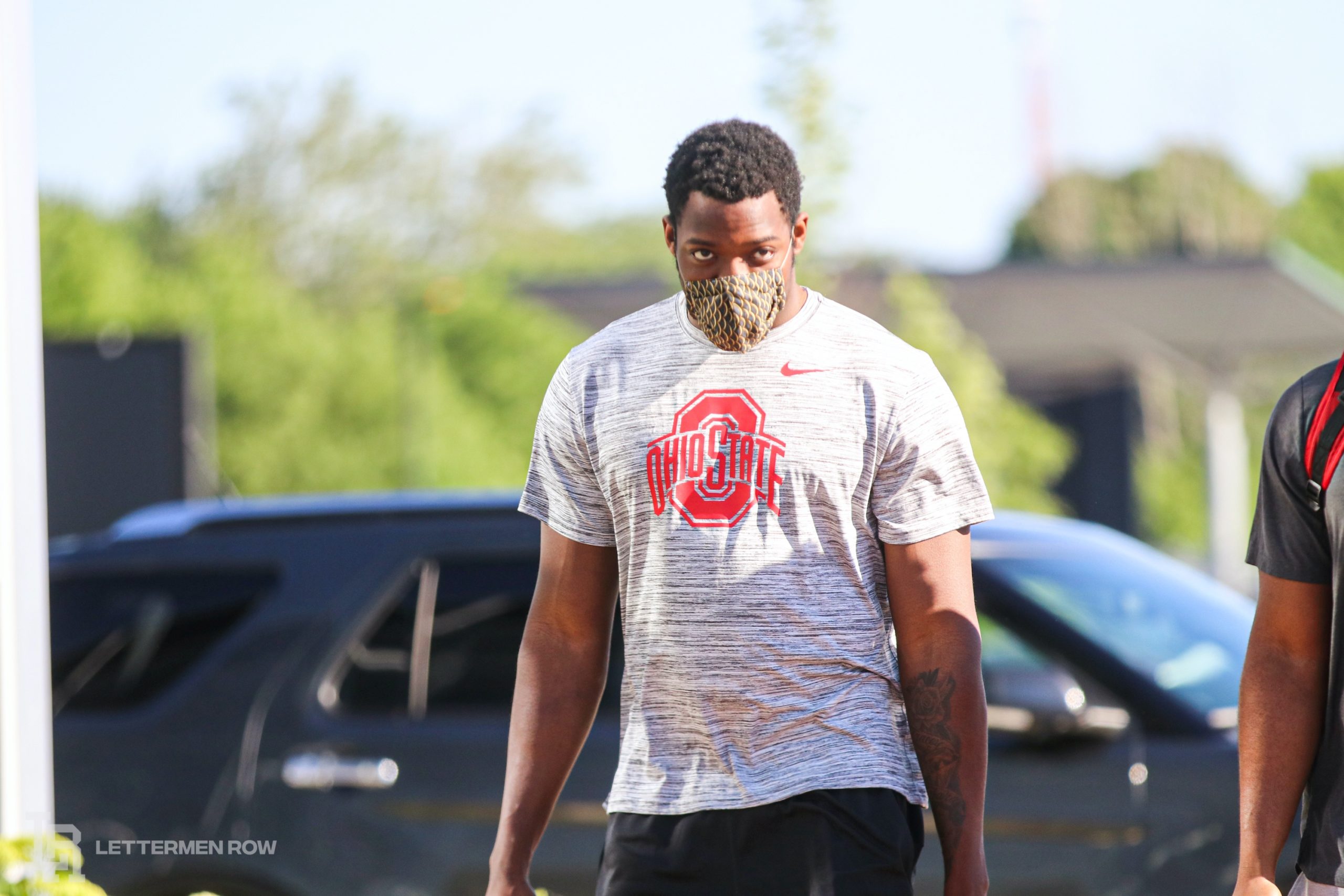 Even with the five-star status, Harrison was a raw prospect coming out of high school and needed some time to learn technique. But in Year Two, he will become the go-to pass-rusher for Larry Johnson and the Buckeyes. While Tyreke Smith is a good candidate to take over the Chase Young role, Harrison’s talent mixed with the hand skills he showed a season ago will carry him to a double-digit sack total in 2020 — and vault him into Chase Young territory for the 2021 season.

Will Crall: Tommy Togiai will be All-American for Buckeyes

Tommy Togiai is ready for his moment, and the junior will be one of the best defensive tackles in the nation in 2020. Ohio State defensive tackles typically donâ€™t put up big stats, but their importance to the overall scheme is huge. Togiaiâ€™s ability to cause disruption in the interior will allow guys like Tyreke Smith, Jonathon Cooper and Zach Harrison to run free and make sacks. After rotating with DaVon Hamilton, Jashon Cornell and Robert Landers for the past couple years, itâ€™s Togiaiâ€™s time to shine. Heâ€™s the strongest player on the team and he does a great job of translating weight room strength to the field. While he may not be impressive on the stat sheet, he will be one of the elite defensive tackles in the nation