MIAMI — Whether it’s from one Ohio State season to the next or even from week to week in this unpredictable year, the expectations never change.

Lose a superstar? Doesn’t matter if it’s a Bosa brother or Chase Young, somebody else has to take the torch.

Down a couple guys for a College Football Playoff game? No excuses, tap the next guy into the Rushmen rotation and keep fighting.

Tired? Trust the depth of the unit and make sure the Buckeyes can stay fresh enough for when it matters most, just like they did in the critical fourth quarter of the win over Clemson that sent the program back to the national championship on Monday night.

Maybe Ohio State hasn’t quite posted the flashiest sack numbers this year. And perhaps they didn’t have a surefire first-round NFL Draft pick to anchor the group, even though they clearly have a leader and a productive veteran in Jonathon Cooper to set the standard. But there’s been no question at all that Ohio State has continued its rich tradition up front by generating relentless pressure, swallowing up opposing rushing attacks and forcing fumbles with a rotation that is again among the nation’s best. 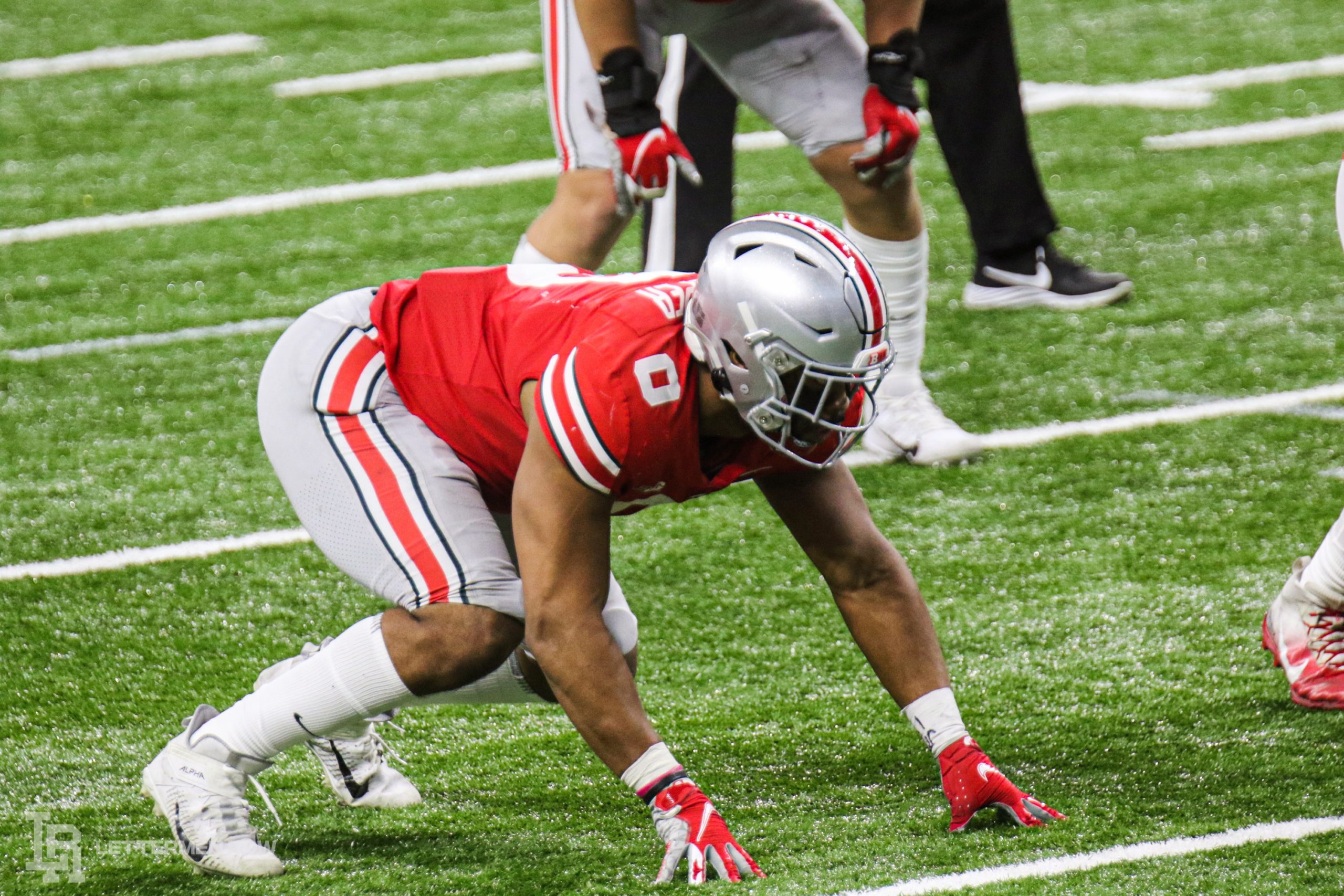 “I feel like with this defensive line, we have a lot of depth,” Cooper said. “I don’t feel like it’s just one guy. I feel like across the board we have great guys, great players, from first, second to third string.Â We’re all great players that we rely on, that we can put in the game. I feel like what makes us different is that you can sub guys in and you expect the same thing that you would out of a starter.

“And going against an offensive line like Alabama, I feel like that’s key. They’re big, strong, physical guys, and throughout the game you’re going to have to keep rotating and getting guys in and play faster at the end of the game.”

The Buckeyes did exactly that against Clemson, attacking Trevor Lawrence in the second half and forcing a handful of stops that sealed the Sugar Bowl win. And the fact that Ohio State did that while shorthanded with rotation regulars Zach Harrison and Tyler Friday both unavailable speaks volumes about the amount of talent assembled up front.

The Buckeyes will certainly need that unit at its best against the Crimson Tide. But that expectation never changes for the Rushmen anyway.

What is fueling the relentless Ohio State pass rush? How successful have the Buckeyes been up front even without racking up a ton of sacks? Who will be key for the Rushmen in the national-title game against Alabama? Former Ohio State captain Zach Boren popped in the film with Lettermen Row and answered those questions in the latest episode of BuckIQ.