COLUMBUS — No amount of film study is needed to tell Ohio State something it already knows for itself.

Clemson has one of the best running backs in the country, and the quarterback did plenty of damage to the Buckeyes on the ground last year in the Fiesta Bowl as well.

Nothing has changed when it comes to the Tigers backfield. And while there will be some new faces for Ohio State trying to stuff the rush on New Year’s Day in the Sugar Bowl, there’s still plenty of previous experience that will apply in the College Football Playoff. It obviously also helps that Ohio State can start from the inside out with two defensive tackles who might be playing better than other tandem in the country right now.

“I think he and [Travis] Etienne are two of the most dynamic players in college football, and probably in the history of college football,” Ohio State coach Ryan Day said. “Do I think that experience matters? Absolutely. I think the fact that a lot of those guys played in that game and having the experience of playing in that game is critical. I think that’s why these Clemson teams have won so many games, because they’ve played in this environment before — which hopefully also plays in our favor since we were there last year. We didn’t come home with a win, but we gained some experience there and hopefully that pays off dividends. 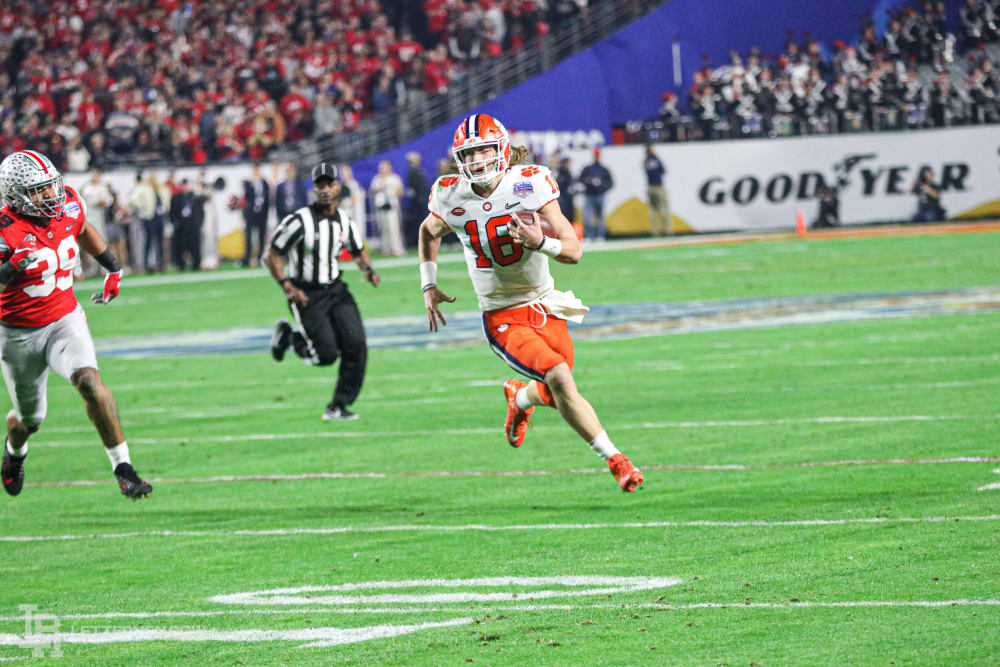 “In terms of [Trevor] Lawrence’s ability to run, he’s very athletic. When they need him to run, they’re smart about how they do it. And, no, it didn’t really surprise me all that much. I know that he had a great day against us and opened up and ran away from some of our guys. That was very impressive as well. Very, very dynamic offense.”

The Buckeyes will counter that Clemson attack with a one–two punch of their own, leaning on Haskell Garrett and Tommy Togiai to lead the charge for a rush defense that ranks No. 7 in the nation and gives up less than 100 yards per game on the ground.

There may still be questions about the Ohio State secondary, and Lawrence will surely provide a test there through the air. But championships still tend to come down to the ability to run the football on offense or stuff it on defense, and the Buckeyes are dealing from a position of strength heading into their shot at revenge against Clemson.

What is fueling the rush-defense dominance for Ohio State? Why aren’t Haskell Garrett and Tommy Togiai getting more credit for their work at defensive tackle nationally? How can the Buckeyes contain Clemson better this time around in the College Football Playoff? Former Ohio State defensive tackle Robert Landers can speak from experience, and he popped in the highlights from the Big Ten championship to answer those questions in the latest episode of BuckIQ.