COLUMBUS — There is going to be at least one personnel change for sure on the Ohio State offense, and another might be on the way.

After using the open date to evaluate all options to open up the competition for playing time and find ways to fix a couple nagging issues, the Buckeyes might be about to give chances to contribute to guys who have largely been in the background so far.

Ohio State coach Urban Meyer confirmed wide receiver Chris Olave is set to move into the rotation and get snaps with Austin Mack now out for the season following foot surgery. But that unit hasn’t received nearly as much attention or concern given the depth of talent at wideout and the success of the passing attack, which might make a potential move on the offensive line more important for a stagnant ground game.

“Wyatt is close, he’s the next in,” Meyer said on Wednesday night. ” … The one I’m really impressed with is Wyatt Davis.

“[The run game] is a concern of mine, and that’s something we addressed — for six years we’ve been as good of a rushing team as there is. Someone showed me a stat at one point, and it’s disappointing [right now]. I don’t put it all on that. It’s a cumulative effect of things that we have to do to run the ball much better.” 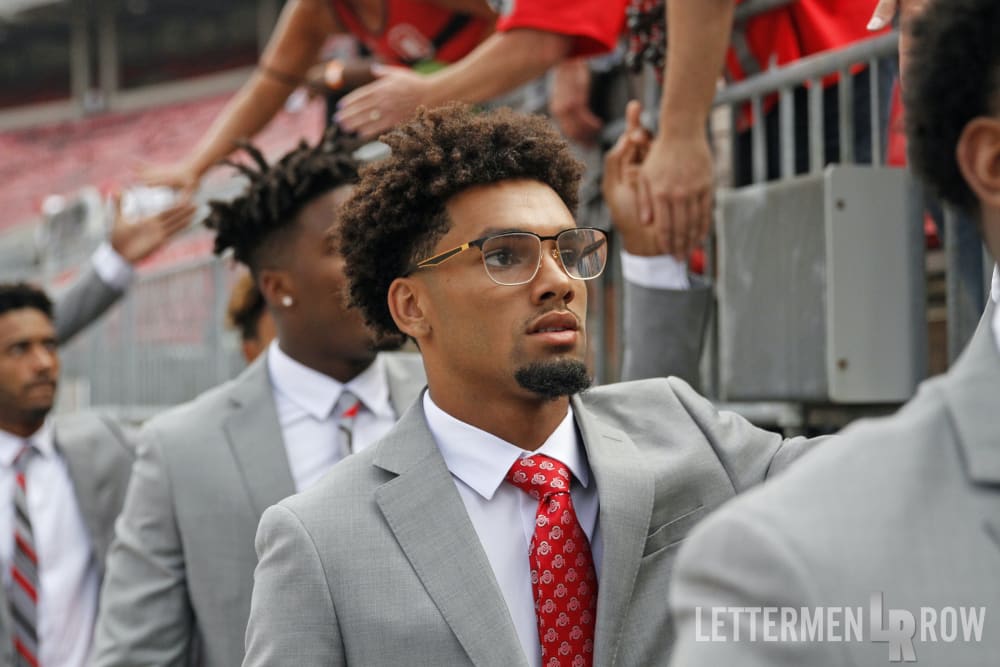 That effort all starts in the trenches, and Davis could potentially push for snaps up front as early as Saturday against Nebraska at the Horseshoe.

The Buckeyes aren’t likely going to get injured starter Branden Bowen back in time to help this week, and center Brady Taylor still doesn’t appear to be ready to provide more options for the offensive line. But Davis was once among the most coveted recruits in the country at his position, and if he’s ready to tap into that potential now, it could be a significant bonus down the stretch.

In addition to Urban Meyer, Ohio State captains Terry McLaurin, Parris Campbell and Johnnie Dixon all met with the media. Full video interviews of those Buckeyes are available here or on the Lettermen Row YouTube channel.