The speculation, debate and conversations about Ohio State never end, and Lettermen Row is always ready to dive into the discussions. All week long, senior writer Austin Ward will field topics about the Buckeyes submitted by readers and break down anything that’s on the minds of the Best Damn Fans in the Land. Have a question that needs to be tackled, like the one today about Ohio State and some picks for under-the-radar Buckeyes? Send it in right here — and check back daily for the answers.

Under the radar impact players for the 2021 season, who are they?

Considering how bright the spotlight is at Ohio State and the ridiculous level the program is recruiting at, there might not be anybody on the roster who truly qualifies as flying under-the-radar.

When there are four- and five-stars fighting just to crack the rotation, just about all the Buckeyes have some amount of name recognition built in from the moment they arrive.

Of course, sometimes that fades when it takes a little while to develop, and sometimes there actually are genuine underdogs emerging to help Ohio State. So, in that spirit, let’s tackle this question three different ways with Buckeyes who could fill key spots who might be currently overlooked to varying degrees.

The situation might not be quite as dire as it looked during the Spring Game when Ohio State was suiting up a long-snapper at linebacker. But it’s also not exactly an ideal depth chart for the Buckeyes right now, either. There continues to be a heated pursuit for help in the transfer portal, and the potential addition of Henry To’o To’o would certainly change the outlook for the Silver Bullets. Either way, though, Cody Simon appears to be gaining momentum at the same rate he’s been packing on muscle in the weight room, and that could put him squarely in position to win a starting job in training camp. Certainly Simon is lacking in experience coming off an unusually challenging freshman year, but he’s bursting with athleticism and had the benefit of a heavy dose of reps during spring practices. There’s a lot of work to be done before he could lock up a starting spot for the Buckeyes, but Simon is perhaps the potential starter getting the least amount of buzz relative to how much he could help the Big Ten champs. 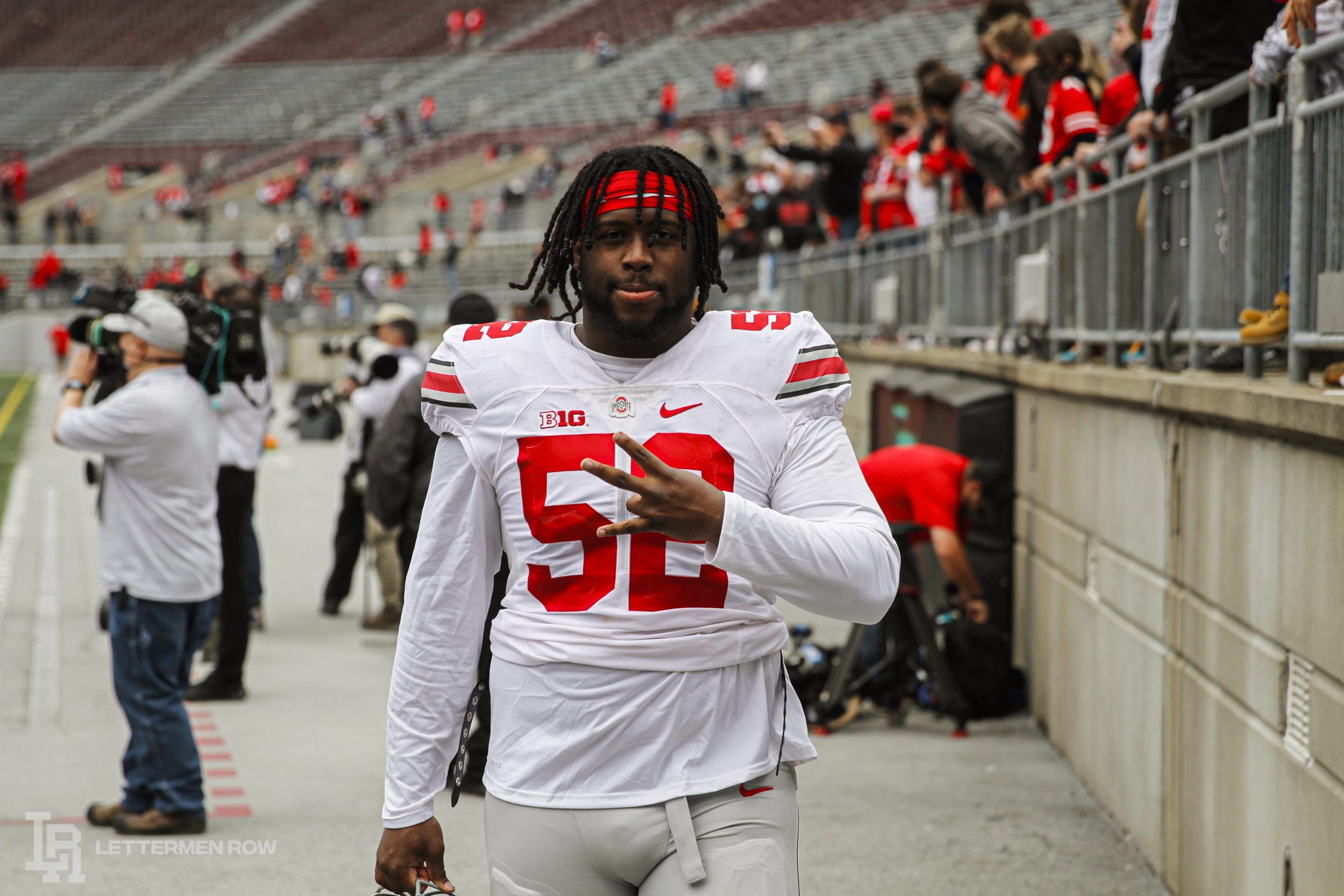 As freely as Larry Johnson likes to rotate defensive linemen, it’s imperative that he has at least four quality options on the interior ready to roll. So, even if one starting spot is spoken for with Haskell Garrett returning and the rise of Taron Vincent has him seemingly on the inside track for the other, the Buckeyes will still need more than that to meet the Rushmen standard. After a winding career journey and some injuries, Antwuan Jackson might be poised to give Ohio State exactly what it needs off the bench. He’s occasionally flashed the skills that made him coveted by the Buckeyes twice as a recruit, but he’s yet to fully put it all together. Usually when Johnson gets this long to work with somebody, eventually the breakout moment arrives. Jackson could deliver that in a complementary role this fall.

Need a true off-the-radar pick? Look no further than a former walk-on who has proved himself as one of the hardest workers on the roster — and somebody Ohio State won’t hesitate to put on the field if necessary. The Buckeyes may have eliminated the fullback position from the offense a decade ago when it went to the power-spread system, but there are certainly fullback-like elements in the playbook now when they go to two-tight end sets. AndÂ ifÂ Ohio State goes to those packages, don’t be surprised to see Rossi involved and potentially getting meaningful snaps. Rossi has a background at running back, his toughness has certainly never been in question and he’s actually already caught one pass in his Ohio State career. Rossi isn’t a pick to become a superstar, but he’s definitely the kind of overlooked guy who elevates the culture for the Buckeyes.

And if nothing else, all three of those guys earned some attention heading into the summer conditioning program — with a chance to do more for Ohio State by August.