The speculation, debate and conversations about Ohio State never end, and Lettermen Row is always ready to dive into the discussions. All week long, senior writer Austin Ward will field topics on Ryan Day and the Buckeyes submitted by readers and break down anything that’s on the minds of the Best Damn Fans in the Land. Have a question that needs to be tackled, like the one today about competition for starting jobs? Send it in right here — and check back daily for the answers.

Is it reasonable to think new coaches would lead to competition at positions, regardless of who is back? Particularly at LB. I find it difficult to believe Borland/Werner are more talented then some recent recruits they’ve brought in…

For a team with so many experienced veterans returning, Ohio State is actually far more likely to embrace a clean slate than stick with the status quo. Now, those 13 full-time starters coming back did just help the Buckeyes win the Big Ten again and capped a one-loss season with a Rose Bowl victory, so it’s not like those guys are going to be easy to ultimately unseat.

But between the occasional inconsistencies, the blowout loss to Purdue and the influx of new coaches as Ryan Day takes over the program, Ohio State is likely going to treat spring as a brand-new start with competitions at virtually every position.

Honestly, it’s easier to name the positions where there isn’t much doubt than go through the entire list of potential candidates to take over leading roles for the Buckeyes next season.

J.K. Dobbins is obviously going to lead the way at tailback. A healthy Thayer Munford isn’t going anywhere at left tackle. The return of K.J. Hill makes him a safe bet to lead Ohio State in catches at wide receiver. Chase Young is going to be a monster at defensive end, and the first-string secondary is probably completely set. 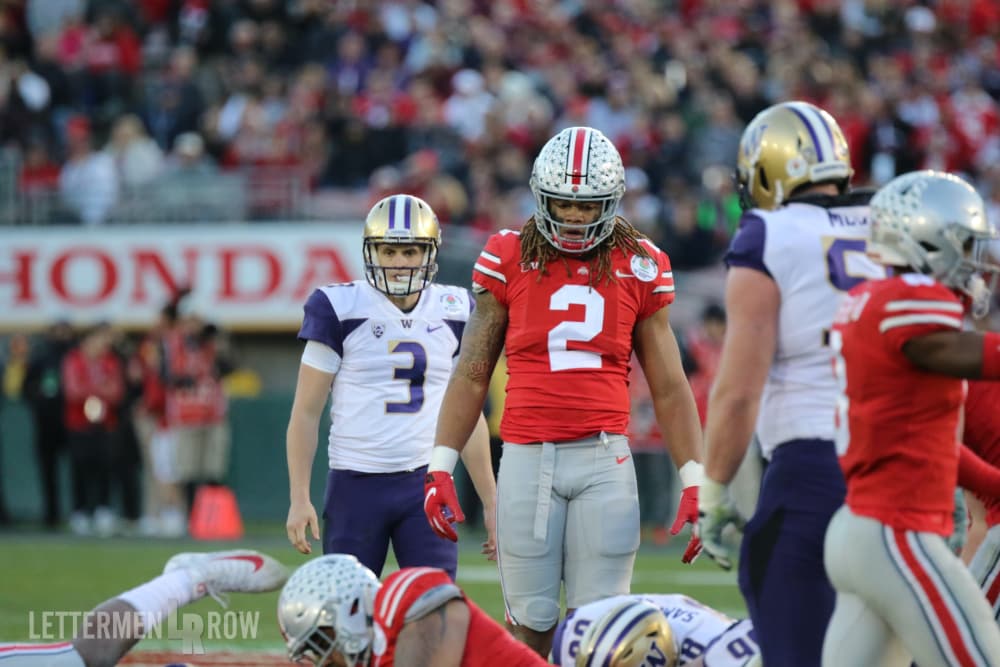 But that still leaves more than half of the depth chart to fill out for Day and his coaching staff, which should set up for a healthy, productive set of spring workouts and a fascinating training camp in August. There’s not really any reason to suspect that complacency had set in for the Buckeyes over the last couple seasons since they still produced back-to-back Big Ten titles — but opening up as many position battles as possible is one of the best ways to get the most out of the talent on hand.

Make no mistake: Ohio State has tons of that after landing two of the best signing classes in program history. There are formerly touted recruits ready to push for playing time at linebacker, working to make an impact on the offensive line, loading up the pipeline for the Rushmen and trying to get more involved in the passing game at tight end and wide receiver.

And, of course, there’s a duel at the most important position on the field as Justin Fields and Matthew Baldwin vie to take over at quarterback.

Aside from pushing the players, this is also an opportunity for the coaching staff to get a handle on the personnel without any preconceived notions about a pecking order — primarily on defense. It’s also an early test to see if a couple of those assistants can prove to have a sharper eye and better feel for who should be on the field than what has happened in a few spots recently at Ohio State.

There is certainly no shortage of intrigue around the transition to Ryan Day. And even though spring ball is still about six weeks away from starting, it’s already shaping up to be a critical one for the Buckeyes.