First, the Buckeyes are rested, recharged and refocused after getting a few days off for the holidays.

Second, the Fiesta Bowl is now less than a week away and the No. 2 seed in the College Football Playoff is clearly ready to go chase a national championship.

But after exactly three and a half hours on a plane from Columbus, big guys like center Josh Myers also just wanted a chance to stretch out a bit as the preparations for Saturday’s semifinal against Clemson get ramped up for Ohio State.

“I think we were all excited to get back here,” Myers said after getting off the flight on Sunday. “We got time to spend with our families, and now it’s back to business.

“I’m excited just to stretch after that long plane ride.” 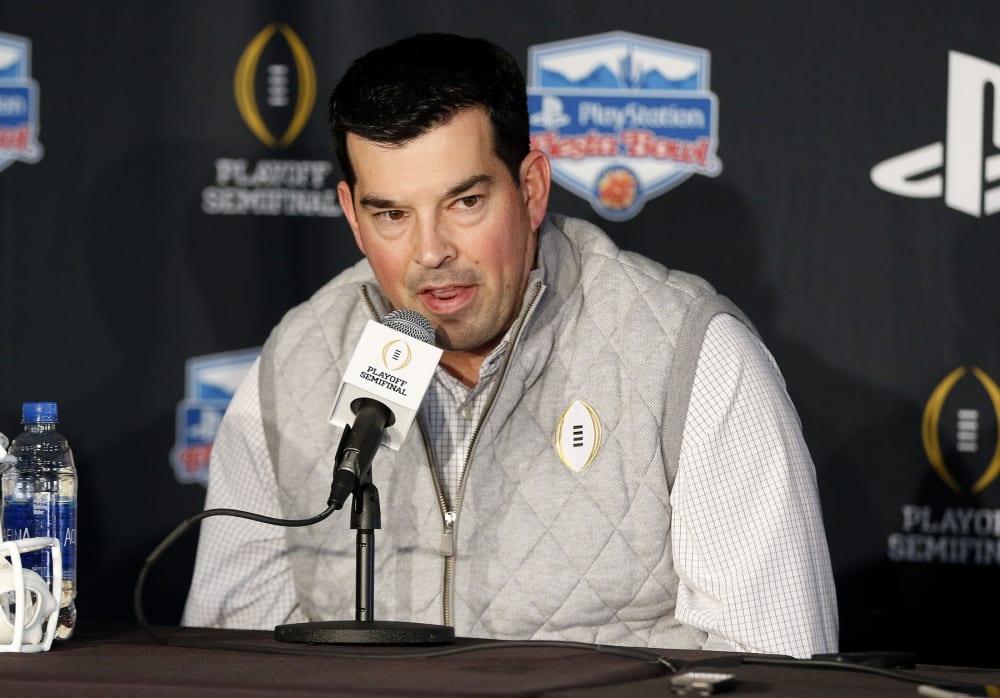 The Buckeyes had more than that planned for their afternoon in the desert, packing up the busses and heading straight to the practice field at Notre Dame Prep with a roster that appears to have made the most of the three-week layoff between games so far.

There will continue to be questions about just how close to full strength quarterback Justin Fields will be after spraining his knee last month, and banged-up cornerbacks like Shaun Wade and Damon Arnette will obviously be watched closely during the workouts this week as well. And while Ohio State closely guards its injury information, coach Ryan Day left little room for doubt that he’s anticipating perhaps the healthiest roster he’s had available all season.

“I think when you look at it, we practiced five of six days and then we gave them three days off. That’s not very unlike a bye week. If this was a bye week, that’s typically what we would do anyways. It seems like a long time off. We blink and we are right back together again. It really wasn’t that long. After those three games we played down the stretch, these guys needed it, and now they’re going to come back refreshed ready to go.”

Those final three wins over ranked opponents wound up sealing the trip to the desert for the Buckeyes.

Now they’ve officially arrived, and they didn’t waste any time getting straight to work.