The speculation, debate and conversations about Ohio State never end, and Lettermen Row is always ready to dive into the discussions. All week long, senior writer Austin Ward will field topics about the Buckeyes submitted by readers and break down anything that’s on the minds of the Best Damn Fans in the Land. Have a question that needs to be tackled, like the one today about the Ohio State and how it will handle the missing Buckeyes against Florida Atlantic? Send it in right here — and check back daily for the answers.

The biggest absence for Ohio State heading into the season opener was already expected before the availability report was released on Friday morning. But Jonathon Cooper had a lot more company on that list than anticipated, and it certainly adds some intrigue for the Buckeyes at a few key positions — most notably for a defensive line that could potentially be missing four guys from the rotation.

The complete depth chart and status report included a few surprises. Not all of them were negative for the Buckeyes, since left tackle Thayer Munford appears to be fully cleared, wide receiver Austin Mack wasn’t mentioned as dealing with an issue and running back Master Teague seems to be ready to go after dealing with an injury earlier in training camp. But as for the guys who are listed as out, it’s time for Lettermen Row to dive into what it means for the Buckeyes heading into the matchup with Florida Atlantic.

(Note: Ohio State didn’t differentiate between injuries or possible disciplinary issues. The program also didn’t give any insight into the severity of any health problems or the length of a punishment for players, so the only certainty is that these guys are out or game-time decisions just for this week.)

The Buckeyes have been bracing for the possibility of not having Cooper around to provide his veteran leadership and play-making ability at defensive end for a couple weeks. And while that didn’t seem like a blow that couldn’t be absorbed thanks to all the depth the Rushmen possess, they probably weren’t counting on Taron Vincent being out at defensive tackle and top reserves Tyler Friday and Tyreke Smith being game-time decisions at end. Both Friday and Smith would have been in line for heavier workloads to make up for Cooper’s absence and have huge potential to produce this season. But that might be on hold for at least a week based on the fact that Ohio State moved Jashon Cornell back out to the edge and listed him as the starter there — which hints that Friday and Smith might be more doubtful than probable. The opener could wind up being a huge opportunity for Javontae Jean-Baptiste or true freshman Zach Harrison. 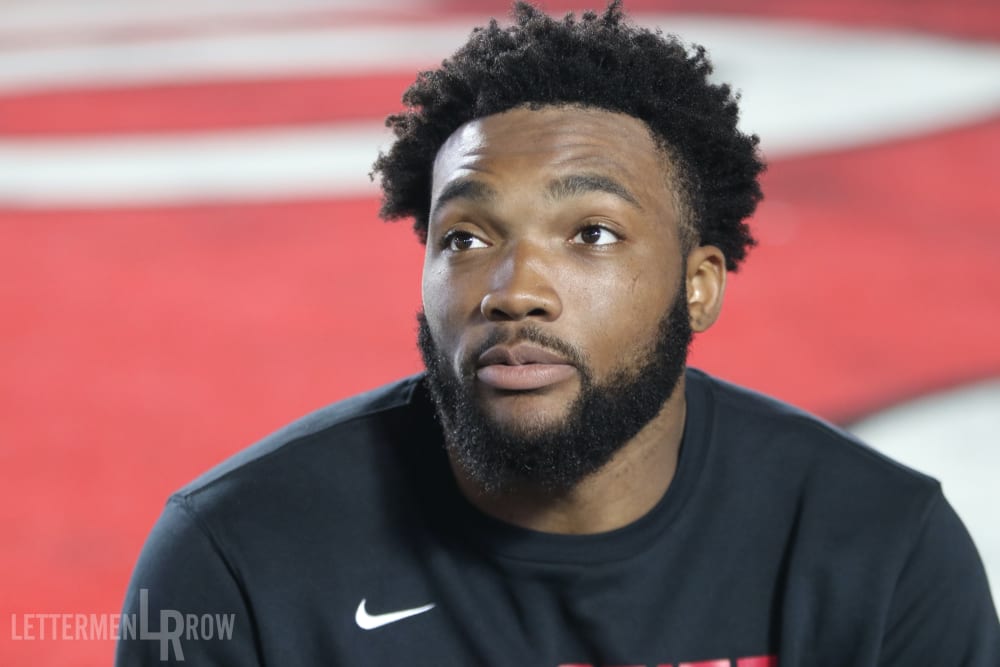 Another captain who won’t be in uniform when the season begins, the loss of C.J. Saunders doesn’t have as much impact on the surface since he’s not a starter. But Saunders is expected to contribute much more frequently as an H-back and slot receiver this season, and he’s also in the mix as a punt returner. On offense, that means Jaelen Gill should have a chance to finally show what he can do as a hybrid weapon, and it would be surprising if the Buckeyes didn’t dial up a jet sweep or pop pass for him to flash his athleticism and start building momentum. And in the kicking game, look for Garrett Wilson to step up as a possible option there and open his career with a golden opportunity to make an impact as a true freshman.

The tight ends have emerged as one of the strongest, deepest units across the board for the Buckeyes, but that’s another group that will have to put that to the test right away with Rashod Berry listed as out for the opener. After a transition year for Jeremy Ruckert, not having the versatile, veteran Berry in the rotation should mean more snaps for the sophomore who arrived last year as the nation’s best recruit at the position. Ohio State intends to use more two-tight end sets this year, so Jake Hausmann might also find himself in a more prominent role until Berry is back in the lineup.

Just when it seemed like Demario McCall had the ball rolling again, the injury bug appears to have bit him once again. The redshirt junior is officially listed as a game-time decision, so there may not be any change for the Buckeyes after tabbing him as the likely backup to J.K. Dobbins. But it’s not an encouraging development that a player who has struggled throughout his career to stay healthy enough to unleash his dynamic ability is leaving training camp with some sort of ailment already casting doubt about his availability. The guy to watch against Florida Atlantic: Marcus Crowley. Another true freshman who has been generating buzz, Crowley might wind up with a few more chances to show his stuff than anticipated.