The speculation, debate and conversations about Ohio State never end, and Lettermen Row is always ready to dive into the discussions. All week long, senior writer Austin Ward will field topics about the Buckeyes submitted by readers and break down anything that’s on the minds of the Best Damn Fans in the Land. Have a question that needs to be tackled, like the one today about Ohio State, the cancellation of The GameÂ and moving forward to the Big Ten championship? Send it in right here — and check back daily for the answers.

I’d rather them schedule a game than lower the number of games required. Buckeyes need more game play if they want to compete in a playoff.

Ohio State locked up all the tiebreakers on Saturday, but that wasn’t enough by itself to confirm another East Division title.

Instead, any celebration was behind closed doors since it was a vote that confirmed the Buckeyes would be returning to Indianapolis to defend their Big Ten championship — and the mood was surely still dampened by what they were losing with The Game cancelled and no replacement lined up on Saturday. No Senior Day, no bragging rights and just no chance to put on the pads again this week all will sting Ohio State, even though a couple championships will remain in reach.

An Ohio State spokesman confirmed the next stop for the Buckeyes is Indianapolis. So, picking through that mixed bag, what are the pros and cons for the Buckeyes about sitting on the sideline this weekend as they turn their attention to Northwestern and a shot at a fourth-straight conference crown? Let’s break it down.

The Buckeyes haven’t revealed any specifics about who all tested positive for COVID over the last couple weeks, but the availability will almost certainly be much shorter when the program arrives in Indianapolis. There had already been conversations with the Big Ten about decreasing the quarantine time to match the updated CDC recommendations, and either way Ohio State would be set to bring back anybody who was infected in the initial wave that led to the cancellation at Illinois at the end of November. The Buckeyes proved what they could still do short-handed last week at Michigan State, but getting through the COVID protocols without adding the potential for injuries on Saturday should have the roster at close to full strength. 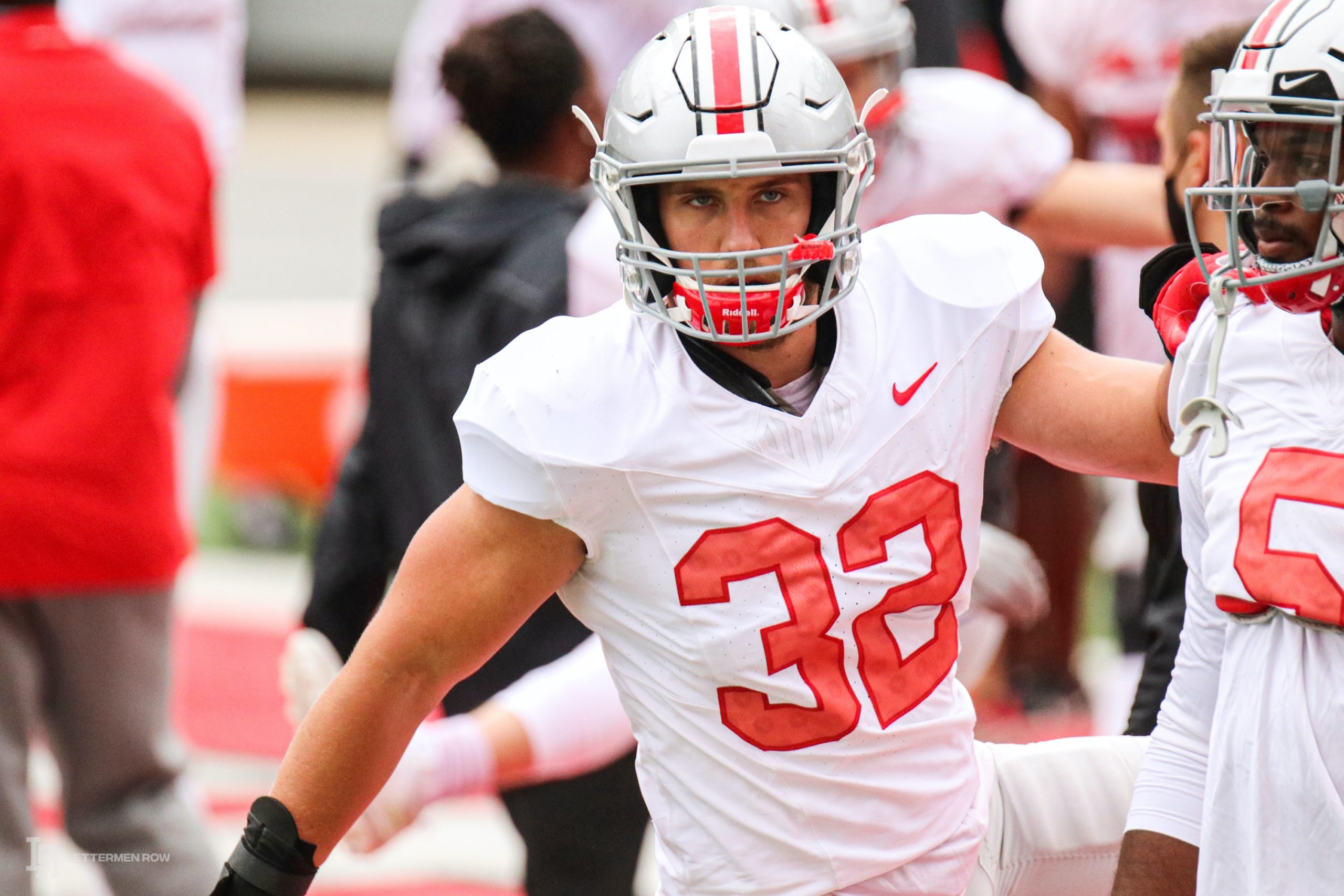 The Buckeyes didn’t exactly look rusty against the Spartans, but they definitely haven’t had the same chances to develop on the field as the other College Football Playoff contenders. Ohio State will close the regular season having only played five games, less than half of what it would get in a normal, non-pandemic season. That has cost the Buckeyes the chance to truly establish a rhythm, it’s left far fewer reps to establish depth and it’s created a challenge to keep the team sharp without the normal opportunities for on-field growth. It’s possible that freshness will be more valuable in the postseason for the Buckeyes, but there’s no question that Ryan Day would have preferred more opportunities for his team to play — including one this weekend.

The selection committee never appears to follow the same script from year to year, and Ohio State somehow always seems to find itself in the middle of a shifting debate. But the College Football Playoff voters are supposed to use conference championships as one of the criteria for setting the four-team field, so it’s undeniable that getting that opportunity is a benefit for the Buckeyes. Now, that doesn’t guarantee that it will tip the scale in favor of Ohio State. But combined with an unblemished record and having clearly already impressed the panel in terms of the eye test so far, adding the Big Ten trophy should be enough to clinch a semifinal spot for the Buckeyes — even if the ideal results don’t happen in the SEC and ACC. Is the committee really going to open the door to a third meeting between Clemson and Notre Dame? Don’t buy it.

The debate will continue to rage no matter what, and those angling for Ohio State’s top-four spot will point to the comparative lack of games as the reason Texas A&M or a hypothetical one-loss Notre Dame should have it instead. The argument is particularly laughable for the Aggies, who have been incredibly underwhelming against weak competition and were blown out in their shot against Alabama. The Irish will have certainly accomplished more on paper by virtue of playing more times, but some of those outings like the ghastly fight against Louisville shouldn’t exactly carry much weight. Simply playing more games is a poor argument for inclusion, and it’s hard to see what value there would really be in watching Ohio State as a 30-point favorite over Michigan or Maryland.

The bottom line:Â There was never going to be a perfect solution for the entire Big Ten or an option that would immediately shut down any College Football Playoff debate. Both of those, of course, are as much a part of college football as pads and helmets — so at least there’s some sense of normalcy in this crazy season there.

In the end, though, there’s little doubt that Ryan Day would have preferred to have a game this week. But since that wasn’t in the cards, he’s got no choice but to focus on the silver linings instead.