COLUMBUS — The most banged-up unit on the Ohio State roster is finally expecting a clean bill of health.

And a full complement of defensive backs might now include a potential new starter at safety after Brendon White made the most of the absences of the guys ahead of him on the depth chart.

The Buckeyes are anticipating having cornerback Jeffrey Okudah and safety Isaiah Pryor back after injuries sidelined them last week against Nebraska, and they’ll also have starter Jordan Fuller in the lineup again after he missed nearly three quarters following a targeting ejection. After being forced to mix and match personnel for the last month, the Ohio State defense is finally going to be able to make decisions solely based on performance instead of availability.

“Right now on defense, it’s the confidence factor,” Ohio State coach Urban Meyer said during his Monday press conference. “We had three starters out of the secondary again on Saturday. We’re hoping, and I think we’re finally going to have them all healthy.

“It’s been tough. It’s been like a deck of cards shuffling in and out at the backend of our defense. I think we’ve got them all healthy.”

The latest concerns popped up during the bye week with Okudah suffering a groin injury in practice and Pryor dealing with a shoulder impingement, following up a stretch where cornerback Damon Arnette missed time with a concussion. 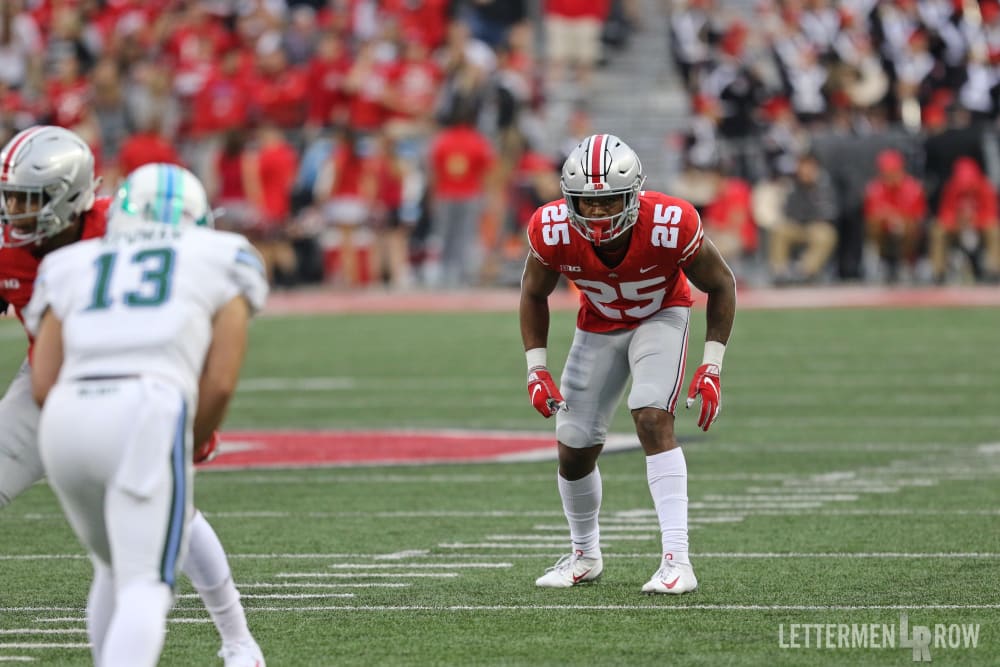 An unexpected loss of Fuller stretched the Buckeyes even more thin, but it also allowed them to get a look at Brendon White. The sophomore burst on the scene with a team-high 13 tackles in the win over Nebraska to make a case that he should stay in the lineup even with Ohio State having everybody available again.

“We’re going to find out,” Meyer said. “He’s practiced [well], and that’s been coming. … He’s earned that right to be on the field. Those [starting] decisions will be made in the next couple days.

And for the first time in a while, the Buckeyes won’t be short on options in the secondary.