COLUMBUS — Ohio State is still months away from naming its starting quarterback.

The Buckeyes just wrapped up spring camp on Saturday with their annual scrimmage inside the Horseshoe. Ryan Day and his coaching staff will look at all 15 practices from March and April to evaluate where the quarterback competition stands heading into the summer.

And even if C.J. Stroud looks like the starter, Day isn’t going to crown him as the Ohio State quarterback until August. That isn’t stopping oddsmakers from thrusting the redshirt freshman into the Heisman Trophy conversation. BetOnline.ag has revealed its odds for the most prestigious award in college football, giving Stroud (+1200) the fifth-best odds to take home the trophy in 2021.

Stroud has been the presumptive starter throughout the spring. He was the first quarterback in line during drills, and he put together a strong performance Saturday’s spring game, finishing 16-of-23 for 190 yards and two touchdowns. 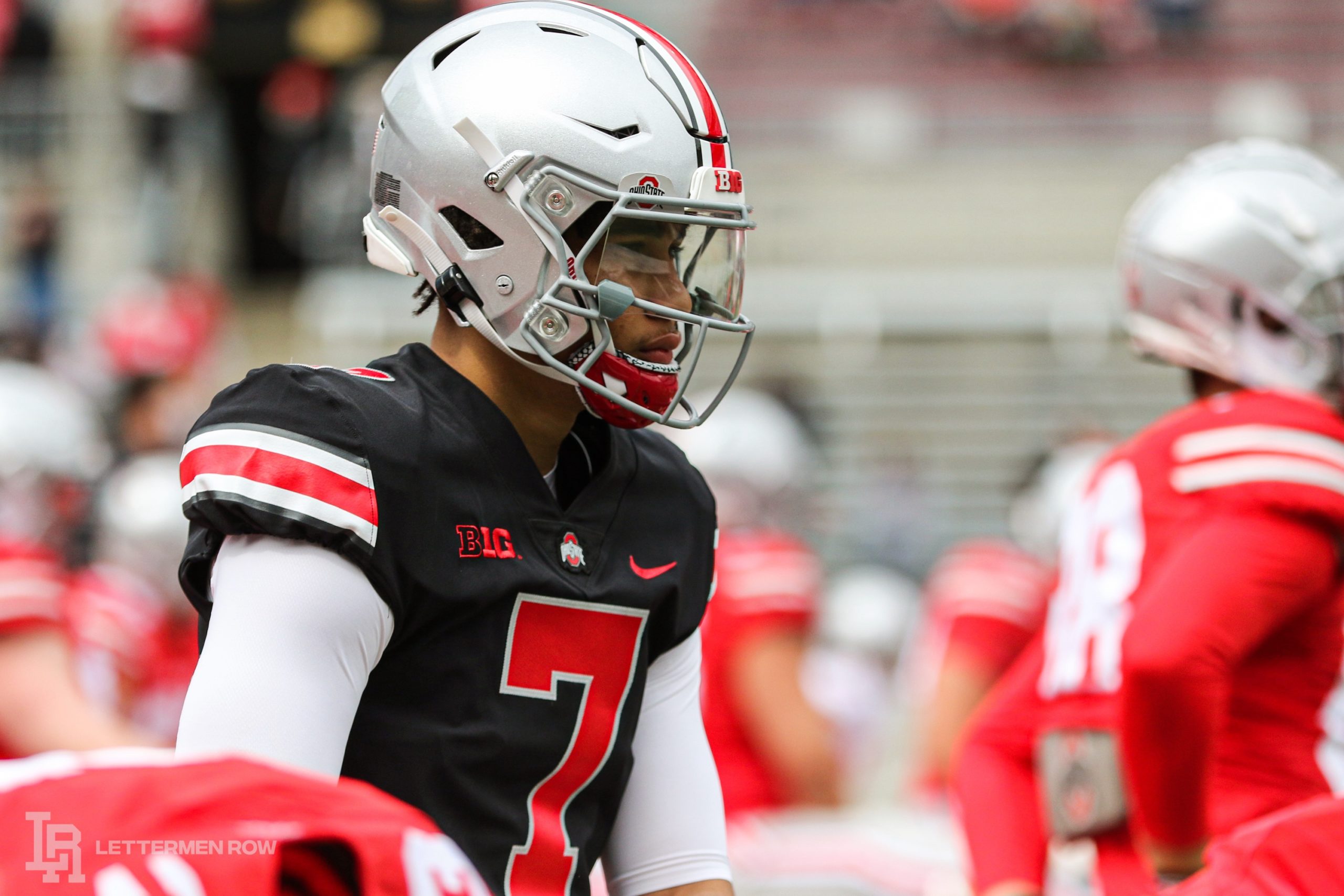 “We take the entire 15 practices and evaluate all those things,” Day said after the Ohio State spring game. “But when youâ€™re in the stadium, and youâ€™re in a game environment with fans, how does that affect your performance? If thereâ€™s a change, then we need to figure out why. For the most part, weâ€™ve seen a lot of things that guys have flashed. Thereâ€™s a lot of things going into a lot of positive things happening. Whatâ€™s going on in the game, if weâ€™re getting good protection, who the receivers are â€” thereâ€™s just many of those things.

“This was just a very small glimpse at a bunch of guys taking some reps. Thereâ€™s a body of work that needs to be built from that first spring practice all the way through the first game thatâ€™s still yet to be written.â€

Stroud is the clear favorite entering the summer. If he wins the starting job, he’ll follow in the footsteps of Justin Fields. Fields was constantly in the conversation for the Heisman Trophy the last two seasons, finishing third in 2019. He failed to qualify as a finalist this past season, finishing seventh.

The last time Ohio State brought home the Heisman hardware was in 2006, when Troy Smith threw for a then school-record 30 touchdowns and won unanimous All-America honors.

If C.J. Stroud becomes the first Buckeyes player to win the award in 15 years, he’ll have to put together a similar season to what Fields did in his career — and have Ohio State in the thick of the College Football Playoff race.