He actually didn’t even expect to contribute in Year One. He knew he needed to develop in key areas.

Now that his first season is finished with the Buckeyes, one of the most overlooked prospects in last year’s recruiting class has finally seen what a year at Ohio State looks like. The process hasn’t always been easy, but McKenzie is making sure to stay patient and trust the course the coaching staff has him on.

“I’m not upset about that,” McKenzie said. “I figured all this coming into the program. I just know that every day, I have to get better and better. I just have to keep working hard to get where I want to be.”

A last-minute commitment, McKenzie was one of the final members in his class. His three-star rating didn’t jump out, but his arrival at Ohio State gave another example of depth along Larry Johnson’s defensive line. The redshirt year was to be expected, and McKenzie handled it well, using it as a way to improve while knowing his playing time would be limited to no more than four games.

There are plenty of examples of players who redshirted and finished as contributors for the Buckeyes, and the best cases come from the defensive line. Robert Landers and DaVon Hamilton both redshirted and thrived as fifth-year players.

“I felt like me redshirting could be a really good thing, knowing that I can be like them,” McKenzie said. 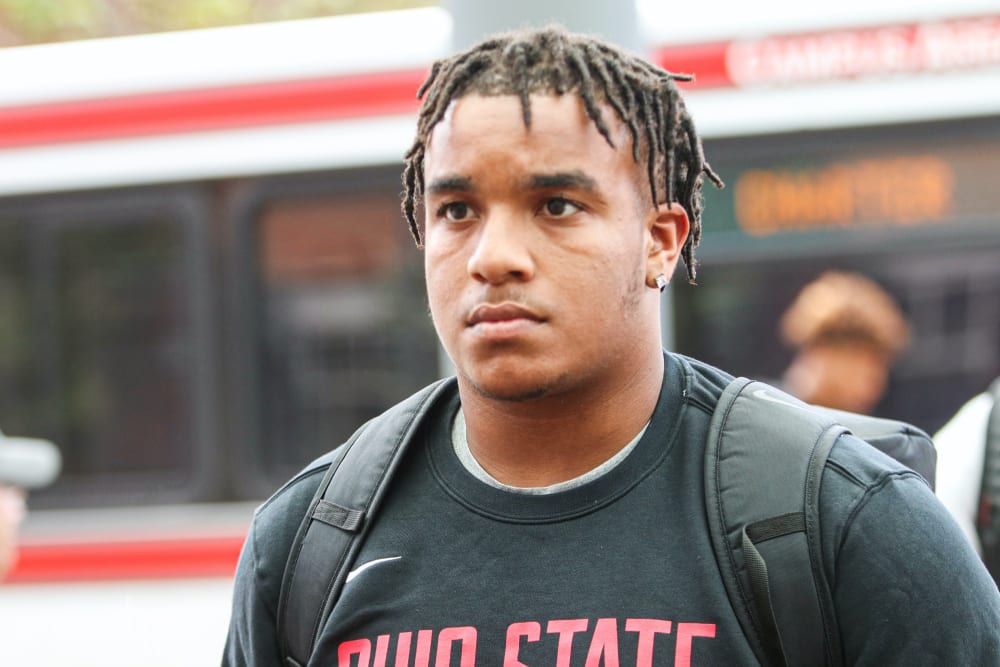 Jaden McKenzie has been developing during his redshirt season. (Birm/Lettermen Row)

Even with the mindset McKenzie originally brought to the program, redshirting still hasn’t always been easy. He went from being a dominant defensive lineman at Wake Forest High School in North Carolina to a redshirting freshman with a long path to playing time in just months.

And although that process hasn’t been easy, McKenzie is finding ways to enjoy making the most if it all.

“It’s extremely hard,” he said. “I’m not going to lie, I’m still trying to adjust. but it’s a fun process. It’s a very adult-ing process, and it helps you grow up. It’s been a long process, but the adjustment here, I think the program makes it easier because I’m around all my brothers. We’re all just [close], I get along with everybody here.”

The defensive line room has made it easy for McKenzie to feel like a key part of the program for the Buckeyes. His progress on the inside of the already talented line shows the potential of the unit as a whole. Other younger players, including incoming freshmen Darrion Henry and Jacolbe Cowan, along with returners Tommy Togiai, Taron Vincent and Haskell Garrett, are all going to progress, too.

The room is full, and the competition has never been better inside the Woody Hayes Athletic Center. That keeps McKenzie hungry to keep getting better, even after the learning experience of a developmental year.

“My skillset could use quite a bit more development, really all aspects,” McKenzie said. “Coach J, he’s a legend. He can help me develop in everything.”

That’s why Jaden McKenzie was content with a redshirt season.