COLUMBUS — The first spring camp at Ohio State with Ryan Day in charge will start without a couple key starters.

The Buckeyes confirmed on Tuesday that left tackle Thayer Munford and safety Jordan Fuller will be sidelined in March and April as they recover from injuries.

Neither player really needs the reps, and both are expected to be healthy and ready to resume their important roles in time for the season. But their absences will have some impact on the practices for the Buckeyes in a couple ways, most notably on the offensive line.

Munford missed the Rose Bowl due to nagging issues with his hip, so it’s not a huge surprise that he will be unavailable again as he rehabs and builds strength to anchor the line again at tackle. But as the only returning full-time starter, the Buckeyes will be rolling out a completely revamped unit this spring — against one of the nation’s best defensive lines while trying to evaluate a quarterback competition. 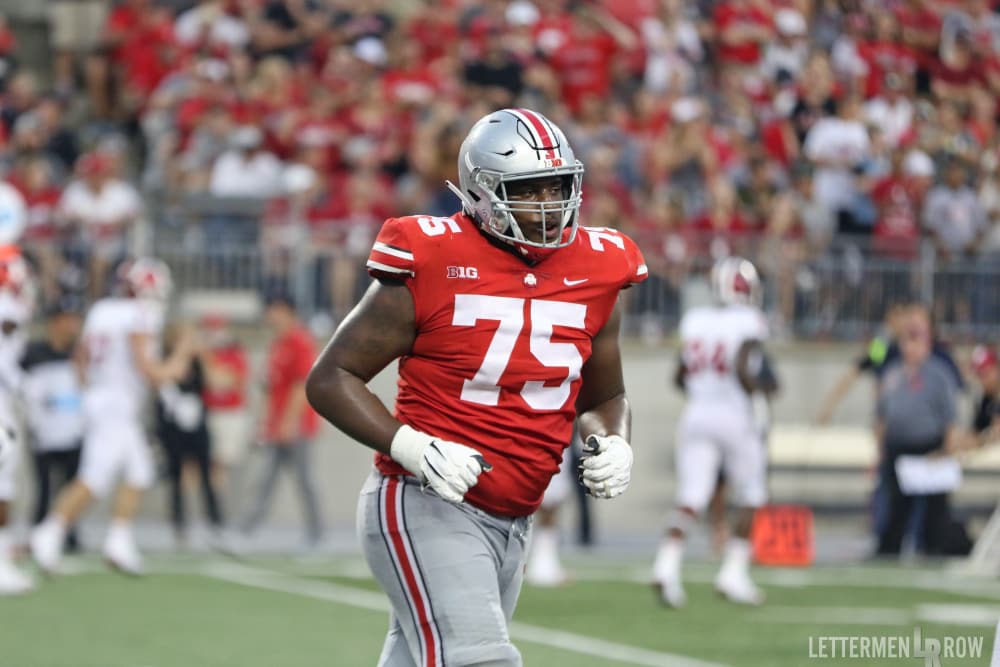 Meanwhile, Fuller brings multiple years of first-string experience in the secondary and would have been an NFL Draft pick had he elected to declare. His veteran leadership as a returning captain should be a huge benefit for the Buckeyes, but he won’t be able to take any snaps for a new defensive coaching staff or get a feel for any tweaks co-defensive coordinator Jeff Hafley is planning to make in coverage.

â€œI had a long talk with my parents and older brother about it,â€ Fuller told Lettermen RowÂ when he announced his return to the Buckeyes. â€œWe all thought it would be in my best interest to stay for multiple reasons. One was that Ohio State has been nothing but amazing to me. Everything from school, to football, to my teammates, to our Real Life Wednesday program has helped me become the man I am today. I think another year would only benefit me.

â€œAlso, personally, I feel like my best football is ahead of me. I have a whole other level of my game that I want to tap into. Lastly, my teammates are a big part of why I wanted to stay. Weâ€™re all so close and feel like thereâ€™s unfinished business we need to take care of.â€

At least for now, that’s on hold for Jordan Fuller and Thayer Munford.

Stick with Lettermen Row for complete coverage of spring ball, which opens at Ohio State on Wednesday morning.