COLUMBUS — For so long the focus on J.T. Tuimoloau has been dedicated solely to his recruitment.

The top-ranked target in the class of 2021 was at the epicenter of the college football world over the last month. As he toured around the country visiting his top schools, his recruiting process morphed into a rarity.

Teams literally rolled out the red carpet for the generational talent. Washington gave him a taste of what playing in his backyard would be like, while USC reportedly took him on a helicopter ride around the Coliseum and held a parade in his honor. Ohio State bucked its usual recruiting pitch, having the coaching staff meet the defensive lineman at the airport and hosting a dinner on the 50-yard line of the Horseshoe.

For a month, J.T. Tuimoloau turned into a unicorn as college football programs did everything in the book to earn his commitment.Â But now, finally, the focus is back to football. Ohio State won the sweepstakes for the game-changing player on the Fourth of July, and he’s expected to arrive in Columbus and join summer workouts any day.

“He’s a great player, but he’s a good student, he’s a really good person,” Tuimoloau’s Eastside Catholic coach Dominic Daste said on the Tim May Podcast. “The day and age now where coaches are tied to the guys they recruit, and they have to put their butt on the line in terms of academics and character and things of that nature, I don’t think you have to worry about that with anything with J.T. There’s a physical piece, which is you can’t teach 6-foot-6, arm length and speed to power and all those buzzwords people talk about — he has all those so.

“But at the end of the day, it’s the stuff that’s off the field that it makes it really special, I think. And he’s such a humble kid. His family has done a great job raising him. And so I think when you talk about who he is off the field, he’s a great student. Who he is as a person, as a young man, that’s really what makes him a really, really special kid.” 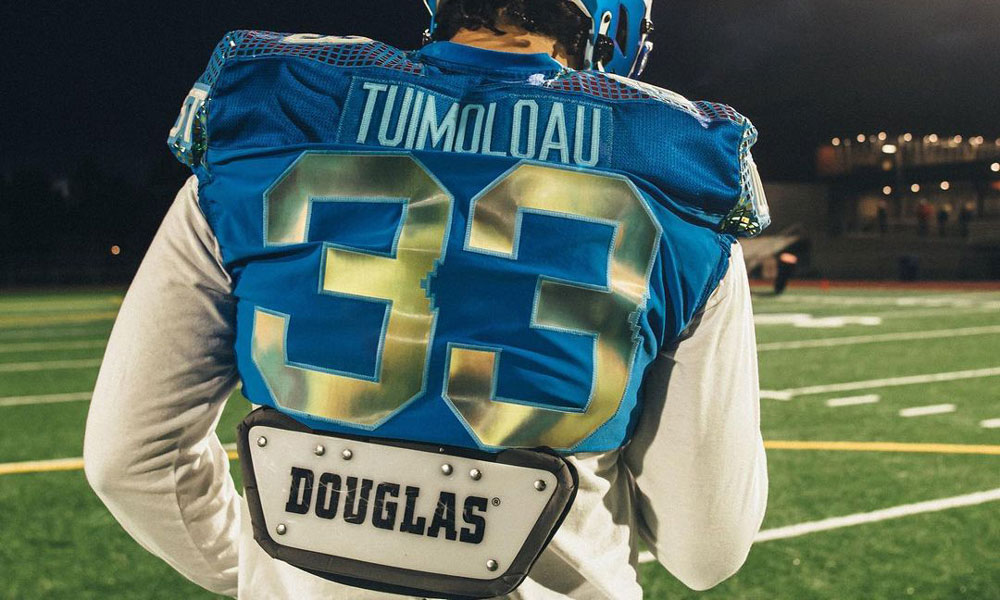 Tuimoloau is just a different type of athlete.

With aÂ 6-foot-5, 277-pound frame, he could be playing on the other side of the ball at tight end. And he brings his physical aggressiveness on the hardwood, too, which is why he held a handful of Power Five offers to play in college. He is even set to walk-on to Chris Holtmann’s squad at Ohio State.

But Tuimoloau is going to play at defensive end for the Buckeyes. The five-star recruit has the strength and quickness to be an elite edge rusher, and his love to compete every rep is what separates him.

The highest-ranked defensive recruit in Ohio State history now joins a loaded defensive line that already includes freshmen JackÂ Sawyer, Mike Hall and Tyleik Williams. The incredible haul of signees has the potential to be the best defensive line in Buckeyes history, and that all starts with Sawyer and Tuimoloau on the edge.

“His ability to get 265 or 270 pounds moving quickly [is special],” Daste said. “So you may have heard of a guy named Randy Hart. … His big thing is speed to power. And when you get to where you’re going, have bad intentions and bad attitude when you get there. That’s kind of who J.T. is. His ability to get off at the point of attack, and have a collision that means something.

“He’s really, really bright. He loves the game of football in terms of studying and all those kinds of things. So yeah, I think he’s gonna do a great job. But in a nutshell: When he makes contact with somebody, it means something.” 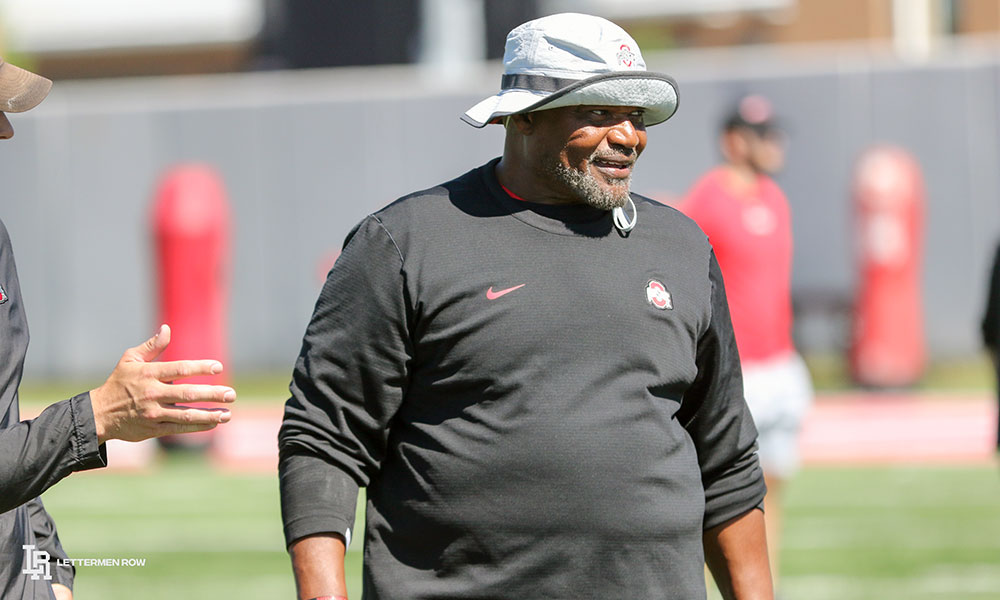 A huge reason why Tuimoloau is now at Ohio State is because of Larry Johnson. The legendary defensive line coach has developed three NFL Defensive Rookie of the Year award winners in the last five years. Before he took the job at Ohio State in 2014, he was thought to be one of the best defensive line coaches in the nation. But since then, he has gone from famous to fabled.

Tuimoloau might turn out to be the crowning achievement of his coaching career. From the recruitment to the development, Johnson was and will be the at the middle. The top defensive lineman in the class of 2021 could have been developed anywhere. But he chose Ohio State, and he chose Larry Johnson.

“J.T. has aspirations of playing in the NFL, and so you’re going to probably want to go to a teacher that has a track record of making guys into NFL-caliber players,” Daste said. “I think all the schools that he was being recruited by probably had that ability. But when you talk about recruiting, I think it’s the connection you make with the people.

“Going back to Larry, I know he had a great connection with all the guys he recruited, but there’s something special about his relationship with Coach Day and probably the whole staff at Ohio State”

Two years of phone calls and Zoom videos have led to this forÂ J.T. Tuimoloau. The top-ranked defensive lineman in America can finally say his recruitment is officially over.

Now he can join the Ohio State defensive line room and get to work.