The Buckeyes are once again back in the College Football Playoff. They have another matchup set against Clemson. And the buildup to the semifinal showdown will once again revolve around the health of Ohio State’s superstar quarterback.

The junior was clearly bothered by a thumb issue after hurting it late in the Big Ten title win over Northwestern on Saturday night, an injury he believed to be a sprain and not likely to impact him by the time the Buckeyes get to the Sugar Bowl. The early indication from Ohio State is that their offensive leader shouldn’t be slowed much like he was a year ago against the Tigers while dealing with a knee injury, but that certainly wasn’t the kind of situation it was hoping to address ahead of the rematch.

“Justin will be fine,” Ohio State coach Ryan Day said simply on Sunday. “The good thing for us is we haven’t played in that many games, so we’ve been fairly healthy in terms of the physicality of it all. What we’ve had a hard time with is people testing positive, and that’s kind of made things difficult for us.

“Hopefully we can get some of those guys back.” 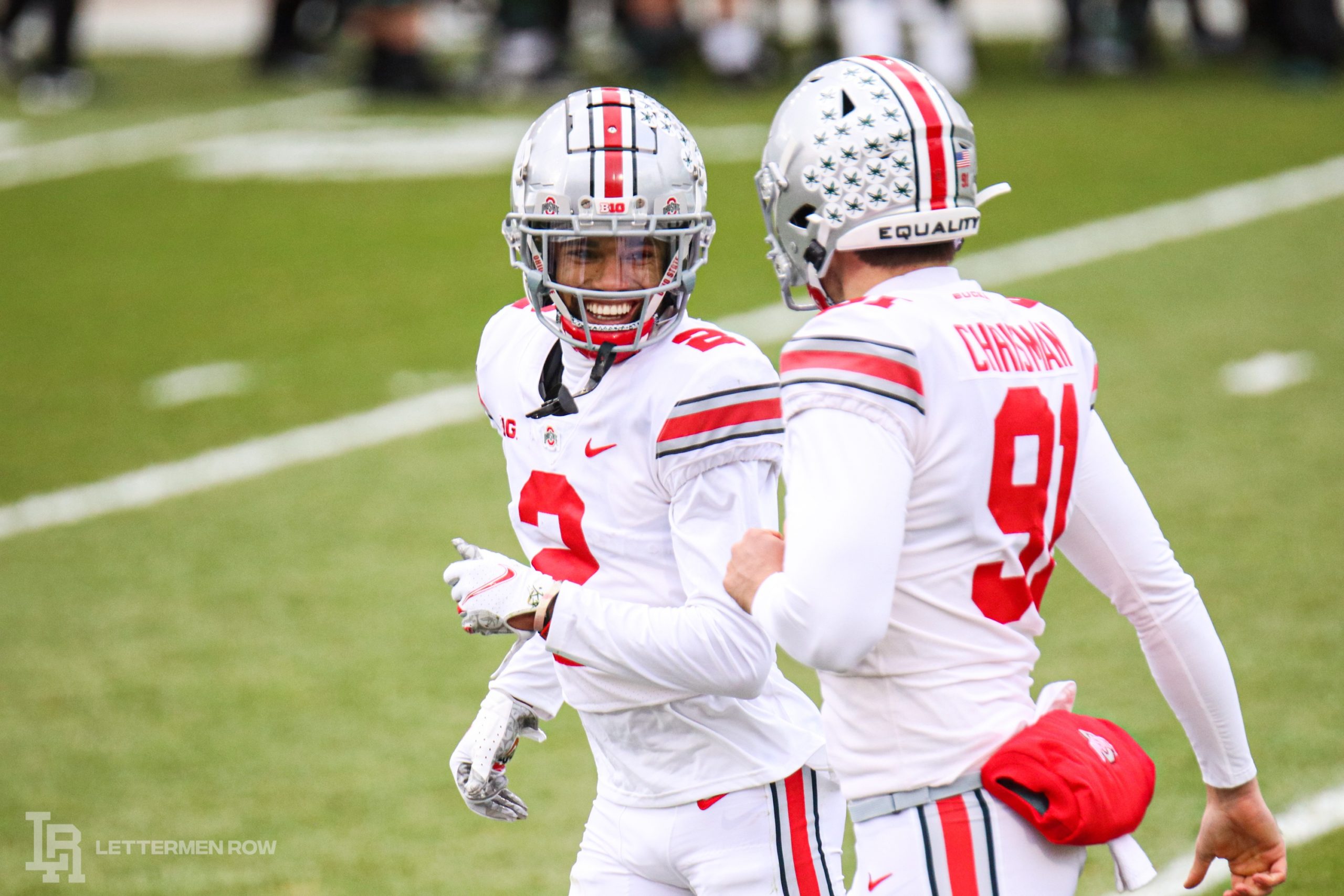 There is growing optimism on that front for the Buckeyes with the Big Ten expected to be changing its 21-day return-to-play protocol, a move that has been expected since last week but has not yet been publicly confirmed by the conference.

Ohio State does not real individual testing results, but Day specifically pointed to starting wide receiver Chris Olave and do-it-all linebacker Baron Browning as two guys who might benefit from the standard to getting back to action dropping to a 17 days. Obviously the Buckeyes know what kind of challenge looms in New Orleans in a high-stakes battle against one of the few programs nationally that can match their depth and talent, and it would be a huge bonus to get close to full strength by New Year’s Day.

“I think we have guys [close] based on when exactly that number is decided and put public,” Day said. “I don’t know exactly when that is in terms of being announced, but I know it’s a protocol that is being put across all sports and it’s something for the entire Big Ten, not just for us. We’ll just kind of wait to hear when that goes public. I know they’ve made a decision to move it, and we have some guys who are really close — guys like Chris [Olave] and Baron [Browning]. We’ll find out once we get the final word on it.”

Any additional positive tests from this point forward will rule a player out of the potential shot at revenge at Ohio State, and the official availability report won’t be available until the day before the Sugar Bowl at the earliest.

But the Buckeyes should be in line to strengthen the roster by then. And they are already confident that his thumb won’t keep Justin Fields off the field.