COLUMBUS — Justin Hilliard looked surprisingly comfortable on the bench press on Tuesday for somebody who had injuries in both biceps during his Ohio State career.

A five-star prospect coming out of St. Xavier in Cincinnati, Hilliard once seemed destined to be the next great linebacker in Buckeyes history.

But his career never quite took off. Dealt three season-ending injuries and two position coaches, he never secured the starting position many thought he would ascend to with the program. Instead, he made a name for himself as a special teams player.

Hilliard proved his worth this past season, however, culminating in a team-high nine tackles, interception and fumble recovery in the Big Ten Championship Game. He drew more NFL attention with back-to-back eight-tackle performances in the College Football Playoff.

At Ohio State’s Pro Day, he calmly proved why he was a five-star recruit all those years ago — Hilliard recorded an eye-popping 27 reps on the bench press.

“Doesn’t come as a surprise,” he saidÂ Tuesday. “I was actually going for 28. Couldn’t get that last rep. But yeah, maybe it comes as a surprise to some after two bicep injuries. Maybe some don’t think I have the upper-body power, explosiveness, strength. But I think I was able to show that today.” 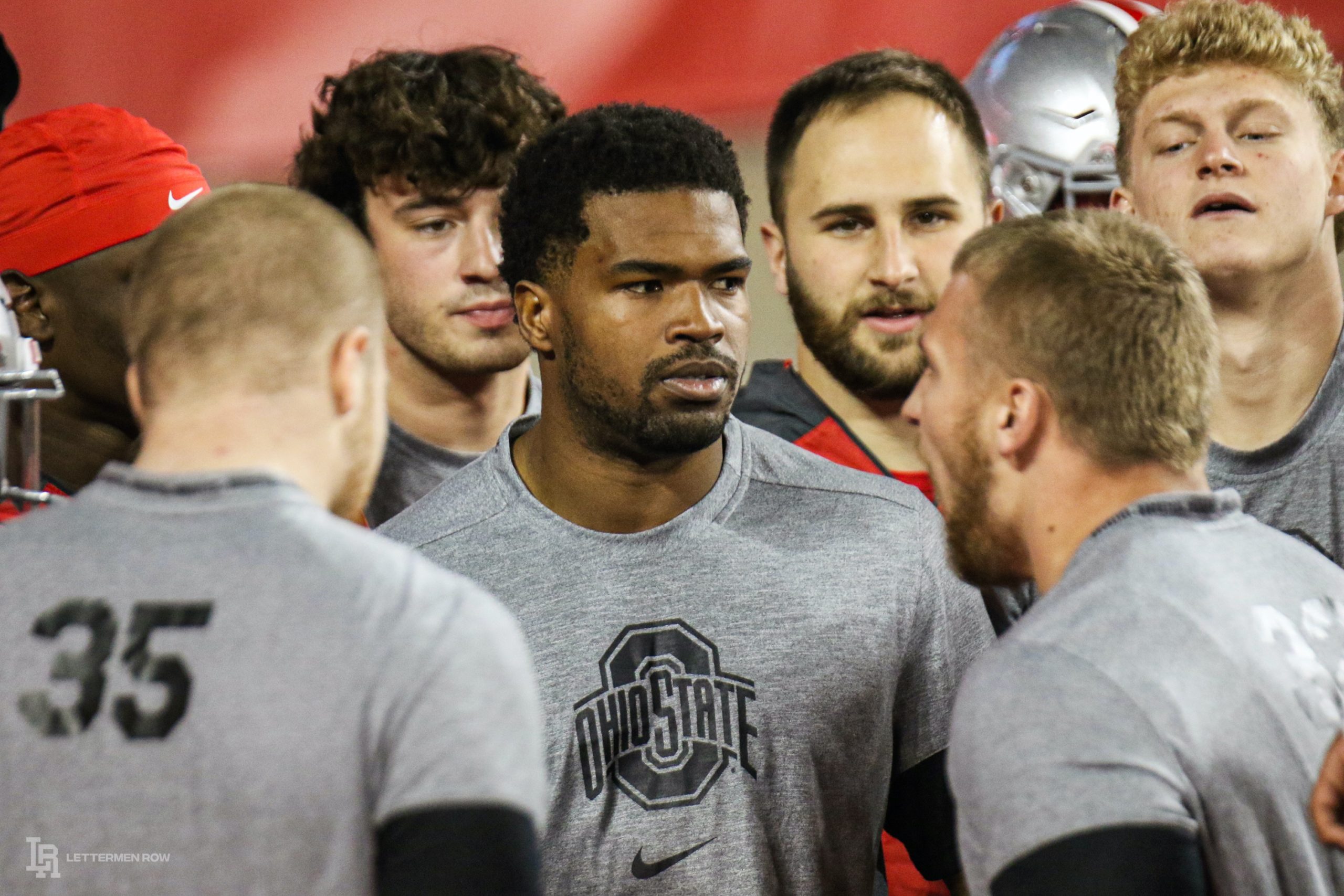 The three-game stretch to end Hilliard’s career landed him on some draft boards, which he parlayed into a Senior Bowl appearance. Down in Mobile, Alabama, for the game, he impressed scouts during the week of practices and finished with four tackles in the bowl.

All that combined has him as the No. 94 prospect on the Pro Football Focus top-100 draft board. Along with the impressive bench press numbers on Tuesday, he recorded 40-yard dash times ofÂ 4.84 and 4.81 seconds with a 9-foot-6 broad jump.

Hilliard’s relied on his college friends throughout this draft process. Joe Burrow was his roommate; Nick Bosa is someone he can lean on.Â He’s reached outside the Ohio State bubble, too. Hilliard and former Pro Bowl linebackerÂ Luke Kuechly each attended the same high school.Â The other connection is the two were coached the same way in college; former Boston College linebackers coach, Bill McGovern, coached Al Washington and Kuechly when they played for the Eagles.

Being able to turn to Kuechly and pick his mind about the game and draft process has made talking to coaches about his college career easier.

“I’ve noticed a lot of them obviously want to know more about my injury history,” he said. “I’ve had tons of injuries that kept me off the field. But, I mean, the vast majority of my injuries have been to my upper body. … That’s not going to affect me really playing the game of football. I’ve had just real honest conversation with the coaches, but I don’t think there’ll be an issue at all moving forward.”

What Hilliard has to be the most excited for is a fresh start.

The injuries he overcame in college have passed. He’s coming off the best season of his career. Plus, there’s less than a month until the NFL Draft.Â What NFL scouts see on their draft boards is a former five-star prospect who was never able to take off at Ohio State. But the raw talent that put him on the map in high school is still there, waiting to be fully tapped.

â€œOne of the reasons I was able to push through all that adversity was because I never lowered my goal when I was injured and not on the field,” he said.